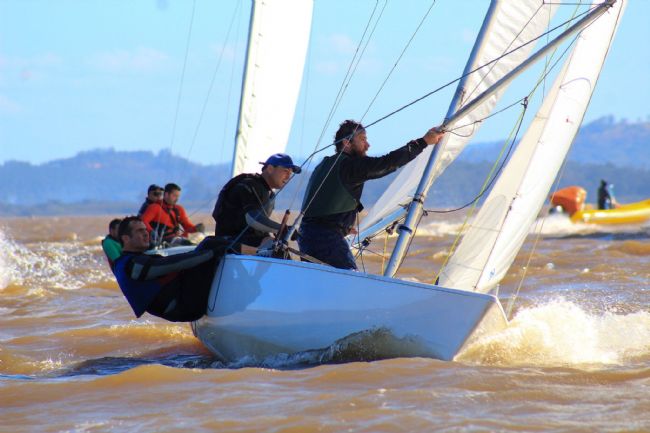 The 51st Brazilian Championship finished past Sunday August 29, after three days of racing with light, medium and strong winds.
9 teams from Porto Alegre and Rio Grande took part at the event.

The first day, with light winds shifting from South to Southeast had the team sailing Don't Let me down BRA 86 with original crew Federico Sidou and Andre Renard and a substitute helm the Young Tiago Quevedo replacing boat owner Cicero Hartmann winning both bullets finishing the first day of competition ahead in the overall results. At the overall they were followed by the new team ICO leaded by Kadu Bergenthal, Beto Trein and Edgar Ortiz in their new acquisition BRA 73 and in third team Drakkar BRA 128 with Dennis Koch, Jimmy Koch and Eduardo Cavalli.

On Saturday the second day of competition, strong winds with gusts reaching 26 knots from Southeast, once more BRA 86 showed the young talent and the fine team work and experience of the crew taking another two bullets, but this time it was the experience of team Equilibrium BRA 78 with Nelson Ilha, Manfredo Floricke and Eduardo Carneiro finishing with two second places, team BRA 128 managed to keep in third place overall but not BRA 73 who at the first race had an early start and returned to proper do it the one and had a bad race falling into 4th .

For Sunday the last day, nice winds from South and Southwest the two last races of the event were held, team Equilibrium BRA 78 won the first race and BRA 86 finsihed second winning the event without the need to sail the last race. With a second win on the second race, team Equilibrium managed to jump into the second place overall and team ICO BRA 73 after two third places managed to climb again into the podium finishing third overall.

Tiago Quevedo in his debut at age 20 and as helm of BRA 86 together with Federico Sidou and Andre Renard are the winners of the st edition of the Brazilian Championship. - 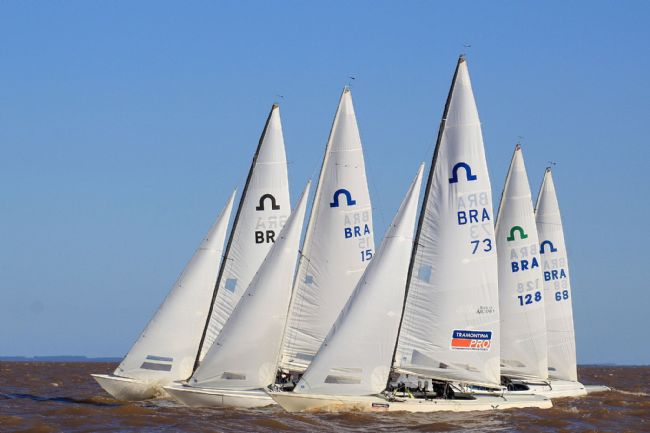 After the start
@Comunicacao VDS 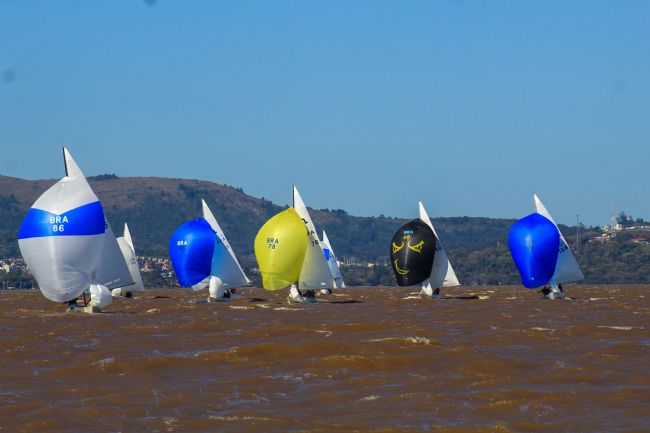 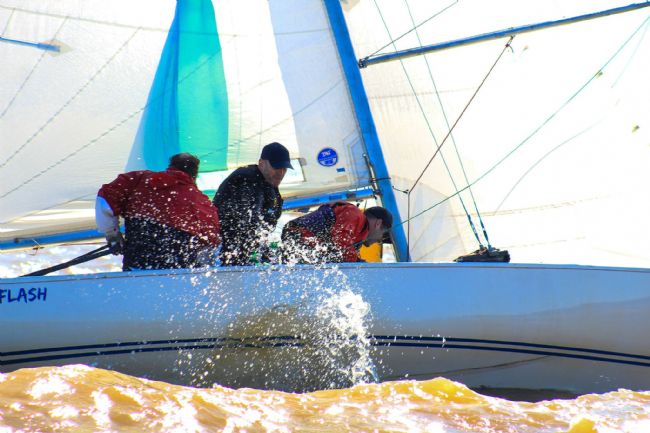 The action at the strong winds
@Comunicacao VDS

The youth is coming back, if you want a tactical and high performance boat, nothing like the Soling, a week ago more than 6 new young teams at the Zipfer Trophy.