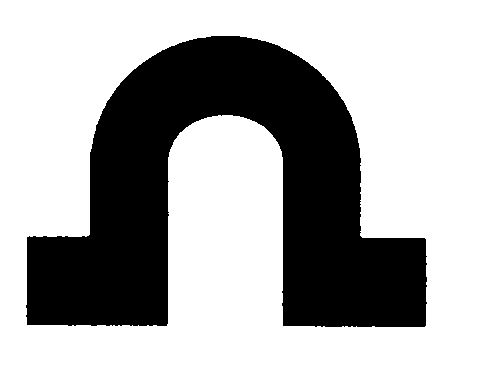 HISTORY -The Soling was designed as a day racer/sailer (without any compromising cruising accommodations) by Jan Linge and appeared as a National Class in Norway in 1965. In 1968 after a series of trials the ISAF selected the Soling (over a number of designs created for the occasion) to be the Olympic Three-Men Keelboat. Despite the subsequent appearance of vast numbers and varieties of similarly sized keelboats, its superiority continued to be recognised by its selection for every Olympics since 1972 until the Australian Olympics in the year 2000.

STATUS - The Soling is the training ground for young (and not so young) sailors who aspire to be great. The Class provides the world's best competition within which the least is able to race against and learn the skills of the greatest. Because it provides such ease of handling combined with unusually sensitive responsiveness to sail and hull trim, the Soling is the boat most commonly used in commercial Sail-Training Schools all over the world.

VENUES - The Soling is raced in numerous countries around the world. Its quickness, maneuverability, and tactical effectiveness suit it ideally for smooth-water lake and bay sailing. Although most of its active fleets are located on such waters, major championships are typically conducted at sea where its heavy weather abilities are best tested.

MATCH RACING - The Soling introduced Match Racing to the Olympics and to the world. Today it is the training ground for and means of entrance into the world of match racing. A glance at the ISAF Match Race Ranking List shows that the vast majority of the top ranked sailors - Russell Coutts, Ed Baird, Peter Gilmour, Magnus Holmberg, Roy Heiner, Chris Law - are either present or former Soling sailors.

SAFETY - The Soling is essentially unsinkable and its multiple self-bailers and high floor keep it dryin the heaviest of weather. Measurement of continued compliance with the Class Rules and inspections during competition ensure the presence and proper maintenance of required safety equipment.

TYPICAL CREWS - Helmsmen can be of any size, age and gender. Crews tend to be younger and fitter. Middle crews tend to be large (200+ lbs, +- 100 kg), but many far lighter have been successful (including Billy Abbott's 125lb wife Joanne who finished sixth in the '96 Olympics). Foredeck crews are of intermediate size, their brains, experience, and skill being far more important than their brawn. All hike (when heeling requires) using comfortable harnesses with ankle attachments or straps. The Soling is a true three-person boat; all three are essential to success (although inexperienced middle crews can be quickly trained) & the Class Rules now accepts sailing by two person with the restriction that the number must remain the same for the regatta and/or series(this new rule is not valid for worlds and continental championships).

FLEET MIXTURE - The Soling Class has been remarkable for its ability to maintain an enjoyable mixture of club and Olympic sailors throughout its racing programs. The majority of competitors at a usual World Championship, although not Olympic aspirants themselves, enjoy going up against and frequently beating the best. By the same token most of the Olympic competitors are happy to contribute their skills and their knowledge to the enhancement of the local racing at their home clubs.

FINANCIAL COMMITMENT - A new International Soling fully equipped for racing costs approximately US$30,000 (plus sails and trailer) but successful used boats can be purchased for under $10,000 including sails and trailer. Even a new boat if purchased by a team comes out no more than $10,000 per person, which considering its durability; makes it the least expensive of the Olympic Classes and less than the vast majority of similarly sized keel racers.

CLASS MANAGEMENT - The Soling Class is managed by an 18-20 person committee of elected and appointed members who work with the WS to assure the long term stability and durability of the boat and the Class. The Class Rules, which are carefully crafted and strictly administered, prevent boats becoming outclassed except by fair wear and tearafter about 10-12 years. This durability has maintained their high resale value even long after their racing life might seem to have ended.

WOMEN IN SOLINGS - The Soling was the only gender-mixed class in the '96 Olympics. Many of its helmsmen are women and at least at the club level many of its crews. In part because its sail controls are so easily adjustable it is considered to be optimally suited for women's match racing. A Former President of the Class Association is Rose Hoeksema.

MANAGEMENT ASHORE - The Soling is typically kept ashore on a trailer and can be easily wheeled by its crew to a hoist where it is launched in a few minutes. An ordinary family car with a standard trailer hitch is sufficient for towing to regattas.

SAIL AND RIGGING CONTROLS - The Soling has controls for every aspect of sail and rig trim - jib tack, halyard, sheet, and traveler, main Cunningham, outhaul, sheet, vang, and traveler, spinnaker sheet and guy, jibstay, backstay, and upper and lower shroud cars - led to both sides of the boat with cascaded increases in power which provide for fingertip adjustment.

if you want to find out more you may contact class secretary at admin@soling.com
print           translations: 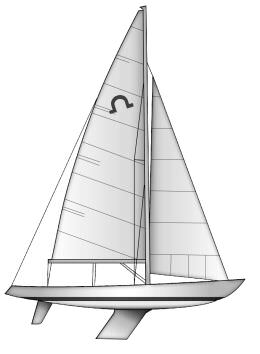