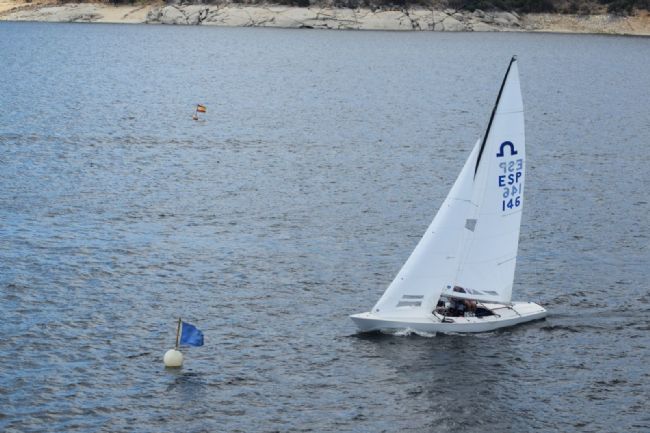 The sailing community in Madrid is back in action with all the safety measures, enforcing all the protocols stablished by the General Sports Direction from the community.
The Real Club Nautico de Madrid hosted the past weekend the first regatta of the season in region, after coming back to the new normality, celebrating the Autonomic Cup for the Soling class with great attendance in a fleet of 13 boats, under acceptable wind conditions in general lines which allowed to complete 4 races.

The ‘newest' Sanbo ESP 26 from Carlos Elosegui, with Cuco Gomez and Juan Ramon Jimenes won the title after the following finishes 3-2-1-2, and a total scoring of 8 points. The second place went to Guia II from Alfonso Colon de Carbajal with Manuel Allo and Jorge de la Nuez finishing only 3 points behind the winner, it was only the 8th finish on race three that put them away for the title fight winning the all the other races. The podium was complete with Bondi from Mikel Alvarez sailing with Guillermo Parodi(sr) and Alejandro Diego, this team started with a discrete 7th place and improved at each race finishing only 8 points behind the leader.

The RCNM in the other hand continues in its new normality regarding his sports calendar hosting next weekend the Autonomic for the Snipe class. In the other hand the Spanish Federation works at this very moment to accommodate the 2020 sailing calendar, after everything was in standby due to the COVID situation.

Next Spanish event will be October 24 and 25 with the Spanish Cup also at San Juan (RCNM). While next event in Europe, the first in Germany will be the Erich Hirt Preis at Starnbergsee in Bavaria, check the notice of race at: Erich Hirt Preis NoR 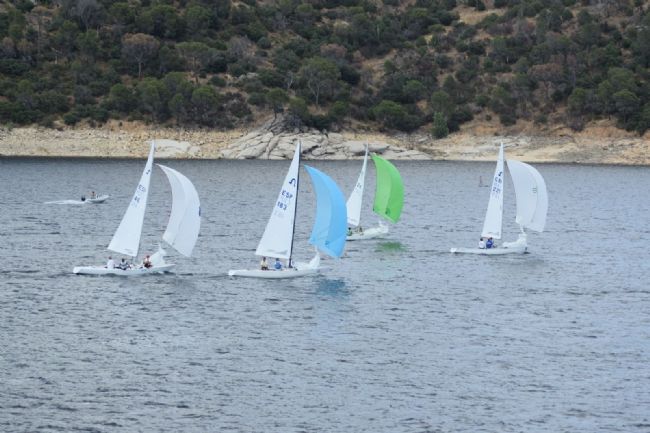 The boats taking advantage at the coast 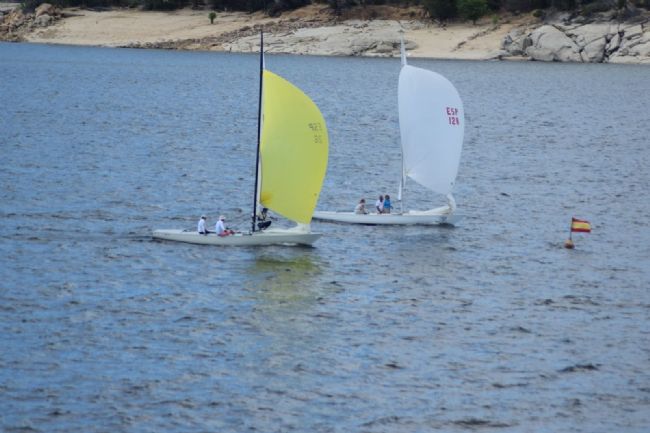 The fight at the finish line 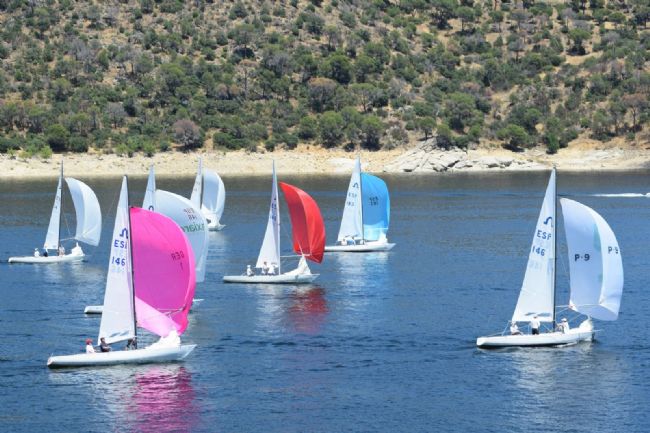 The fleet downwind at the San Juan embalse (Madrid)