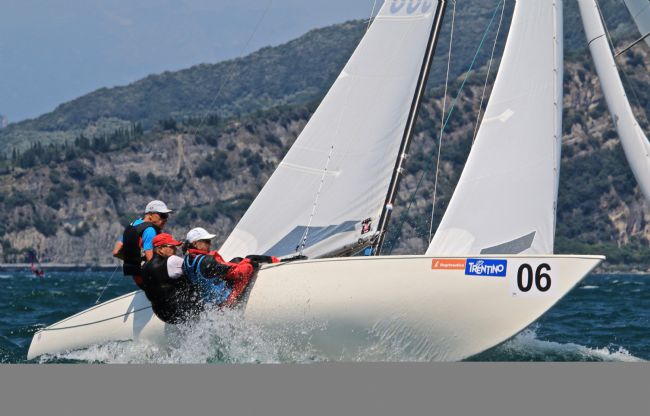 Dear Soling Sailors, 2022 comes to an end, Christmas is around the corner and a new year is approaching fast.
After these past two years facing the pandemic, with all these events cancellations, finally the schedule is mainly being completed, sadly the class were not lucky and ran out of air during the World Championship held at Chiemsee but put together a magnificent European Championship with great wind conditions at lake Attersee, like the one many other events were held successfully, some with great attendance despite traveling became more and more difficult.

No matter the situation, the class office wishes all sailors and friends a great end of year, fabulous celebrations with your families and loved ones and a great 2023 to come, attending as many events as possible to celebrate life and sailing. We hope the war in Ukraine comes to an end, and our fleet there start their normal sailing life again.

The 2023 schedule brings to all in the Northern hemisphere new possibilities to spend wintertime sailing, with the Friendship cup in a league format being hosted in Brazil next February, which Spain has also requested to host a second event in the year during June.
The league concept requires no need to transport boat or sails, an interesting format swapping boats all the time, facing challenges with different layout configurations on each boat, short races, and many of them to bring closer the Soling family and allow outsiders of the class to come and test the boat without investment.

The 2022 season crowned again Martin Zeileis (AUT) the winner of the ranking, and probably the sailor which attended the biggest number of events worldwide. Karl Haist (GER) the wind sniffer sailing together with his wife Irene(GER) followed in the ranking being the best helmsperson, for North America Peter Hall(CAN) comes back to the top and for South America Alejandro Chometowski(ARG) together with Hector and Hugo Longarela(ARG) were the leaders.

On January first a new executive committee takes over the class, Nelson Ilha(BRA) will start his activities as class president being helped by Han Van Veen (NED), Peter Hall(CAN) and Martin Zeileis(AUT). More about the committees will come during winter time when the office will prepare the new grid of volunteers at the ISA Committee which with their dedication and best efforts will conduct us to fun racing next 2023.
Most of cards and stickers were already forwarded to the NSAs, missing ones like Spain, Norway, Sweden, Denmark, and Japan will follow during January.
During February and March Soling Sailing 2023 production will begin, so be aware if you want to forward information to be publish, please start doing it so!! we need the ones to prepare a good publication to those who tend to collect them.