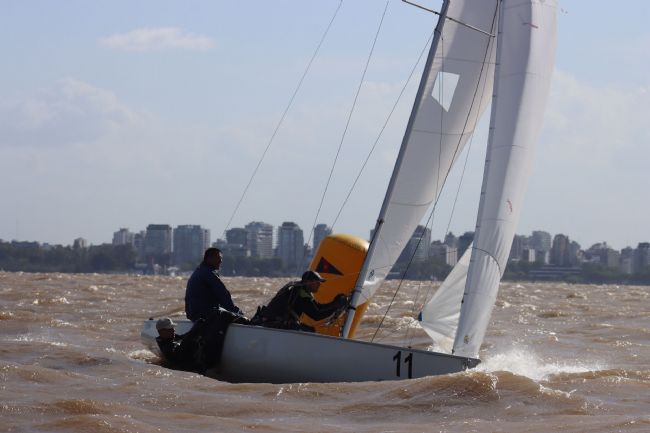 This Saturday with a fabulous weather 4 more races were held at the `Rio de la Plata` during the 2022 Argentine Championship reaching the total races goal and including the scheduled discard, this concluded the last event of the Soling class for the year 2022, a good recovery year after the two ones under influence of covid.

The first race of the day started at noon (1200) with a 7 to 12 knot breeze from the East. A group of boats despite the river stream went to the right side, and it did work, they all rounded the windward mark leading ARG 41 with Maffei, Bermudez and Salvatierra followed by ARG 39 sailed by Peiosajovich, Fioriti and Fioriti and in third team “oneEye” USA 853.

The second race already saw a wind increase to 10 to 14 knots and now coming more from the South East. It was an interesting race leaded by ARG 32 with Warburg, Celedoni and Weppler and followed by ARG 37 and ARG 29 the rookies Gutnisky, Huwei and Huwei, on the last downwind ARG 37 went to the left followed by USA 853, ARG 42 and ARG 41 and at some point lost its place, the same for ARG 29 both at the very last part of the leg could manage to retain their roundings, where the 6 follower boats rounding in no more than two boat lengths. It was a great finish for the rookies, coming all the way from the Argentine Mesopotamia to test and see their skills in a Soling.

The third race of the day with a stronger wind had plenty of 15 knot and occasionally gusts above it, tending to go even more right. Had ARG 32 to lead the race and lose it on the downwind to ARG 37, ARG 39 again in a solid race kept their third place.

The fourth race who kept same condition of third race but a bit more to the right, had ARG 37 Chometowski, Longarela and Longarela in a solid race, covering USA 853 team “oneEye”( Collins, Hasenclever and Iconomopulos), and managing to keep a fast ARG 39 with Peisajovich, Fioriti and Fioriti behind, consolidating the Argentine title for the year 2022 followed by USA 853, ARG 42 with Zanetti, Cambon and Ferrero despite finishing in a tie with ARG 39 had a bullet to weight in their side and hold with the third place.

The prize giving was held on Saturday evening with a BBQ and Sunday was left free to the sailors that many have important commitments.

A special thanks to the CNSI who was flexible on the organization to meet all Football WC possibilities. 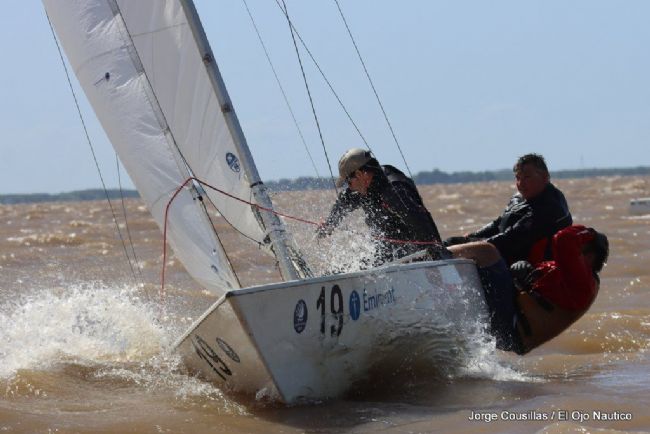 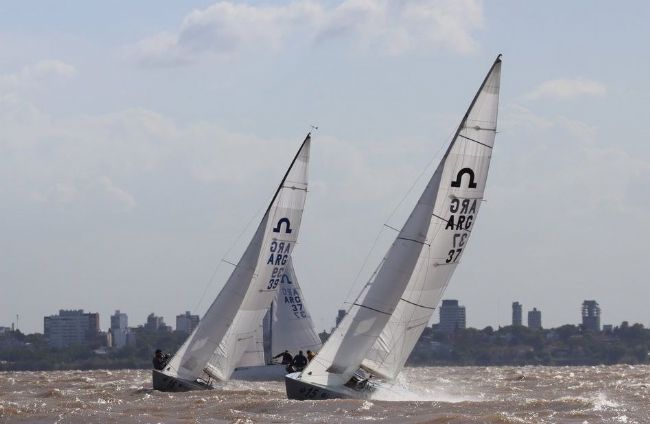 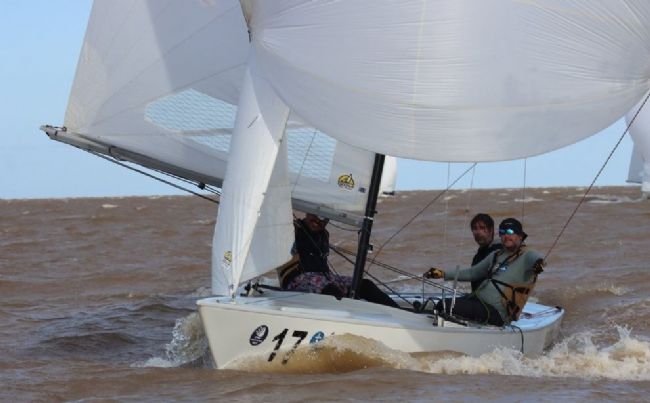 Thank you Roman, it was a great sailing and also a great game yesterday, amazing weekend that everything worked well.
Cheers

Dear argentine friends: a fantastic and thrilling final came to an end and normally, there should be two winners.
This is not possible and so congratulations for the title and one of the best players ever: Lionel Messi.

So enjoy your asado and all drinks, merry christmas and a happy new year... ;-)

Congrats to Chome, oneEye and Alberto with all their teammates.

Good to have a flexible PRO coz I think, ALL argentine sailors will have the same appointment: football finals and that moment the Albiceleste leads 2:0... ;-)

We all will have an appointment for the SAs in Punta and some of you guys to meet in Porto Alegre for the Friendship-Cup... greetz.