Argentine Championship the event at the wind

Argentine Championship the event at the wind 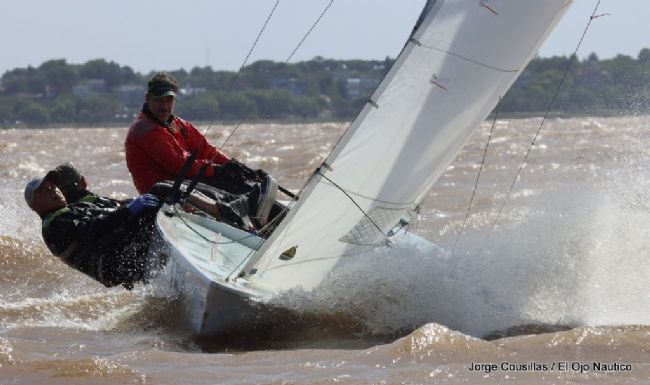 This Friday started the 2022 Argentine Championship, the date move worked out for the class, even when the country football team move into the finals at the World Cup, condensing the racing for just Friday and Saturday, a fabulous weather condition, typical for the season time, strong winds from East – Southeast from 20+ knots, from the 11 entries only 8 boats dared to face the Friday racing, the wind gets a bit more stronger at the late afternoon, besides all working issues prevented some teams to get to the race course.

Only two races were held they started late at 1530, mainly because it was quite difficult for the teams, many new ones even coming from different states.

The first race ARG 32 with Warburg, Celedoni and Weppler started at the right point at the pin end, followed by ARG 41 Maffei, Bermudez and Salvatierra they lead the race at the beginning, after a couple of shifts, ARG 37 with Chometowski, Longarela and Longarela moved forward followed by USA 853 team “oneEye” with Collins, Hasenclever and Iconomopulus followed by ARG 42 with Zanetti, Cambon and Ferrero.
The downwind at this race the battle was for the third place amongst USA 853 and ARG 42, team “oneEye” started to go a bit faster while ARG 32 had material failure at the boat and basically lost the forestay (delamination inside of the fitting for forestay and jib down).
ARG 37 started to heavily cover team “oneEye” which caused them to fall into third against ARG 42 at the rounding mark, but the downwind worked all well, while ARG 42 in a broach left an easy ride for team “oneEye”. Team ARG 32 abandoned the race and went back to the Yacht Club.

The second and last race after a great start team “oneEye” leaded the race to lose the pole at the downwind rounding mark, (already spi driver was tired and losing concentration besides missing the morning Nesquik). But the upwind speed was key and USA 853 regain the lead at the rounding mark… but again during the downwind a Chinese jibe quickly recovered but badly handed by team “oneEye” ended up with a wrap in the spinnaker that took too long to unfold… being passed by ARG 42 and ARG 37 that was really far behind…

Tomorrow 4 races will be attempted, and the start is schedule for 1200 when wind will be a bit lighter but it will increase for the afternoon. After the races the class will hold its Annual Meetings and a gathering BBQ. 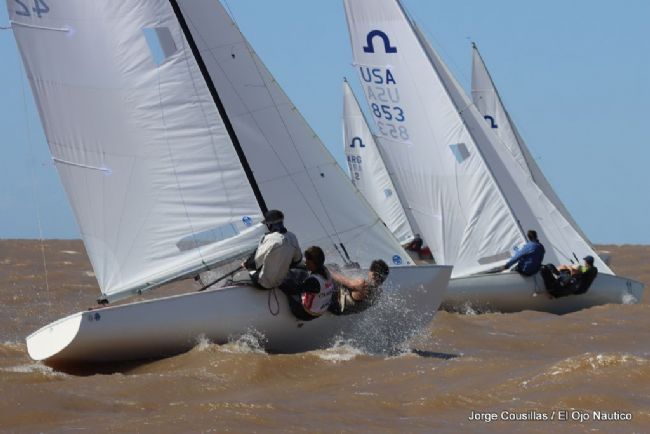 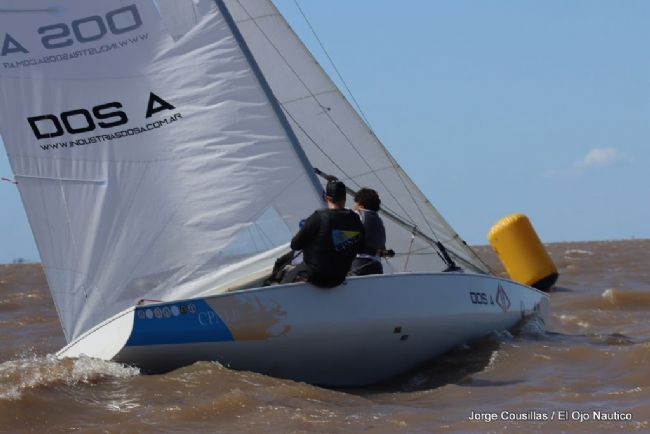