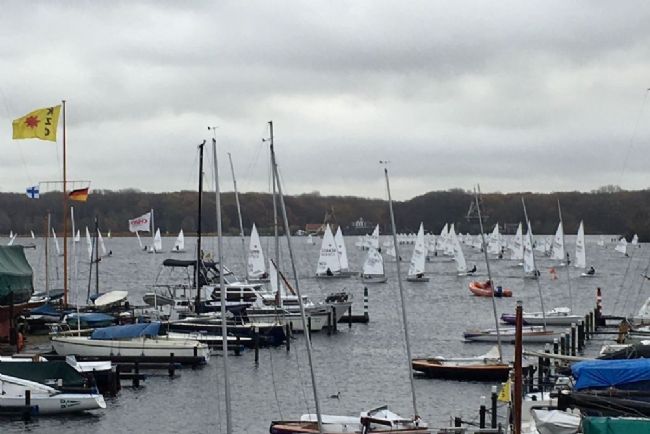 The crowd at Kralinger lake

Last weekend more than ten classes met to sail the last regatta in Europe for 2022 - the famous Boterletter at Lake Kralingen in Rotterdam/Netherlands.

The name Boterletter derives from a bakery product - the Dutch letter is a type of pastry that is typically prepared using a mixture of flour, eggs and butter or puff pastry as its base and filled with almond paste, dusted with sugar - usually an O, S, M or (upside down) W. It will be given at the evening before Santa Claus (6th of December) - thats the reason why this regatta is always at the weekend before this day.

This year the Soling Dutch Open was sailed together with Boterletter - between 70 ILCAs (formerly Laser), 60 Optimists and some others…

On Saturday 3 races (all won by Rudy den Outer) with lunch between the first and second race and on Sunday two races with hot beverages between (won by Michael Dietzel and Rudy).

1.) The comeback of Theo de Lange! Warmly welcomed after his cardiac infarction followed by the implantation of an defibrillator and meeting some of his French lifesaver - although “only” in the club carrying out prize giving but next year on board again…

2.) Great thanks to Bram Soethoudt (NED 38 - 4th place), who made his supposed reserve boat (NED 44) available to us free of charge - THANKS BRAMMY!!!

4.) Thanks to the KZC under the baton of Rudy den Outer hosting the Soling class - great applause for kitchen and bar!

Merry Christmas and a happy New Year,
Yours Martin 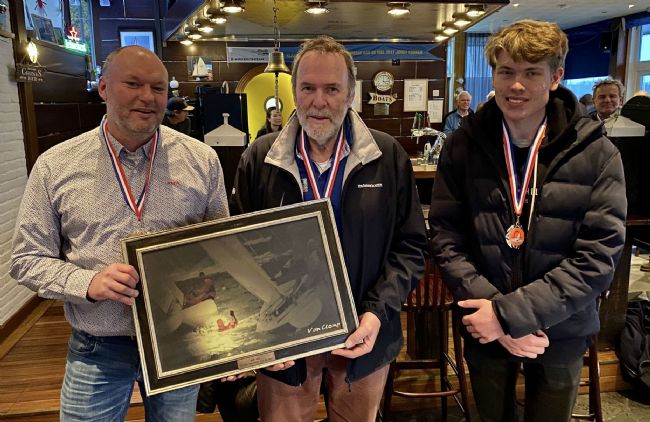 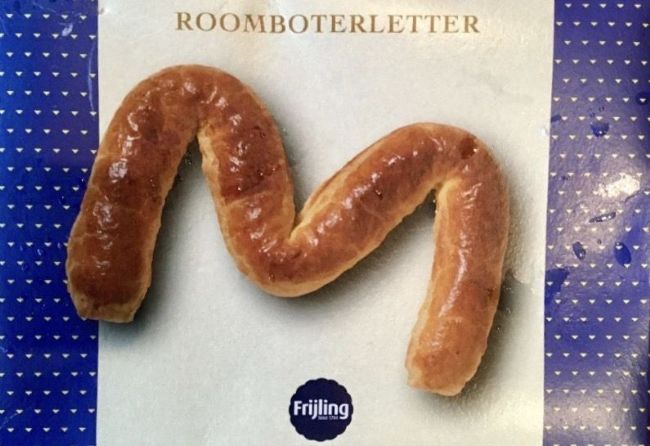 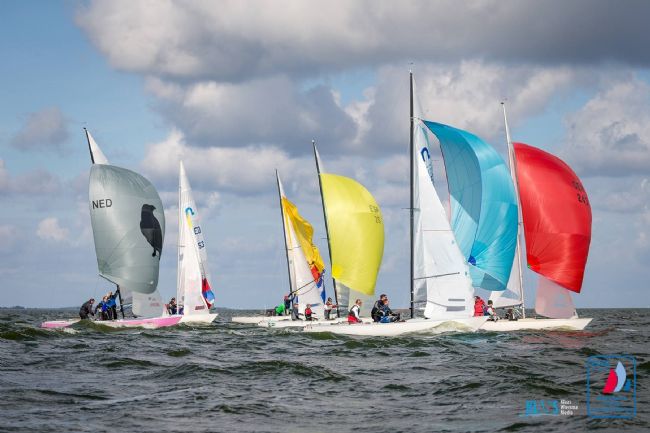