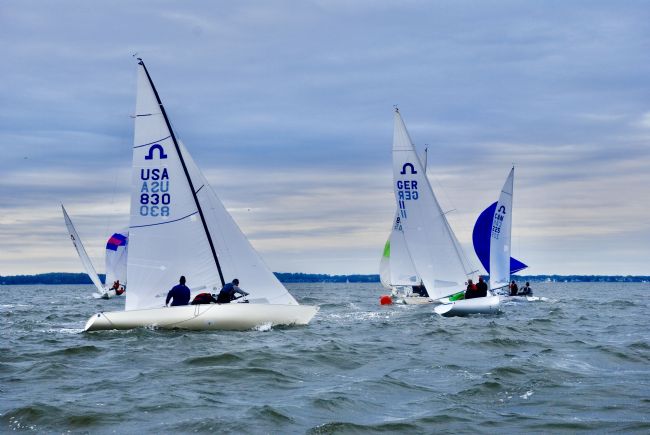 With a cold, rainy day, but with wind, two races were accomplished to crown team CAN 225 as North American champions.

Initially with winds from the North around 12 knots, but with some slight shifts the teams started to play the Chesapeake Bay winds, CAN 225 and USA 853(830) started clearing their airs to the right and then a long drive to the left that put them ahead all other boats. USA 798 with Dize, Hidalgo and Robertson in a great fight with GER 11 with Dietzel, Zeileis and Ramoser that finally was won by the German team.

The second race started after all marks were moved to accommodate a late right shift , CAN 225 ended going bow down just to be able to tack … they had seen the mark way to the right, so boats who went to the left overstood, the case of USA 853(830), team Meltemi USA 857 sailed Olsen Campia, Tevelyan and Folz made their best first beat, rounding first followed by the local USA 798 then CAN 225, USA 845, GER 11 and USA 853. The downwind was miserable, and USA 857 lost the lead by sailing down to the left gate mark, when wind went a little back to the left, moment CAN 225 then became the leader in the race.

After this second race, teams were sent back to the harbor, although there were time and wind for a third race, some happy with the decision others not so much, this due a difference on the NOR and SIs about when the discard would count, but with RRS 63.7 altered by the Sis making the one to prevail over the NOR, then the two races were enough to start counting the discard, granting the title to the Canadian team by surprise to many.

The Jack Van Dyke trophy was awarded to CAN 233 sailed by Tom Freeman, Dave Veldstra and Steve Donker, the best of the red fleet.

Next North American Championship is being scheduled for early June, Hamilton, Canada. 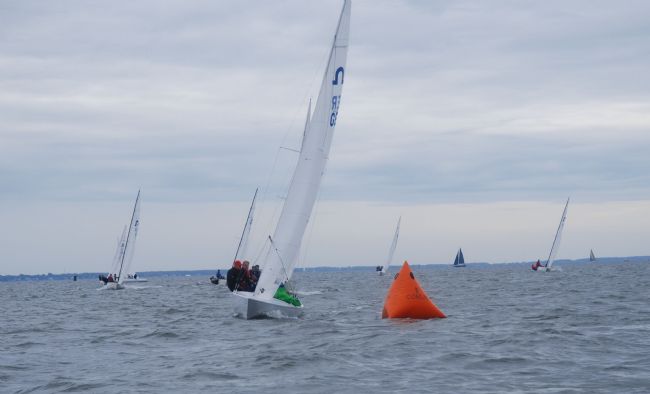 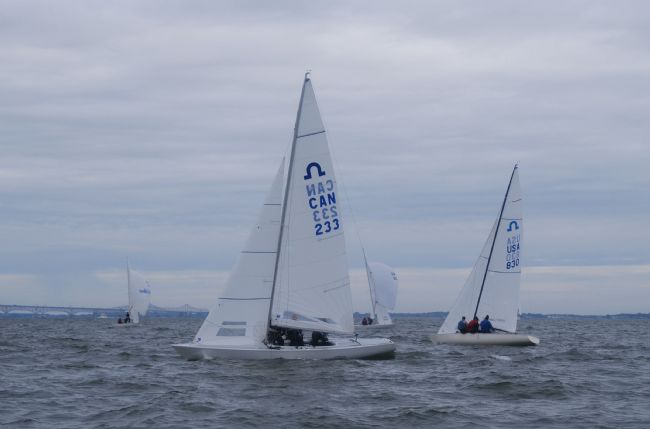 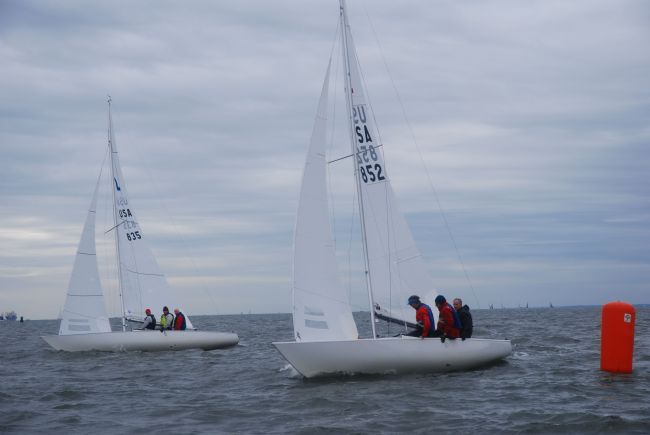