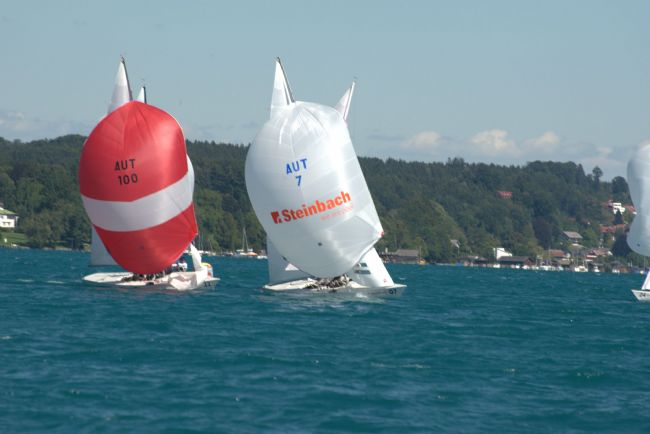 The morning was cold, but the sun came out and increased quickly the temperature back to summer mode, the wind never really built, and sailors kept waiting at the SCK mooring deck.
The waiting was ended at 1400hs the time limit for the last start of the 2022 Steinbach Soling European Championship.

The prize giving crowned the champions with three perpetual trophies, amongst them the Swedish red half hull, the Danish silver sail and a new cup to the best European team in which all team members must be European citizens.

The Rien Segaar trophy donated by the Segaar family was won by the third best team of the best country – AUT 117 Michael Farthofer, Rudolf Mattheis and Lili Farthofer which finished 5th overall.

The Reloaded trophy for the best woman went to Irene Haist sailing with husband Karl Haist and Martin Zeileis on GER 308 finishing at the fourth place.

The BSA young helm trophy for the best under 35 helm was won by Leo Lang sailing with Georg Beurle and Vincent Venger.

The Vincent Manach trophy was awarded by the Austrian Soling Association to Ludwig Beurle for his tireless work attracting more and more sailors and young sailors to the Soling class at lake Attersee, in special for the Zipfer Trophy.

After the prize giving sailors spend the whole afternoon packing their boats in-between some pit stops to re fill their beer glasses and eat flammkuchen. Many continued celebrating the end of the event up to 1100 pm at the club, maybe just waiting the heavy rain to stop, but the glasses were still full filled.

The next European Championship will be head during the Warnemunde Woche in Northern Germany, during the first week of July, tentative dates 4 to 8 (4 days racing and 1 for inspection).

The last continental event of the year will be held in Annapolis, MD from April 20 to 23. ( na.soling.com ) 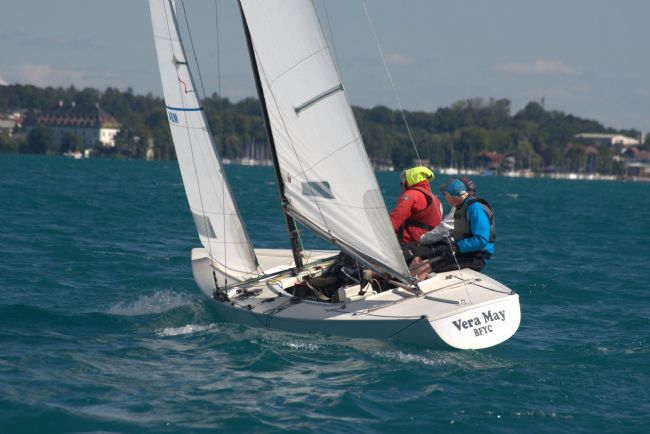 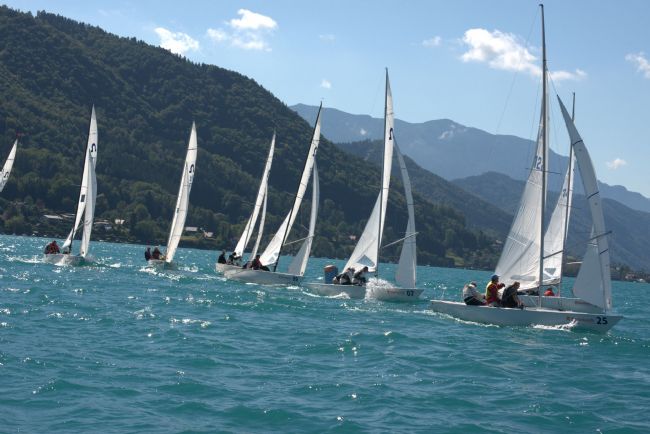 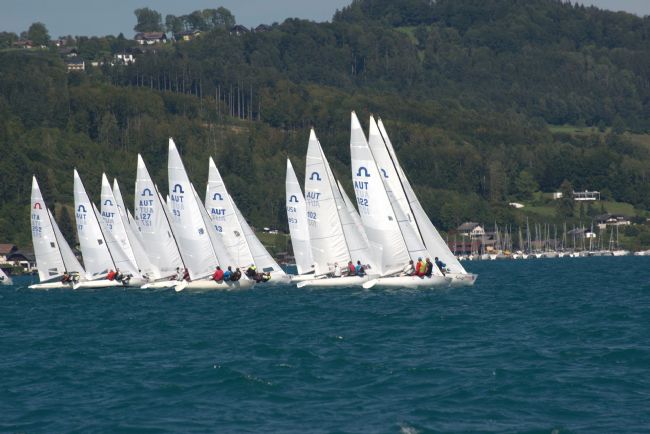