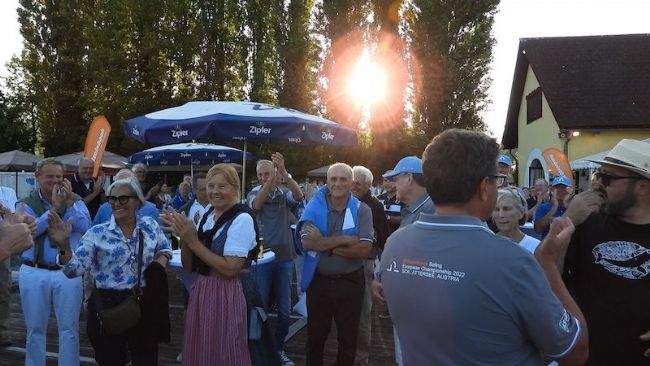 The sun going down at the opening
@Angela Horleinsberger

This Monday, like usually previous any race the weather is fine, sun was shining, the thermal breeze were light but was there, many teams not only sailed out from then UYCAS to the SCK but also took the opportunity to practice. Also many teams lifted theirs boats to clean.
At the SCK the blue squad was full of work , new tables, podium, beer spot, buffet and of course the registration area and sails inspection had them collaborating somehow, a member of the blue squad, volunteer Eva Truttenberger with a meter in her hands, measuring up to perfection the distance in between the standing tables, draw the line… no details are left to random luck.

At 1800 sharp the local band made its triumphal entrance to celebrate the event opening, sailors were received with a cocktail, the usual speeches some of them translated into the English. Gernot Heller (GER 312) listened to his birthday the singing of many at the club deck before PRO Gert Schmidleitner gave his usual recommendations declaring open the buffet.

The evening was oudstanding, the skies clear, and the dream of a great week of sailing is in the air…

Tomorrow 1100 sailors meet and prepare for racing at the 2022 Steinbach Soling European Championship, 9 different countries will contest the trophies.

Below find a nice video of the opening: 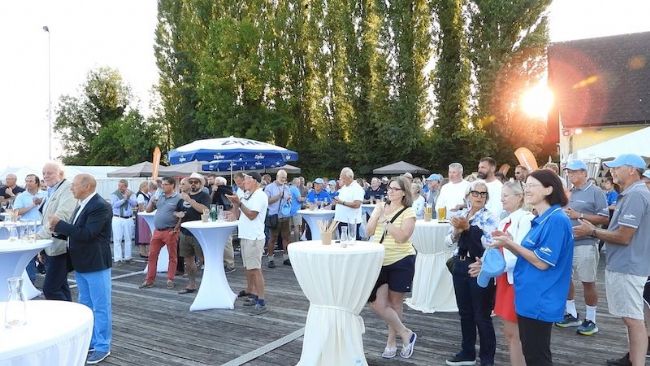 The crowd gathered for the Steinbach Europeans
@Angela Horleinsberger 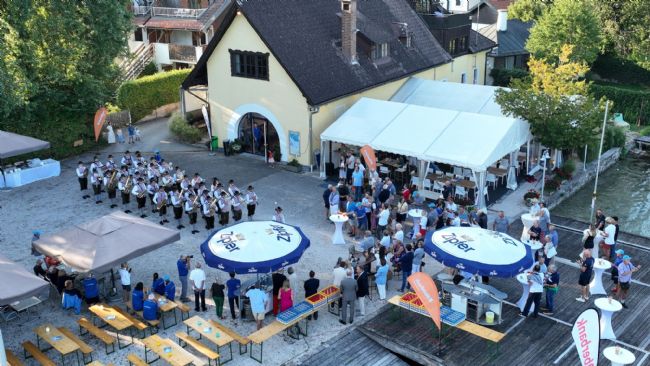 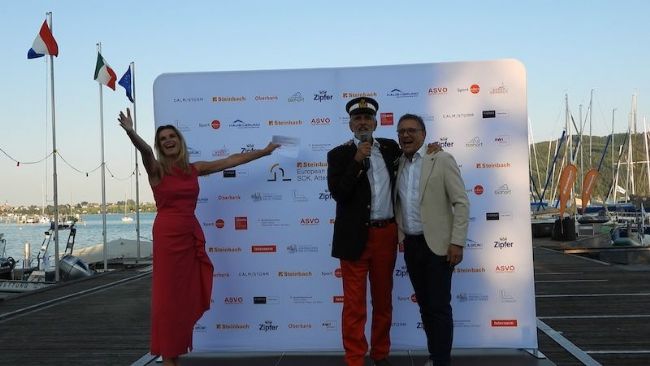