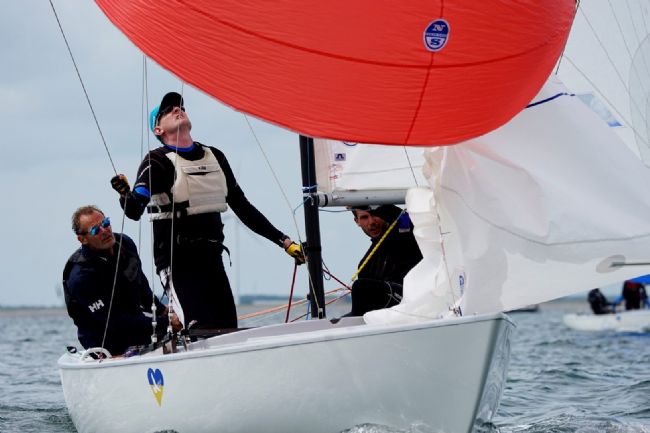 Last weekend the Open Zeeland Championship was sailed during the Delta weekend in Zierikzee. There were 7 boats registered, but unfortunately 1 team had to drop out due to Corona. On Friday the other 6 boats went to the nice old city Zierikzee, to enter the water there at the end of the afternoon and prepare for a competition on "open" water. In the evening, when all the boats were in the water, it was decided to have dinner together and that was super cozy. In the corona time there were limited social contacts and that's why it felt a bit like a reunion.

Saturday morning it was palaver at 08:00. For some, who had made it a little late the night before, this was quite early. The boats were towed out at 09:00, as the wind was unfavorable to sail through the lock and canal under their own power. Once outside, the boats could hoist the sails and sail ahead of the current under the Zeeland Bridge to the starting field. When the boats arrived at the starting ship, it immediately became apparent that the current was a very determining factor, which had to be taken into account when sailing.

The first race was between 14kn and later 4kn wind. After having sailed 2 laps, the NED 37 crossed the finish line first, the NED 45 second and the NED 38 third. By the way; the NED 45 is the second Soling of team NED 37 to participate with an occasional crew. These men had never sailed together in a Soling before. In fact, they had never met each other. Helmsman Ard had never steered in a Soling before, middle man Pauck is no stranger to the Soling and has crewed a lot in the past with Gabor, Rudy and Bram. Fordeck Francesco from Italy we met during an Italian Championship where he told us that he works in the Netherlands and was eager to sail if there was a shortage of crew. They immediately showed in the first race that they surely had to be taken into account! Game two got off to a fast start, in fact, three boats had crossed the starting line too early, so they were told later that they were being put back. Those who did start well were the NED 48, NED 49 and the NED 37.

They went for the first three places and the winner was again the NED 37, followed by the NED 49 and NED 48 with corrected places. After this the current changed on the Oosterschelde and the wind dropped in, so this was the end of the racing day. On Saturday evening, a cozy joint dinner was planned in the Marktzicht restaurant. While enjoying good food and drinks, the strong stories were told.

Day 2 started out a bit the same in terms of weather and wind, so we went outside again in tow. The first match was won by NED 45, followed by the NED 49 and the NED 37 as third. Between the first and second race, the starting ship and the track were moved. In the second race, the numbers 1 and 2 from the previous game had swapped; NED 49 crossed the finish line first, NED 45 second and NED 37 again third.
Race 3 was on the cutting edge. There was a lot of calculation on board, because one race would be discharged and that really made things exciting because a few boats still had a change for the title. The NED 45 got off to a strong start again, with the NED 38 and NED 37 in tow. The NED 45 and the NED 38 dueled together on the port side of the field towards the finish line. NED 37 reached third from starboard to the other two, was able to join the fight and take advantage of the "space" that fell between the NED 38 and the finish vessel and then took the victory at half a boat length.

Afterwards there was of course a lot of discussion, but the competition committee thought the action was daring, but clean. So after calculating the following result came up.

After the award ceremony, the secretary of the Dutch Soling Club thanked the organization and said that they will try to start with at least 10 Solings next year. And of course that doesn't just have to be Dutch boats. There are always at least two charter boats available (NED 44 and NED 45).

There is an extra mentioning for the yellow Kaas!! boat of Leo Lems, who left Noordschans early Friday morning with his crew motoring with his boat to Zierikzee. Also engine trouble on the way, but that didn't stop them from sailing with our club. From the first race not finished to the last race nicely connected to the competition field. A great performance in their first real competition weekend, we hope that many more will follow. 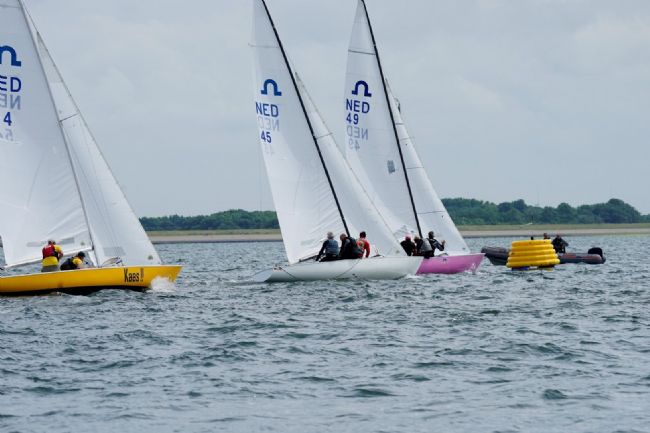 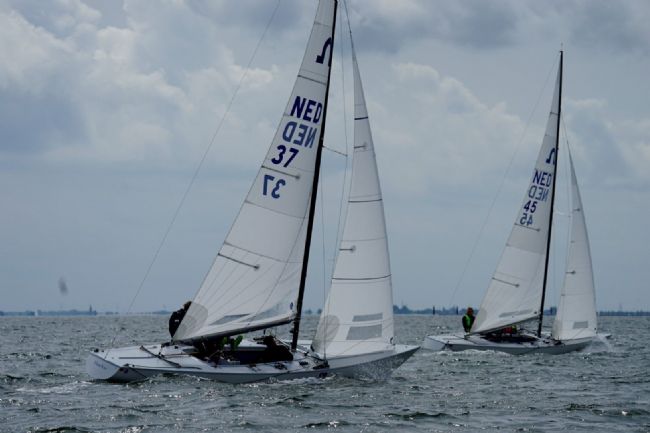 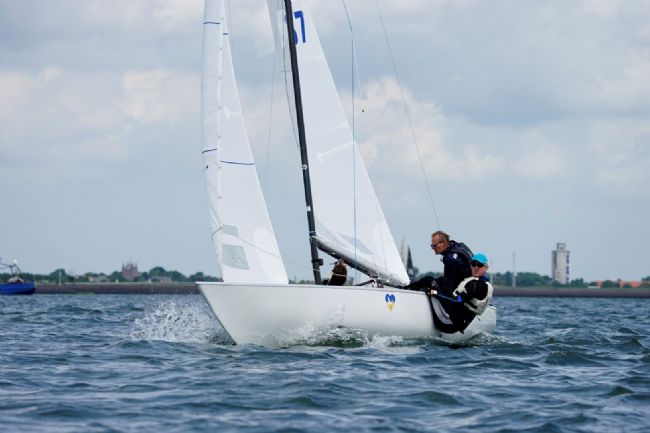