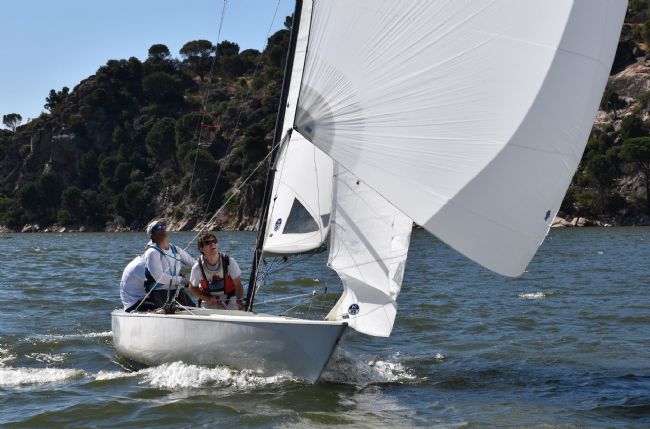 The gusts on Friday
@ Ignoto

The 2022 Spanish Championship edition had 15 teams challenging the trophy from different regions of Spain and also the International skipper from Canada Peter hall which today was his birthday (73).

Jaime Alonso Allende with Juan Pablo de Diego and Julio Soria sailing Rondam ESP 34 the local sailor who showed his strength at the first day and then kept regular finishes got the title despite the tie in 20 points with the ESP 146 with Mikel Alvarez, Claudio Montalban and Eduardo Olmos.

Completing the podium ESP 26 coming all the way from Valencia Manuel de Tomas, Vitor Soto and Diego Fructuoso not far behind with 23 points.

ESP 14 with Alfonso Colon de Carvajal, Jorge de la Nuez and Manuel Allo obtained 27 points being in fourth and with the above teams the ones that collected most of the bullets during the events, the exception was ESP 46 with Francisco Villa, Miguel Martinez and Antonio Segherz who also managed a bullet on the first race of the last day.

This Sunday was the worse to sail, with lighter winds, that forced the RC to shorten courses to make sure races were complete. Friday and Saturday, all 6 races scheduled were achieved by the RC.

On Saturday the RCNM offered a dinner to all participants, the special Guest Peter Hall that sailed on ARG 32 with Guillermo Parodi, and Guillermo Parodi Jr. gave an emotional speech.

Class representatives Tomas Peuvrel, Carlos Elosegui and Jorge de la Nuez pulled out a great event at the “Swamp” with an incredible participation that potentially could lead Spain to organize soon a major event, like the one planned to Santander and abandoned due the consequences of covid everywhere.

Besides the usual local starters, there were also the youth present from the Naval Architecture University in two boats lended by the RCNM. 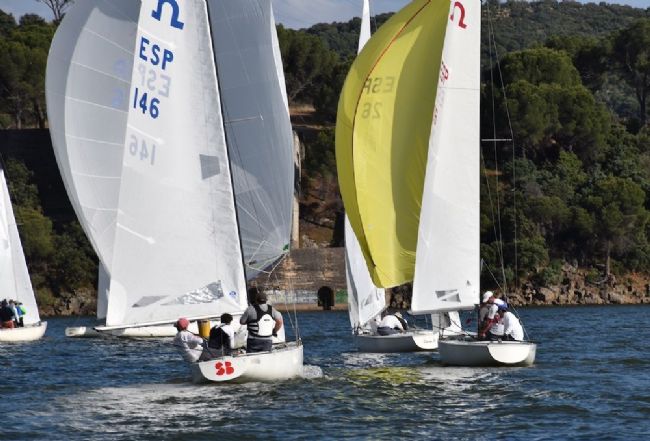 About to round the leeward mark
@Ignoto 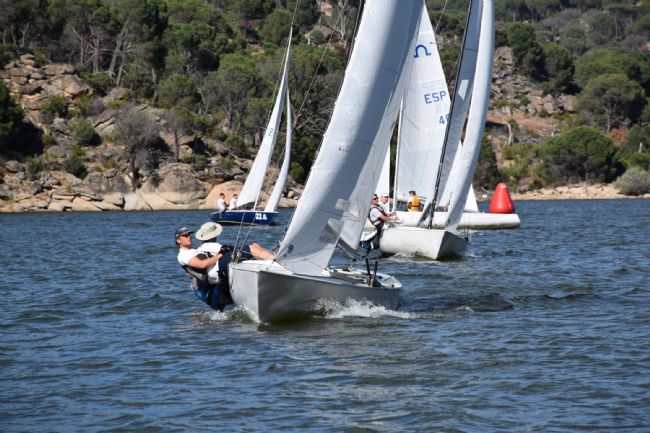 About to round the mark
@Ignoto 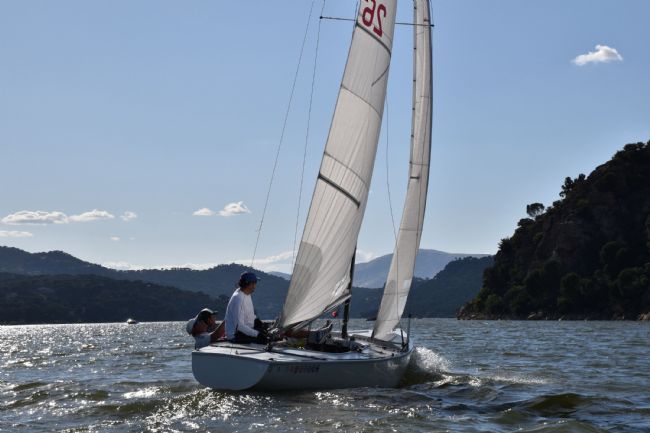