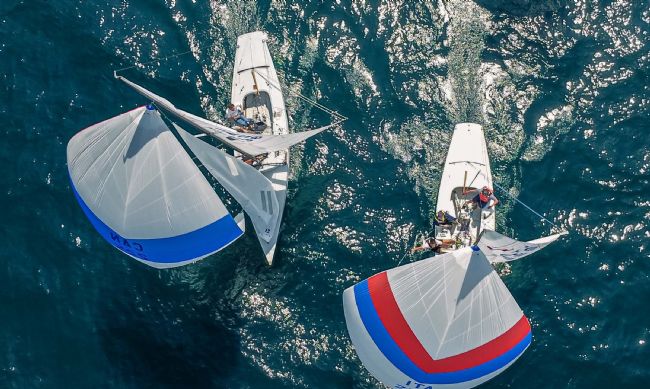 This past Saturday, more humidity, the wind came later into the lake, intensity had more up and downs varying from lighter to stronger than yesterday made the whole situation shiftier.

Anyway the teams got out in the lake after a great Friday night of fun together in different Bellano restaurants, the fight for the pin end was in the table on every race, the team from Tuscany ITA 258 with Michele Tognozzi, Haakon Haraldsen and Massimo Alboretti managed to get the first bullet of the day, leaving behind NED 33 with Rudy den Outer, Theo de Lange and Bram Soethoudt, in third at this race it came ITA 252 with Alberto de Amicis, Luca Negri and Marco de Amicis.
For the second race NED 33 did the job again and kept its single bullet of the day while the the team from Garda – ITA 259 with the Maffezzoli brothers got their second place after a slow start on the first race. In third came ITA 258.

Meanwhile the wonder-girl have been closing the toes achieving two 4ths in the first two races.

But at the last race, things changed and the boats fighting at the pin failed and ITA 119 wonder-girl Marta Garrone, Marco and Francesco Garrone together with ITA 194 Massimo Cattaneo, Antonio Gorgoglione and Andrea Serlini served on the right side, ITA 119 kept fiercely strong winning their bullet, ITA 194 slipped a bit but anyway finished with a good 4th in between NED 33 and ITA 259 recovering from the start.

This brought the overall results to an intense fight for the last day of the event. Three different Italian regions seeking the Italian title with just one point of difference, NED 33 with just a race missing have won the event already, since his discard is just a second place.

ITA 259 (Garda), ITA 258 (Tuscany) and ITA 199(Bellano/Como) the teams to watch tomorrow where just a single race is scheduled to finish the event. 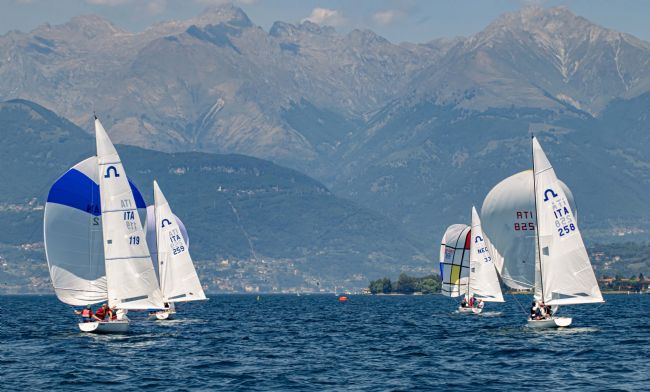 Downwind with Switzerland in the background
@Matteo Garrone 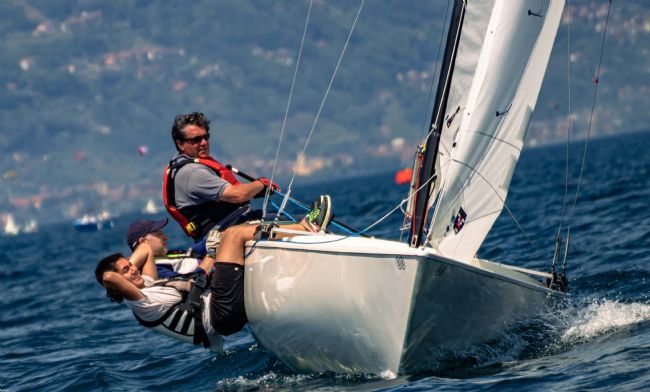 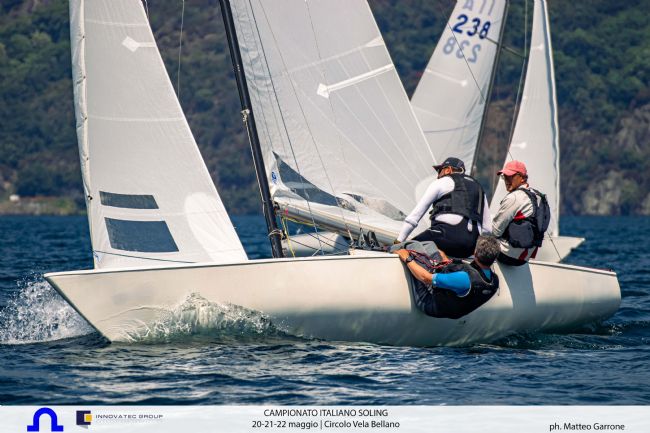