No chances to a World Championship at Chiemsee

No chances to a World Championship at Chiemsee 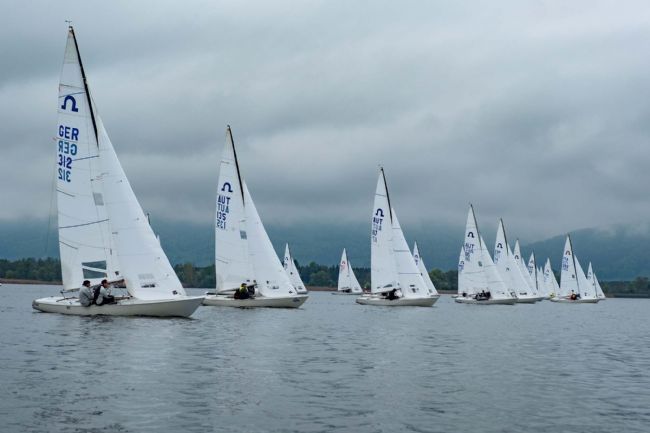 Fleet from the left approaching the mark
@Dirk Salmon

After the 4th day, no regattas were raced, despite this Friday the Race Officer today attempted to do a race in real light westerly wind that after the upwind started to fade away and before boats could round the leeward mark the race were already abandoned, there was some waiting at the water but nothing came in, and about 1pm all boats returned to the harbor.

Unfortunately, the lake was a mirror, and 1630 the race committee had to regret and inform that no World Championship was possible, although if races can be sailed the traditional Omega Cup could be achieved. The issue still relies on the forecast that looks even worse than Friday.

A few far teams already decided to pack their boats for their long Journey back home, like the Spanish and Norwegian boat, that by returning early would be able to race their Wednesday night series. The Spanish during their trip lots of time to think on their big project to put a bid for 2023 Europeans at Palamos.

After the announcement of the race committee, the class gathered together inside the CYC restaurant due to rain and celebrated Michael Dietzel's birthday ! 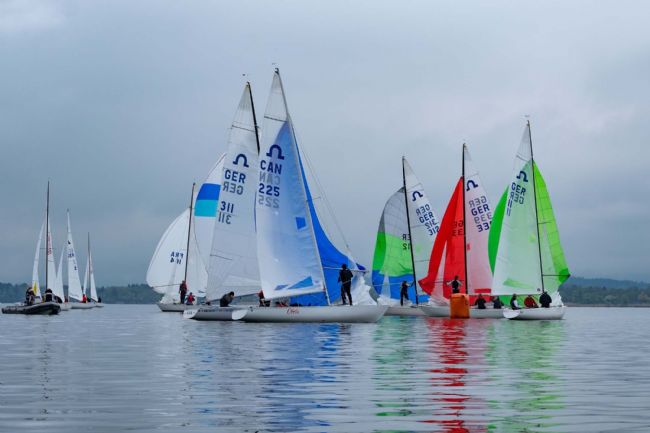 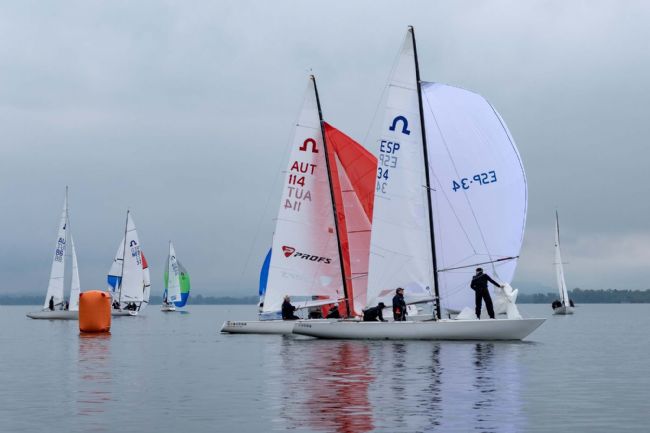 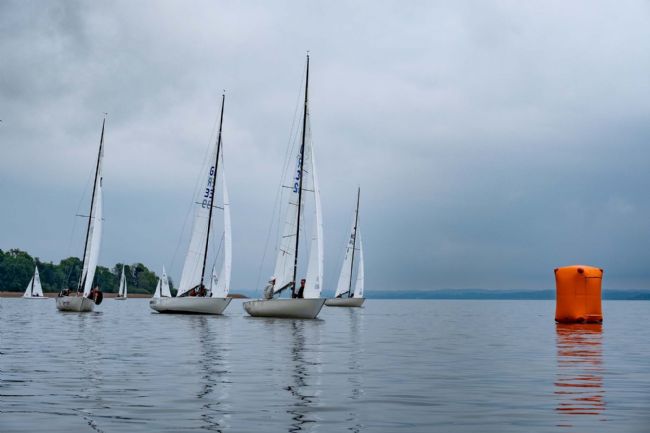