Only the Bacardi party at the Worlds

Only the Bacardi party at the Worlds 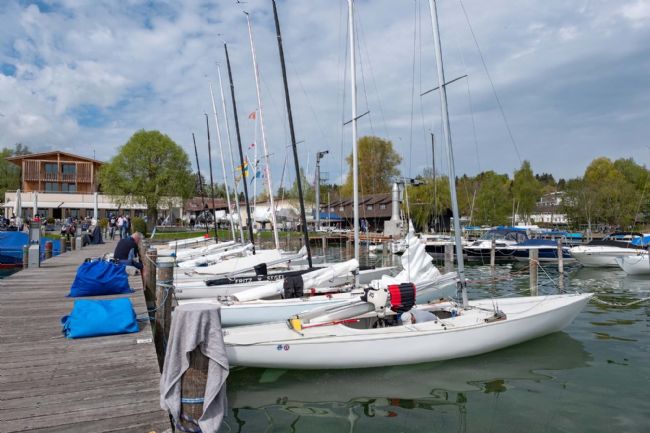 The boats resting at the moorings
@ Dirk Salmon / CYC

After a thunderstorm during the night, again the skies were shining at Chiemsee, but clouds all around and no wind, sometimes the breeze started but from the Southwest, not enough accordingly to the Race Committee headed by Kai Schrieber.

Sailors were playing Volleyball, chatting at the restaurant terrace, but tireless Ludwig Beurle (AUT 102) a fierce promoter of the Zipfer Trophy was around with his typical folder, the Zipfer beers as tip, and the ready in hands entry forms … he already collected more than 20 entries for the event to be held the weekend before the Europeans at the Attersee. Stephan Beurle (AUT 7) the brother didn't want to be behind as head of the Europeans to be held at the SCK anniversary from August 28 to September 5th , so he was also distributing the nice flyer of the event were more information is found at the typical www.solingeuropeans.com address.

Once the Race Committee finally abandoned the day, the CYC started with the beer to all participants, then the pizzas and then it came the cola and Bacardi, Cuba Libre filled the place. The party even had music provided by the team crew on AUT 100 Paul Oberfrank and Max Reisinger, sailing with Christian Spiessberger. Michael Dietzel interrupted all sailors to honor Mauzi Koch and her family present, as the Bacardi party was always promoted by her.

Paul and Max is part of a selected group of sailors who joined the Soling class recently but still are under 20s, Like Moritz Strauch and Louisa Muller sailing on AUT 43 , Marco de Amicis on ITA 252, Luuk van Veen on NED 49 being the youngest, they just merge together for the group of 30s with Anna Dietzel and Hannes Ramoser on GER 11, David Schuh, Lorenz Pichler on AUT 135, Lisa Farthofer on AUT 117, Joe Ironside and Nathan Weaing on GBR 144, Phillip Nill on GER 27 all that bring fresh air into the class, and promises for a great next summer for the second major championship to be held in Austria, not far from here.

Tomorrow again the warning signal is scheduled for 1000am, but forecast again doesn't look good, if no chances to start races in the morning, Michael Dietzel the ISA president will do a roll call for a members' meeting where sailors have the opportunity to ask questions, provide ideas, and discussions to be analyzed next Annual General and Committee Meeting to be held in between the Zipfer and the Europeans at lake Attersee next end of August. 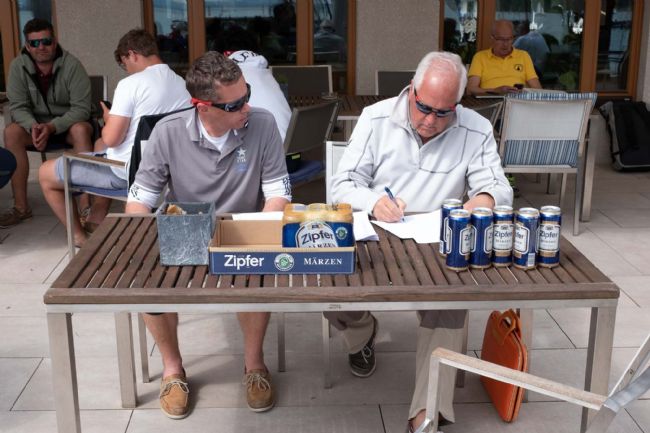 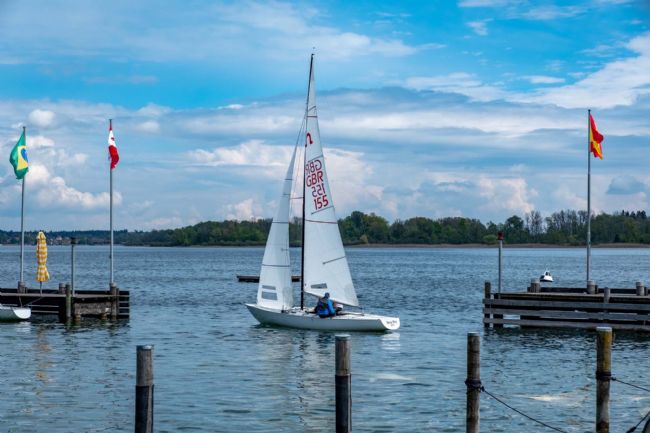 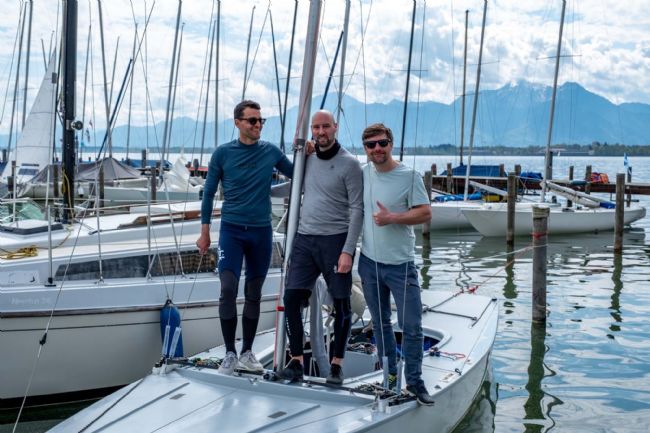