Instead racing , one more training day

Instead racing , one more training day 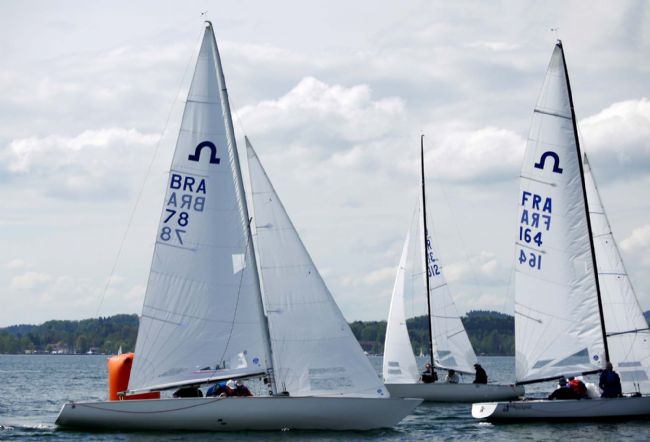 Rounding the mark at the practice race
@CYC

Chiemsee offered a great morning weather, no rain, a nice sun, Weiss Würst for breakfast and beer, the Opening Ceremony where Tina Lutz the silver medallist in 49erFX for Germany and the godmother of the 2022 Soling Worlds declared open the event after all the official introductions, including the special thanks and goodbye to Jean Pierre Marmier, Soling Class IM since 1968, finishing his last appointment at World Sailing during 2022.

After the skipper's meeting where Race Officer Kai Schreiber noted the few details like the lightning system to announce storms, the environmental area around the lake where is forbidden to go inside and the shallows(mainly rocks), Kwindoo was formally announced and the Jury leaded by Jean Pierre Cordonnier answered a few questions, most boats attempted to sail a light and patchy breeze coming from Southeast (mountains), the sailors were out but the shifty conditions and the intensity variations just made the race committee vessel not even leave the harbor, meanwhile they were controlling the conditions with the windward mark vessel.

Around 1400hs all boats were back into the Yacht Club, the teams gatthered at the restaurant terrace and waited to the official day cancellation that only happened around 1630hs.

After a little while the CYC restaurant offered the sailors beer and pizzas at the mooring deck, with a great view from the mountains and all storms around that didn't yet reached Prien.

Tomorrow the warning signal is scheduled for 1000am but forecast still doesn't look good. 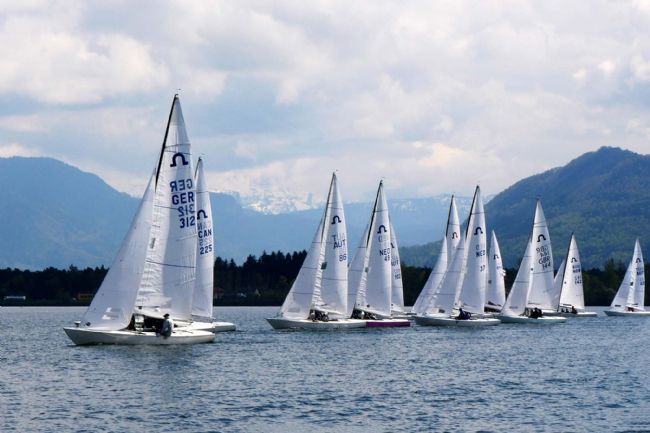 The start of the practice race on Monday
@CYC 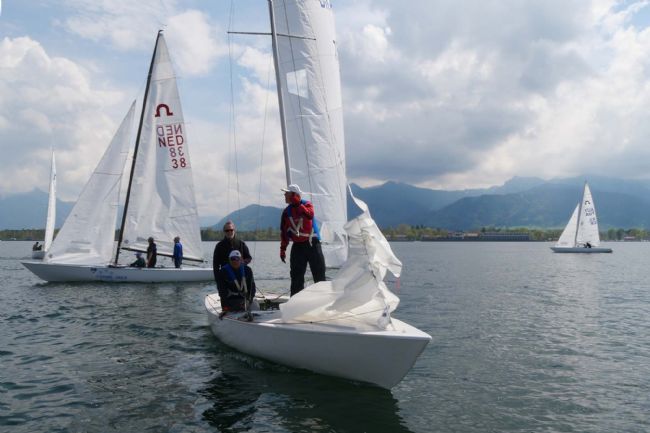 Witing for the wind
@CYC 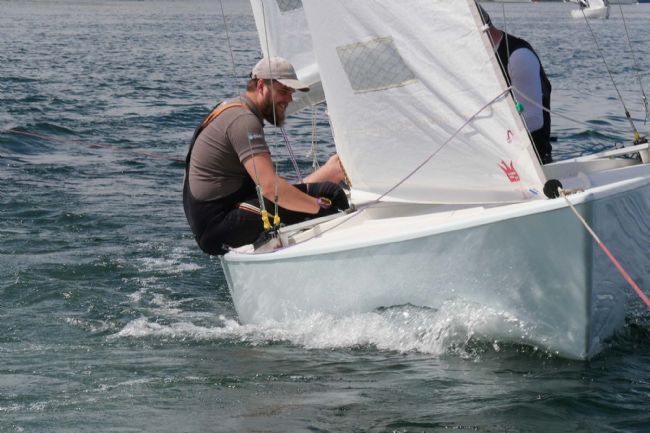