Practice race and the Sun

Practice race and the Sun 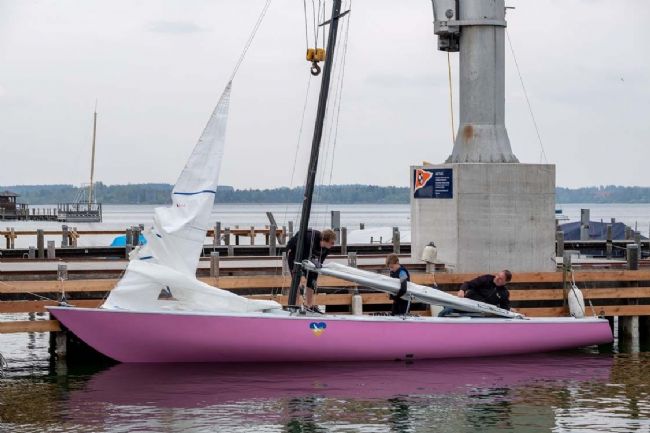 While inspection continues, the last boat to be inspected was AUT 135, the youth in the class coming from the lake nearby in Austria (Attersee), the Race Committee decided to try out the practice race at 1400hs, it was a wild guess in the morning that with fog and clear clouds over the Alps, any storm could approach the lake, also the temperature below 10 degrees didn't look promising…

But 20 to 25 boats were in the water and about 14hs were out sailing in a soft breeze of 4 to 6 knots, and suddenly the Sun came out, clouds were all around in the region, but Chiemsee had that little dot of glamour with some breeze that built up to 7 knots and around 1430hs Kai Schriebe the race officer started the race, a few boats arriving quite late to start but for sure they enjoyed the sailing, again in shirts since temperature in the sun reached 22+ degrees.

The race saw AUT 7 Florian Felzmann, Stephen Beurle and Michael Felzmann round the windward mark first sailing solid and calling the attention to be one of the candidates to attempt to keep the trophy, they were followed by BRA 78 with Nelson Ilha, Manfredo Floricke and Henrique Ilha another candidate.

The wind by half of the downwind started to die, and by after the second rounding mark the one was struggling to fill in the lake, many teams didn't finish the race, and almost all of them at the end were towed into the harbor. After packing the boats expecting rain for the night the club restaurant terrace was crowded with sailors drinking and chatting.

Tomorrow the event officially starts and the first race is scheduled for 1200hs, just after the skippers meeting and the Bavarian breakfast being offered by the CYC. The Forecast doesn't look good, but there is always hope.

You may follow the races track live by using the Kwindoo, live view tool. The one can be downloaded by Apple store and Play store. 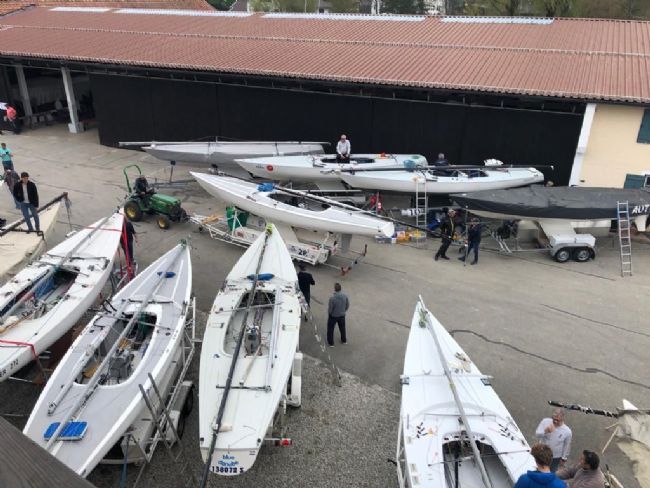