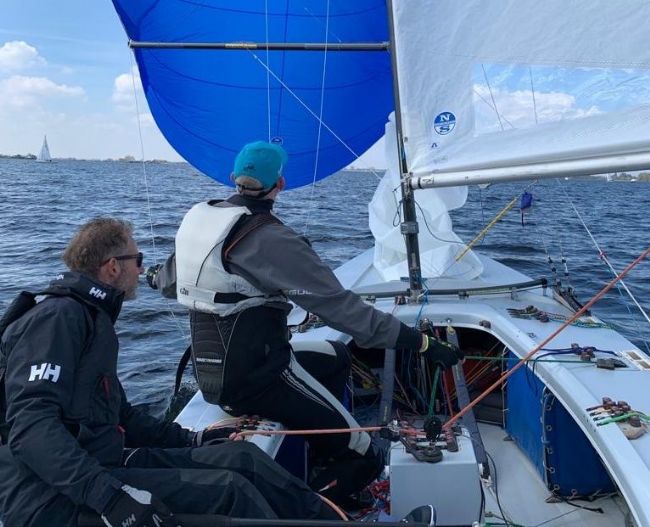 Last Easter weekend the decisive part of the Spring Trophy was sailed in Aalsmeer. How the weather can change in two weeks from a 3°C cold Antarctic wind with snow and hail, to an Easter sun with south easterly winds 3 to 4 Beaufort with temperatures of 18 to 21°C. These are the days when you want to be on the water to sail and enjoy the Soling. The four boats were again present and ready to perform.

After a nice morning chat with a cup of coffee, we set course for the Westeinderplas to pick up the battle again and a battle it was. The provisional standings gave everyone a chance to win. The first game victory went to the NED37 the second was for the NED38 and the third for the NED33. Then the boats, tired but satisfied, set course for the harbour. However, the racing committee thought otherwise, they wanted a fourth race and that was happily fulfilled. The NED38 took the win. The day was traditionally closed with beer and bitterballen.

On Easter Sunday we were again welcomed by the sun and wind. Han came with his 12-year-old grandson Luuk van Veen, who will also be part of his crew during the Worlds. Luuk was welcomed enthusiastically within the Soling family. The boats were prepared and set course to the starting line. Luuk's presence on board had a positive effect on his grandfather. The first two races were won by the NED49. The third and final game of the day was won by the NED33. The day ended again with beer and bitterballen and the standings after 10 races still gave everyone a chance to win on Monday.

Monday morning we were welcomed by the sun again. A little less wind and in the afternoon it would become even less. So a quick course was set to the starting line for the pulse-pounding Spring Trophy finale. The conditions were a good training for the Chiemsee; look carefully where the wind is and react to every wind shift. In the first match, the win went to the NED38 and second match went to the NED37. After the finish the wind dropped completely and the race to the crane started, which was won by the NED33. The boats were put on the trailer and rigged. The day ended with beer and bitterballen and of course the award ceremony. Theo de Lange had specially put on his 'chef's trousers' for this. The overall winners were the NED33, second place was for the NED38 and third place was for the NED37. For the last place, SCN has created a new prize; a painting made available by Theo and Rudy. The prize should be prominently displayed in your house, and it is so hideous that you don't want to win it again. This year the dubious honor went to the NED49. It should be noted that the difference between number one and four is 6 points over 12 games. So you can say that it was an exciting tournament with close racing. The crews are all ready for the Worlds in Prien am Chiemsee where we hope to meet our International soling friends again. 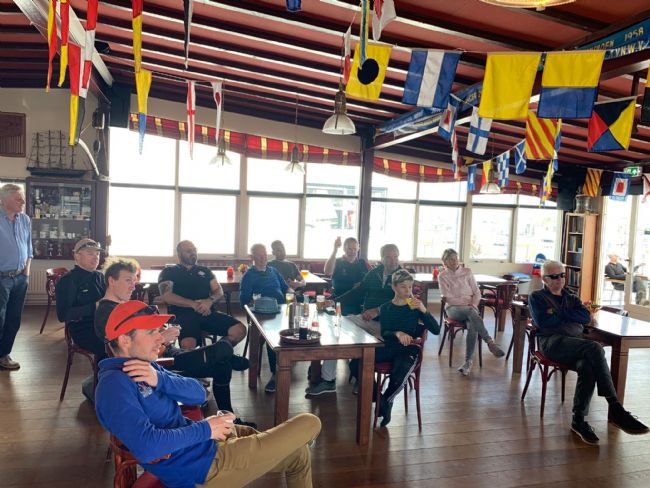 The sailors gather together 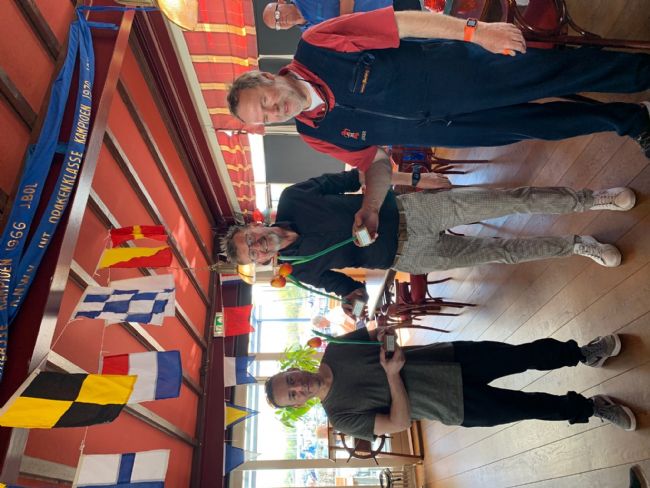