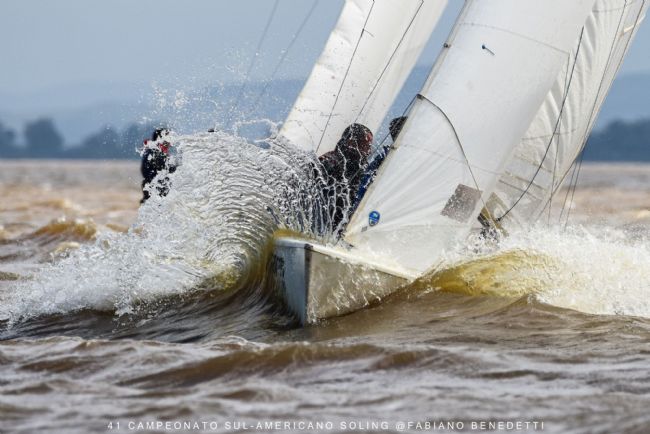 The South American championship took place past weekend at VDS located in Porto Alegre Brazil. The wind was the protagonist blowing from 15 to 32 knots, the waves were also present making it difficult for all newcomers into the class, and at the first day many repairs were necessary at the boats.

On the first day only two races were sailed in which BRA 86 won both them and were followed by BRA 15 the classic boat with Carlo de Leo, Thiago Knippling and Augusto Alreiter becoming the surprise of the day. BRA 73 with Kadu Bergenthal, Marcos Ribeiro and Edgar Ortiz were on the fight against BRA 78 with Nelson Ilha, Manfredo Floricke and Eduardo Carneiro each one finishing third and fourth that Saturday.

On Sunday BRA 73 won both races of the day, followed by BRA 86 and BRA 55 with Henrique Ilha, Jose Luiz Saveedra and Eduardo Cavalli to finish third in one race and BRA 15 the other race, this made Kadu's team to dream with the fight for the SA title on the last day.

There were many pictures taken by the club communication staff itself, and also by the professional photographer Fabiano Benedetti

The event had no international travelers, due to covid restrictions the land borders at the Argentinean side were still closed making it impossible to any team drive their boats to Brazil who had no problems to receive the visitors. The class only hope that for 2022 all these restrictions are eased, and traveling can resume. 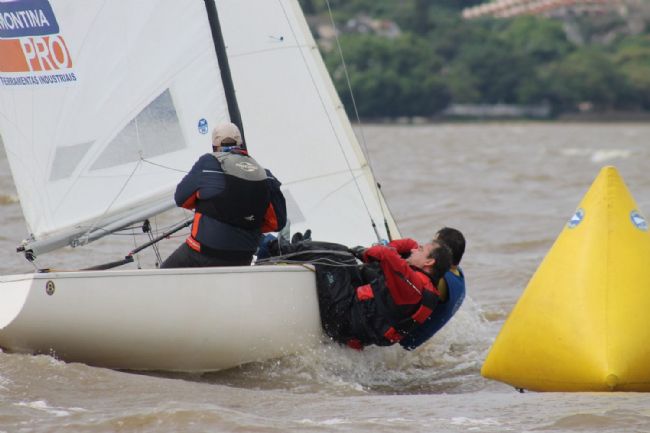 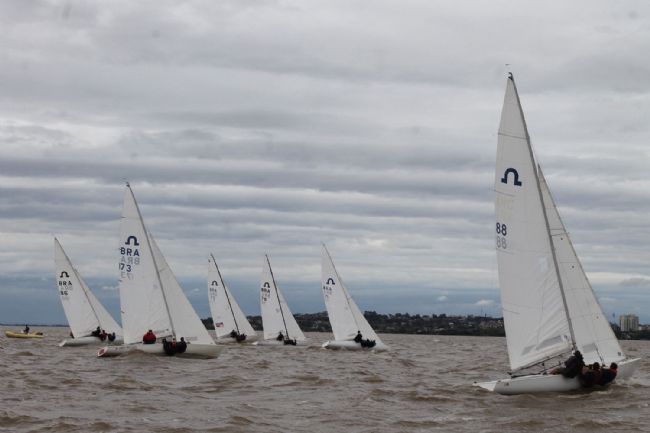 After the start
@VDS / Williams 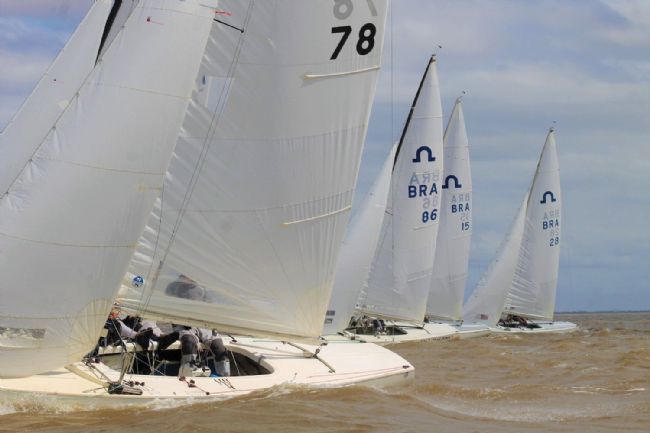 After the start
@ VDS / Williams