Entries at Boterletter are open, the last ranked event in Europe

Entries at Boterletter are open, the last ranked event in Europe 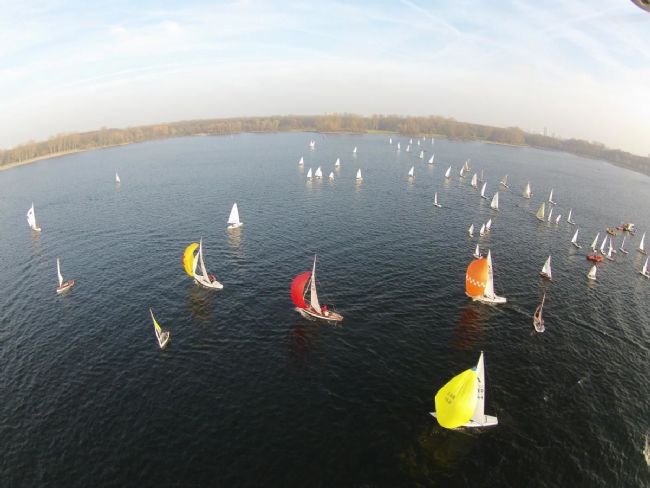 Aerial view with Solings amongst the overall fleet.

Boterletter dialog heard outside Rotterdam, just after the entry was opened.

Peter: Hi Jack, do you know that the Boterletter entry has opened?
Jack: What is it that time of the year again?
Peter: Yes, and it promised to be a fantastic event this year in Rotterdam on 27 & 28 of November!
Jack: You must be kidding, In Rotterdam on Lake Kralingen the only heated regatta venue in the World?
Peter: Absolutely and as always, the Soling will be participating! And it's getting better some of the hottest teams of Europe will be participating. There will be at least two teams from Germany and one from France. Beside that the best Dutch teams will be there.
Jack: The best teams?
Peter: Yes, the best teams! There will be Michael Dietzel with his team. Not only will our president be there but, his team, includes his daughter Anna and Martin Zeileis!
Jack: Martin Zeileis the current leader in the Soling ranking list.
Peter: That's the one. He will be there to have a good time but also to get as many of the final European ranking list point of 2021 as possible.
Jack: So, he can secure the title for 2021?
Peter: Absolutely! But there is more … besides the prizes for the best two teams there will be boterletters for all participating team members.
Jack: Also if they don't win?
Peter: Sure! But wait it gets even better! The winning team also gets the painting of the “Fallen Crew Member at the Big Buoys” by van Clomp for a whole year!
Jack: isn't that the same painter of the picture of the “Fallen Madonna with the Big Boobies”?
Peter: Better … this one was painted by his father: Van Clomp the Older.
Jack: Who else will be there?
Peter: Well also the Kuchta's have entered, and do not forget they did great in 2019. Also, the team of Francois Gombeaud have their first trip to Rotterdam planned. Without saying the Dutch participation will we exceptional!
Jack: Who of them will join?
Peter: Off course our new ISA chair of the technical committee Bram Soethout will come. This time with the RED star sails boat! There will be the teams of Ben Boogaerdt, Peter and Ilse Verboom and more. Also, the youngsters Luuk, Sep and Tom van Veen will be there.
Jack: And the grandfather Han?
Peter: Sure, Han will sail the pink boat NED 49 as you can expect.
Jack: The Pink boat that won The KC1 trophy at the La Baule Worlds?
Peter: That's the one! Furthermore, the current North American and European Champions will join.
Jack: This event must cost a fortune!
Peter: You get 4 great races on a heated lake, good company and keen sailors, Great series prizes and three Boterletters per entry. But it gets better … not only the perpetual trophy of the “Fallen Crew Member at the Big Buoys” by van Clomp the winning team also gets to hold the Boterletter Trophy for one year and that for only €62.50 per team
Jack: What is the Boterletter Trophy Peter?
Peter: The Boterletter Trophy is a genuine aluminum Soling mast top on a heavy real wooden pedestal donated by Maru, Aalsmeer. That trophy even includes a backstay!
Jack: I cannot wait to make the entry!
Peter: Wait, there is also a great limited offer … If you enter before November 13 this all will cost only €52.50!
Jack: Where can I sign up?
Peter: Just go now to: Magic Marine Boterletter 2021 manage2sail and make the entry, get the goodies and have a great sale!
Jack: Thanks Peter.
Peter: Hold on! There is more … On Saturday evening there is a championship dinner at the Club for a small fee.
Jack: Oh, Peter it is Fantastic! … I'll GO

This year the Boterletter will be sailed on November 27 & 28. The entry opens on October 30 on manage2sail. The entry fee will be until November 13 €52,50 for the Soling after that date the fee will be €62.50. Besides the prizes for the series each competitor will receive his personal Boterletter. This event will count for the ranking list with factor 1.2.

Besides Solings from the Netherlands several German and French boats are expected.
On Saturday November 27 a dinner will be held in the Clubhouse of the Kralingsche Zeil Club, the sailing base of the Soling Class during the event. Langepad 25, Rotterdam

The NOR can be found on: https://www.soling.com/noticeofrace.asp?EventoID=1386

Below the History of the Boterletter
by: Wim van 't Hoogerhuys

Sometime in 1956 the very first FD appeared on the Rotterdamsche Zeil Vereeniging (RZV): the H15 called “Strim”. That boat was owned by a former twelve-foot dinghy sailor Jac van Ham. Apparently the boat did not go well: after a few years it passed into the hands of former freedom sailor Gerard Alers.

Another old twelve-foot dinghy sailor, the then not very youthful Jacq Barzilay, was mainly involved in card games (which happened daily within the RZV at that time) and fishing. Jacq (also called Ome Sjaak) had two sons: Jacques and Jan. They played football and tennis. Jan was incredibly good at table tennis (we also did that at the RZV). Watersports were not their 'thing'. Dad thought that had to change. So Jacq bought an FD, the H77 which was christened 'Old Jack'. That name was written in graceful letters on the hull. Whether the sons were on board, I don't remember very well. In any case, the old man was going to steer that boat himself. He sailed with changing crews.

The FD fleet expanded. Ad Mook bought an Italian Alpa, Cees van Asselberg built one himself, Koos Visser bought an FD and of course Gerard Alers was there with his own copy. Training was done on Sundays in winter. In 1965, December 5 fell on a Sunday. Uncle Sjaak came up with the idea that a competition was being sailed that day and that the prizes should be Boterletter. And that's how it started. Back then with only a few FDs. A few years later, the winter training for the Olympic selection of the Watersportverbond came to the Kralingse Plas and celebrities such as Ben Verhagen and Fred Imhoff also took part. Cees van Muyden and Bob van der Starre also enter the selection and Koos de Reus had the most beautiful FD of all.

Under competition commissioner Hein de Goods, the Boterletter Competitions grew into the event that it still is after all these years: two hundred and fifty competition boats on a square kilometer of water. 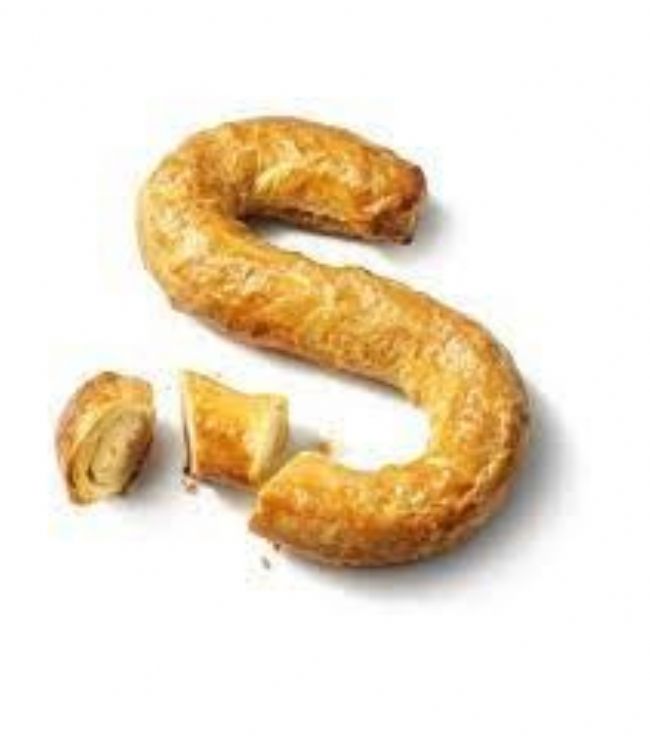