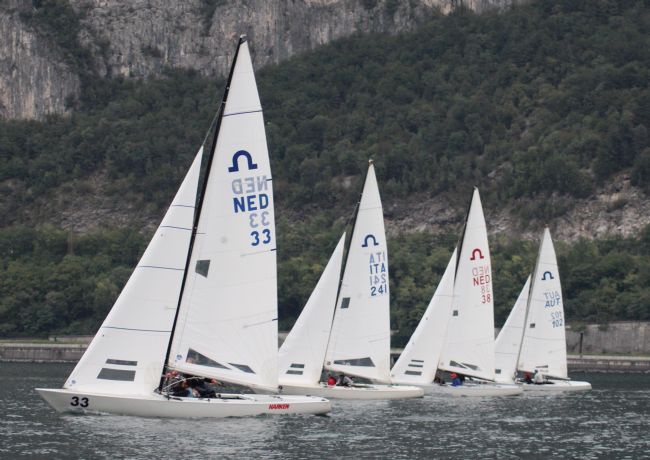 The last day of the Europeans, the solid lead of NED 33 was known difficult to be broken, and the weather helped even more, a typical Dutch day gray, no wind, cold morning, and a light rain made all sailors know in advance that orange's day would be.

Many teams anxious to go out and give at least one more sail at the beautiful Como Lake which really didn't show its wind potential during the event. Nothing came in, sometimes a breeze of 2 knots made more than one stand up and look around, but quite fast the one disappeared.

At 1300hs the race officer Roberta Righetti called the day off, and the Dutch teams started their party celebrating Rudy's and Theo second continental event, the past 2019 North American Championship was also won by them.

The podium was completed by the strong Hungarian squad, in second HUN 1 with Sandor Varjas, Laszlo Kovasci and Gabor Meretei and in third the veteran HUN 77 with Gyorgy Wossala, Karoly Vezer and Kristof Wossala.

The prize giving was followed by pasta and beer, but most of the sailors were working in their traditional rush packing.

The reloaded trophy was once more won by Anna Dietzel sailing at GER 11 with Michael her father and Simon Zeh, the young helm trophy was awarded to Xaver Seydl sailing with Bernhard Strauch and brother Max Seydl on AUT 43 a totally renewed Elvstrom from 1973 that will also be contesting the classic prize next World Championship.
Three countries were in the battle for the Rien Segaar trophy , Italians as locals won it over Germany and Austria, awarding ITA 252 with Alberto de Amicis, Marco de Amicis and Daniel Diesing with the one.

The Italian Championship was also in dispute and 8 teams were fighting for it. ITA 241 with Pierluigi Puthod, Nicola Armellini and Pietro Kostner ended up the winners finishing 4th overall.
ITA 259 with Bruno Maffezzoli, Pierfrancesco Maffezzoli and Marco Maffezzoli were seconds and ITA 252 with Alberto de Amicis, Daniel Diesing and Marco de Amicis finishing up third.

It was Marta Garrone a young helmswoman sailing ITA 119 with her father and brother who won the Vincent Manach' prize , while waiting for wind you always could see her studying to become a Vet. And actually there were an increasing number of really young sailors at this time.

It was a great deal, the ISA thanks the club (Lega Navale Italiana) effort to make the event happen, it also thanks all sailors who broke the fear inertia and spent 4 days learning to sail soft winds.

Next year the class has a busy May and August, and we hope that corona that will be a long time amongst us doesn't interfere too much with the class calendar. 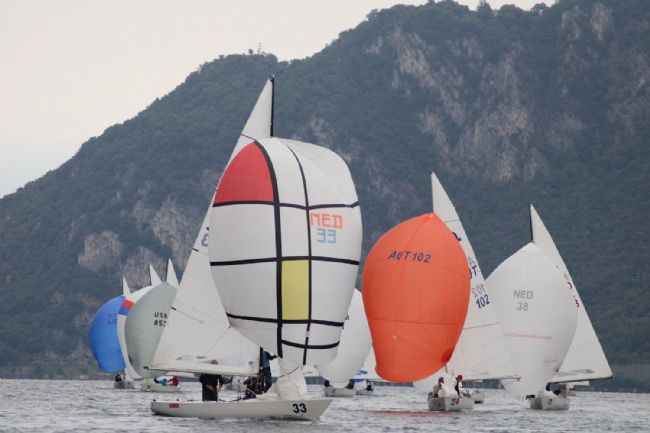 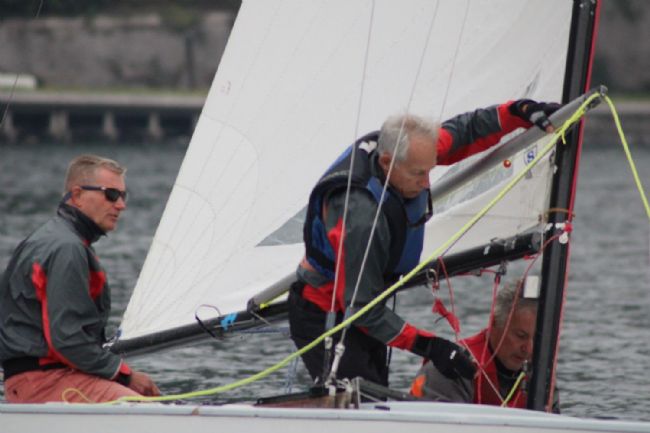