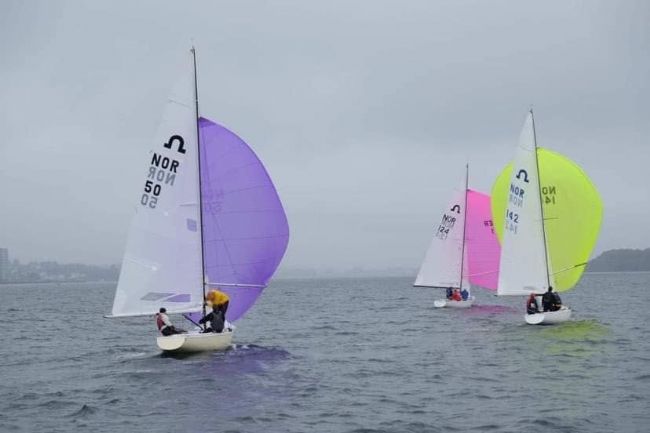 The podium in one picture

Finally the Norwegian Championship was held in Tonsberg, after a first attempt earlier in the year by the KNS in Oslo who was abandoned after new COVID restrictions were enforced.

NOR 142 the champions won the event with a sweety taste in their mouths, after a not so good start after the 4th race 4 bullets made them earn the event by just one point over the team NOR 124 with Norwegian hero Dag Usterud and Torgeir Pedersen and Terje Sorterberg. Dag's team despite the bitter has only to celebrate after coming back to sail the Soling in a long time took all first 4 bullets home showing that talent is intact.

It was the first official Norwegian Championship for the National federation since 2014, Lars Ingeberg, Bjorn Johanson and Alf Larsen write their names in the country history just a year before the festivities that will be celebrating Jan Linge's 100 anniversary , the famous Norwegian boat designer who had two of his designs as Olympic equipment, the Soling and the Yngling.

In third place at the event after 8 races in which two different conditions clearly is seen at the results it came an old boat renovated and owned by Rune Johansen NOR 50 but sailed by Jan Kristian Vedeller, Elyvind Nilsson and Frode Johansson, a living prof than an old boat is good as a new one if proper cared and updated.

Rounding the mark in light winds 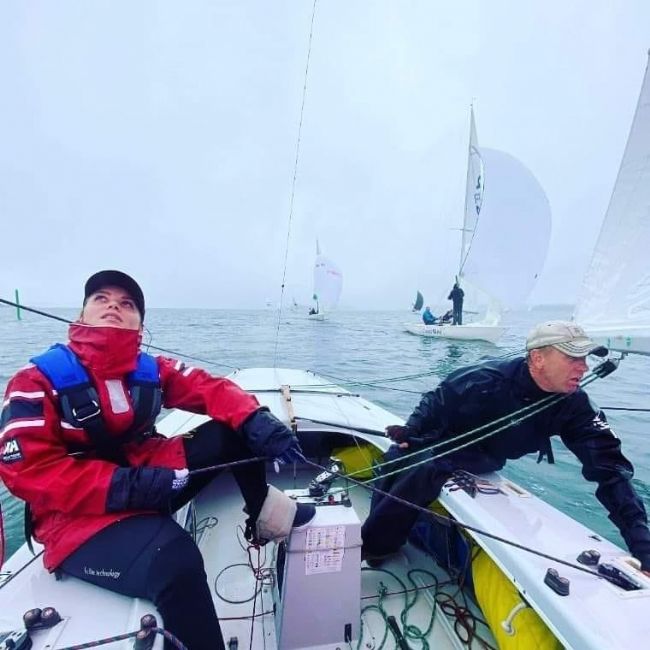 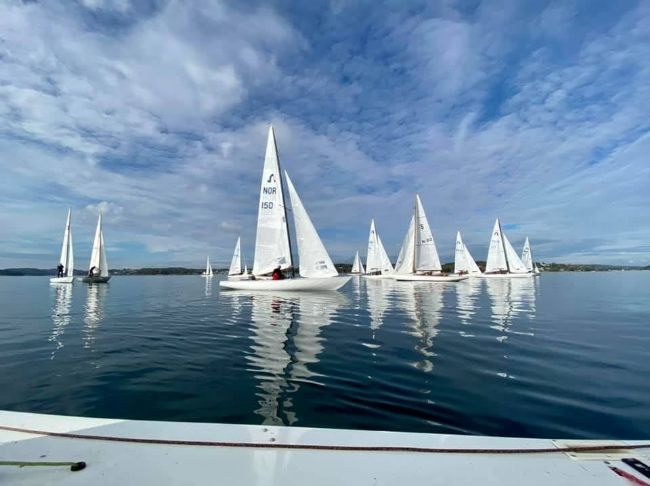 The fleet waiting for wind

What I forgot to write was that 7 different fjords were represented at the event.