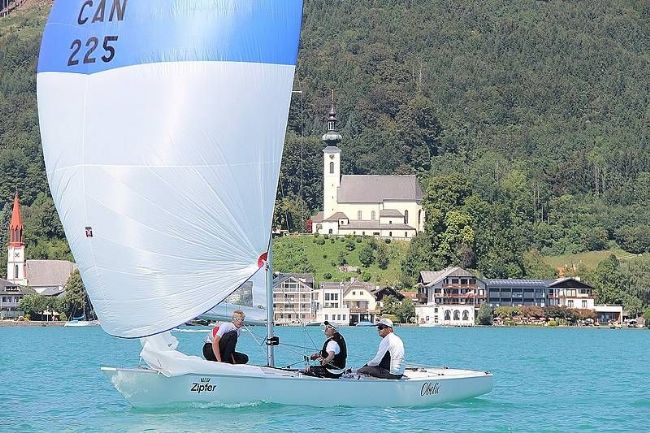 CAN 225 sailing the Zipfer 2018, again in 2021 will be present despite the current travel situation.
@UYCAs / Gert Schmidleitner

7 countries from two continents and an impressive list of 34 teams already registered for the traditional Zipfer Trophy to be held at the UYCAs on Lake Attersee; It promises probably the largest Soling fleet during COVID times in a regatta, it also shows the increasing interest in central Europe in the class to celebrate during 2022 a series of strong races to be held in the continent due to 72' OOGG anniversary (mid August – Berlin), The European championship at the SCK on its anniversary (late August – Attersee ) and potentially the Jan Linge's centennial (early August – Oslo).

While COVID displays its new variants, and vaccination roll outs improves, sailors start to lose the natural fear and resume their activities, in special sailing outdoors a quite safe one, but always with all constrains the situation imposes over organizers making the social aspect of the competition still far from optimum, but at least racing is on and we must embrace it…

The Zipfer will start on August 20 and continue until the 22, if wind helps and corona doesn't mess with it, 8 races are scheduled and one discard over the three days, in addition a typical opening ceremony beered by the best Zipfer that would continue to provide moisture into the dry lips all over the weekend, the social also has 2 dinners, one programmed on Friday and the other at the club on Saturday.

It will be the first time most of the teams face each other again since 2020 when the Zipfer Trophy was also one of the only races to be achieved by the class. Indeed French, Danish and Norwegian will be missed amongst many sailors who still have not completed their vaccination scheme, but the turnout is just amazing since for some sailors is the first international competition since 2019 – the Worlds in La Baule, France which by the way this weekend receives a small fleet for their annual race.

The Zipfer ( www.uycas.at ), also will promote the 2021 European Championship ( www.solingeuropeans.com ) that had to be moved from Spain to Italy now with dates late September and already an entry list of 20 boats but 10 countries and two continents registered that will meet the first time in a new venue, Mandello del Lario south of lake Como.

Looking forward to seeing a fantastic racing in two weeks at the Attersee, and hopefully the French fleet enjoying the summer at La Baule salty sea this upcoming weekend. 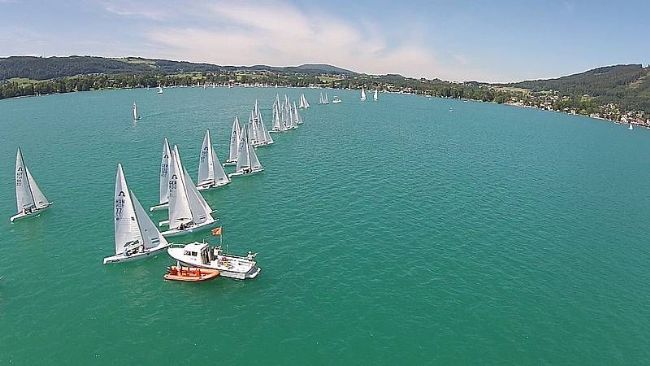