The Days After Racing…McNulty Cup 2021

The Days After Racing…McNulty Cup 2021 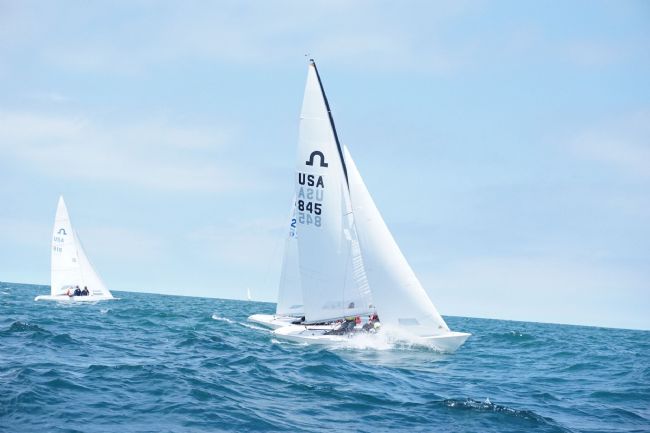 We all look forward to an event if caught up in making lists, preparing bags of gear, detailing the boat, plotting strategy. Yet, it is after an event when the work comes into focus. We know if spent enough time preparing or resting for the actual racing! We have results.

This past weekend the sailors of the Milwaukee Yacht Club hosted the McNulty Cup. This event is held over Father's Day weekend typically with 5 races: 3 on Saturday and 2 on Sunday. For the past few years we have added a third day- because we love to compete, enjoy our wonderful Midwest Summer days on the water, and celebrate with our Soling family. For 2021 the Milwaukee Bay Soling Fleet hosted a 3 day event with 8 scheduled races supported by highly experienced RC (some who were preparing for the upcoming Soling World Championship.) And, we had guests! Typically, the McNulty Cup draws boats from the Milwaukee and the Evanston/Wilmette areas (near Chicago, IL), but this year CAN 225 with Peter Hall, Will Hall, and Scott McNeil made the trip to challenge the local boats.

Friday weather was unstable with a deteriorating forecast. The first warning was set for 11:25 to allow travelers time to set-up their boats in relative comfort as well as allowing for the wind to establish itself. However, the front moving into the area overwhelmed local conditions and the fleet started one race only to abandon it towards the first leeward mark. At the start, all but one Soling were on starboard tack heading into the bay. The one lone port tack boat, USA 845 with Dave Baum, Bill Bresser, and Scott Lennie, traveled north towards the tip of the bay and after the first tack were in second place behind CAN 225 who started closer to the pin end. As a “newer” Soling sailor- that is, I may be in only into my 23rd year as a boat owner- I have been prone to take bigger risks with smaller potential rewards which never really works out well. This start, however, was well planned to avoid traffic, not go into the bay, and stay fast in clean air. Sadly the condition deteriorated and we would not know how the race would finish. After postponing on the water for some time, RC smartly called off racing and the fleet returned to land. Normal social activities ensued.

Saturday, Day Two. The fleet started one hour earlier with another 3 races planned. While there were lumpy conditions with waves offset from the wind direction, the boats moved nicely to weather and down wind and all 3 races were completed. We had three clean starts without even an individual recall. Racing was close to the weather mark. At the end of the fourth leg, CAN 225 crossed first, with the next three boats in close succession. USA 845 ended in fourth place, just missing out on the higher positions. Races 2 and 3 presented similar conditions: irregular waves, steady breeze. Paying attention to boat speed was critical as well as accepting the bouncing and jostling of the boat in the waves. For our part, we had strong starts and enjoyed challenging CAN 225 to the weather mark. We beat them to it once! When racing against strong sailors like CAN 225 our sailing technique improves race after race. They force us to think more clearly about boat handling, positioning, communication amongst our team, being patient, and not always quickly reacting to other boats. Of course, the rest of the fleet was never far behind either. At the end of day one, CAN 225 was first with 3 points, USA 845 second with 8 points, and USA 786 with Tom Elliot, John Bayldon, and Noah Blue in third place with 10 points. The event could officially occur as we required three races to be completed to award the Cup. Yet, Sunday was proving to be a day when anything could happen as it was agreed to run three more races- allowing for the drop of worst score.

Saturday evening weather was ideal for an outdoor gathering at the Baum residence. We enjoyed catered food and ample drinks, yet likely enjoyed the camaraderie the most. A few newer sailors mixed it up with the older ones. And, we were lucky to have Charlie Kamps visit and encourage us to do our best. (His USA Soling is now helmed by Ashley Henderson. She's doing well in the boat already winning one Wednesday evening competition.) Like many, I credit Mr. Kamps with encouraging me to keep improving, to compete as often as able, and to always display good sportsmanship. It was fun for all of us to see him! The night concluded with a few late partiers staying to watch our Milwaukee Bucks basketball team continue towards the NBA Championship.

Sunday, Day Three. The weather improved following a rainstorm in the early morning. The waves died down considerably, but the wind velocity also dropped. Fortunately, a ESE wind settled in and allowed for all three races to be completed. In the end, much like Saturday, CAN 225 grabbed an early lead, closely pursued by USA 845, USA 768, USA 818, and USA 834. Final results were to be settled after the final race of the day as USA 818 and USA 768 were tied on points after 5 races. Watching from a position just in front of those boats, USA 818 found a fast pocket of wind to cleanly and smoothly pass USA 768 to leeward in the last half of the final leg to finish third in the sixth race and overall.
After the travelers packed up their boats and gear we held the awards ceremony at the Boat House of MYC. This will be the HQ for the Worlds- we can measure sails inside the building; we have cranes adjacent to weigh boats and an area to measure mast tip weights; an area for trailers; restrooms; water; comfortable seating; plus a snack bar nearby. Our formal dining area is in a separate building on the other end of the property- suited for a formal Saturday evening fleet supper. Peter Hall mentioned that he has never won the McNulty Cup before- well, he did in 2021 with expert skill and top-flight crew work. If I understand it correctly, CAN 225 and CAN 1 (Billy Abbot, Joann Abbot, their third) have equal numbers of Soling World Championships to their name. Will 2021 be the year where the tie is broken? Who will be here to witness what could be an epic battle of Soling greats?

We invite all willing to travel during these troubling times to come to Milwaukee in September for the Soling World Championship. We promise a wonderful venue to host our group, a terrific body of water with racing areas close to the club, simple but fun social events, a friendly city, and a dedicated group of Soling sailors looking forward to more and bigger competition. We have top-flight RC prepared to run the races- including a few who help (or helped) with pre-Olympic events. Assuming the ability to travel, we will have an official Soling measurer to properly manage the boats for best competition. The ISA and local organizers will be monitoring COVID transmission and travel realities (any restrictions; quarantines; etc.). Please feel free to contact me- Dave Baum- with any questions or concerns about Milwaukee or the World Championship. 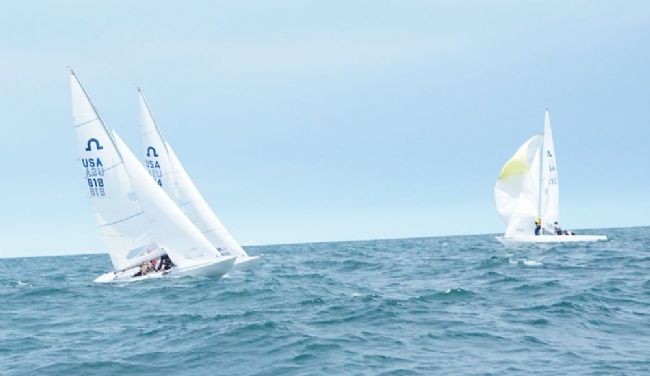 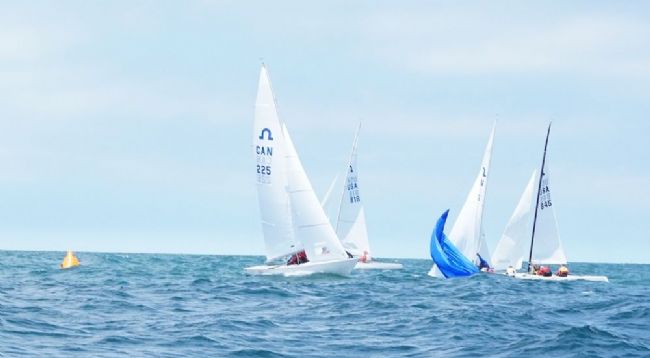 The winner CAN 225 with Hall, Hall and MNeil leading a race
@Ed Purcel 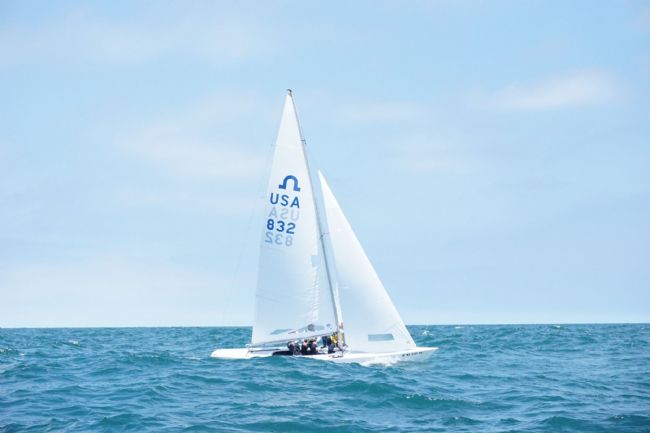