Puthod, Canzi and Kostner winners at the 1st Trofeo Terror do Mundo

Puthod, Canzi and Kostner winners at the 1st Trofeo Terror do Mundo 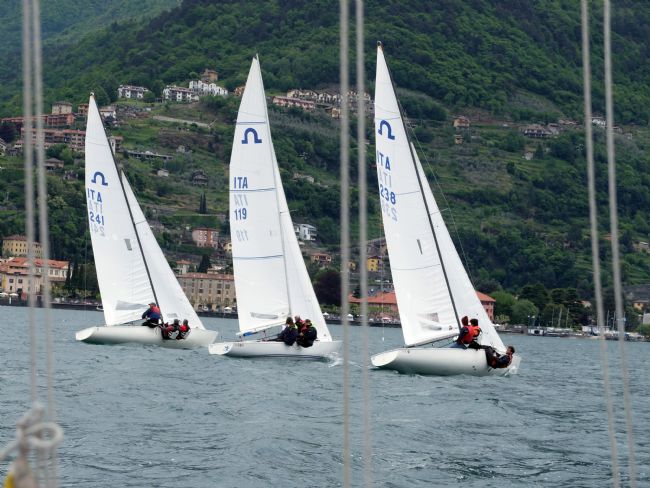 After the start the fleeting heading South at lake Cuomo

The Circolo Vela Bellano saved the weekend date in Italy after the cancellation of the Spring Trophy in Castiglione de la Pescaia, with a quick action together with the Italian Soling Association and the FIV, quickly the Trofeo Terror do Mundo was established at Lake Como, taking advantage of the enthusiastic teams that had planned to travel to Tuscany. They were joined by all those without road trailers consolidating the fleet at the lake.

On Saturday the 15th the weather was cloudy, light winds from the South, but a 1pm the small Soling fleet started the first race with flat water and 8 knots of wind. By the second race storm clouds entered the lake from the South and by the North for the third race, luckily the breeze kept constant with minimal variations despite the two weather fronts fighting.

Due to all covid restrictions, Marco Colombo offered an outside dinner to the sailors, a bit freezing but everyone enjoyed the one, the chat about the races, and the next two ones scheduled for Sunday. Happy to think that the Italian Championship is not too far away next July at Lago de Iseo and then their main event the Bellano Cup first won by an outsider of the lake, time to regain the cup.

On Sunday the 16th. The morning looks like a windless sunny day. The jury and the Solings were ready to start at 11am, but they had to wait until 12.30pm when the weather system changed bringing the clouds.

The fourth regatta starts with a light wind which increases up to 10 knots but the conditions are quite difficult with continuous wind shifts. However the podium does not change. Team ITA 241 confirms their superb racing obtaining another two bullets and ITA 252 remains firmly in second position. Team Garrone with Marta, Marco and Matteo sailing ITA 119 is quite unlucky suffering a failure with the jib traveler which snaps leaving all the derlin spheres everywhere and had to abandon both races of the day. Puthhod, Canzi and Kostner wins the first edition of the "O Terror do Mundo" Perpetual Trophy. The Trophy is kindly offered by Marco Colombo who explains that "O Terror do Mundo" was previously the name of a vintage boat. The event ends with a toast with Prosecco just before it starts to rain. 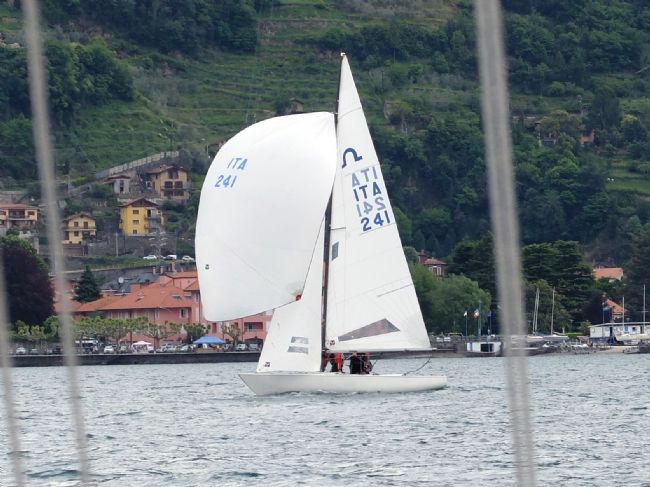 Tea 241 Puthhod, Canzi, Kostner the winners of the 1st Terror do Mundo 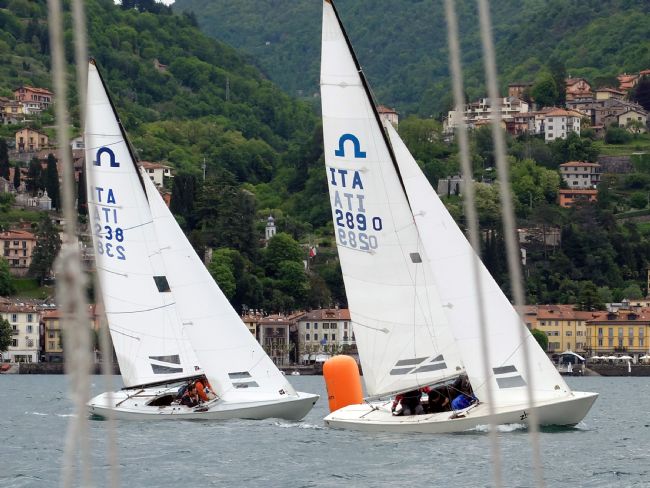 After rounding the bottom mark 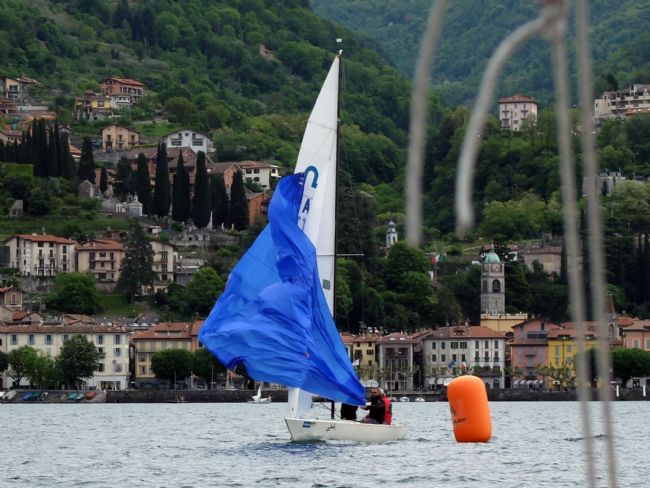 Spinnaker drop for the mini reach