Friendship Cup despite the COVID

Dear Sailors, be aware that the West German championship was postponed to July 7, allowing more timing for vaccination to occur in Germany which is coming quite slow.

Due to the covid outbreak in Europe, the Netherlands Soling Klubb has cancelled the two upcoming events in April and May (Tullip and Dutch Open).

Friendship Cup despite the COVID 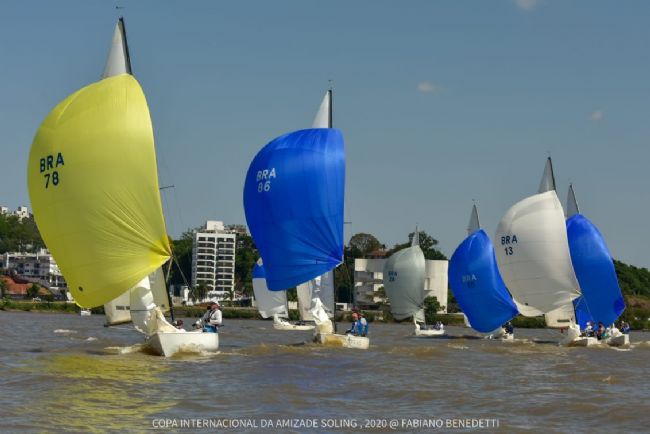 The Soling class in Brasil had its 50th anniversary, celebrating past weekend the Friendship Cup.
Initially thought to have guests from all over the world, and some former and famous Soling sailors in Brazil.
Idea that at the end was abandoned or postponed at least the big party and big event due to all the new restrictions and spread world wide of the virus making basically impossible for visitors to travel and get hosted at the Veleiros do Sul yacht club in Porto Alegre.

The host anyway organized a cruising cup using fixed marks, at the different channels and later a dinner at the club's deck.
Saturday couldn't be better, warm, sunny, with nice winds of 12 knots from the South then decreasing late afternoon and moving to the East.

8 teams went into the sailing celebration , the different obstacles during the course were a key to split the fleet, but before them the dispute were quite close.

The Intl. Soling Class congratulates the Brazilian fleet anniversary and it hopes 2021 we have the chance to celebrate properly this important date. 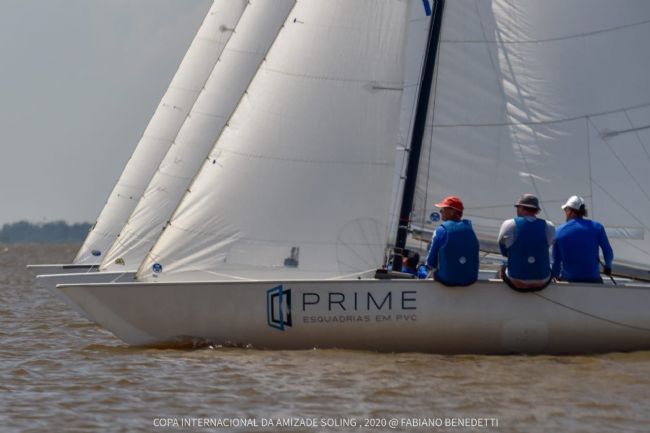 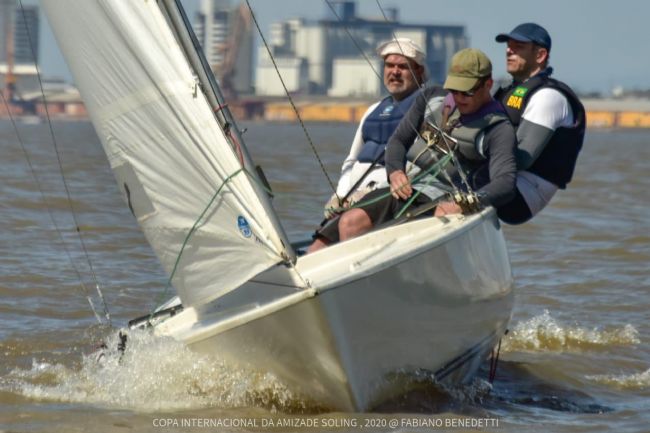