Flip over at the Zipfer Trophy - Team Profs the winner

Flip over at the Zipfer Trophy - Team Profs the winner 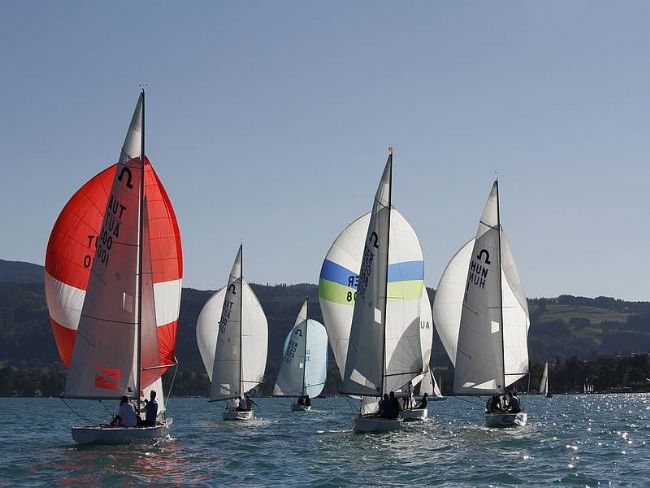 Downwind at the Attersee

After three races with two laps on Friday again in light conditions like the first day at Zipfer, today was different at the morning due to imminent storm arrival, a better wind intensity blowing at the Attersee lake despite clouds took over the skies, but the one was super shifty and for moments at least on the lighter crews enough to hike.
Gert Schmidleitner managed to put one race in the morning with three laps, which would shake the overall scoring, leaving team Profs AUT 114 ahead team AUT 7 and team HUN 1, much different by when teams went to sleep after the parties on the previous night.

Teams were all back to the harbor to wait for more the wind, to increase again and be less shifty, beer was ordered and the typical nice warm plate from the traditional cuisine at the UYCAs. It was time to enjoy the beer and hope for the two more final races as scheduled, but nothing happened, and the final gun came crowning Christian Binder, Christian Feichtinger and Klaus Kratochwill not only as winners of the Zipfer, but also the Austrian champions for 2020, the local team from Attersee Florian & Michael Felzmann and Stephan Beurle had to be happy with the second place, and the third, team HUN 1 with Sandor Varjas, Laszlo Kovasci and Gabor Meretei had at least the consolation to be the Hungarian champions for 2020.

Christian Binder words: “It was not easy, I could not tell the right side, since I am out of the game, working more than sailing, but others made more mistakes than us and that was enough. I enjoy it very much knowing that I still know the Soling.”

Team HUN1 , not son happy and in their words: "The last two races with major wind shifts ,and mistakes by the Race committee in their opinion, it made these two races some sort of following the leader, not giving the chance to recover.- The activities on shore superb as usual but at this event was the first time ever in life Laszlo Kovasci went into the water no matter how many Olympic hours he had in his experience... and they had to start recover from far behind.."

New and young teams took part at the event in 2020, many missed from distant places or just because they are people in risk due to the current outbreak infection worldwide. Amongst the new names, the best to make a comeback from the initial days was team AUT 135 David and Tobias Schuh sailing with Lorenz Pichler who are honoring Margund, a class member that loved the boat and even made her incursion overseas in 2001 when traveled together with the Austrian squad to Argentina for the World Championship.

The WSG yacht club from Germany presented three teams at the event, but wait they are not even located in front of a water mirror… The enthusiastic sailors had the experienced from team GER 2 with Mack, Lautenschläger, Fabrywho had a bad first day and kept improving over the series to finish 12. They also presented a helmswoman Viktoria Blümlhuber.

Woman again marked their presence, not the best year, but they were present in the water and outside. Lisa Farthofer(AUT 117) won the battle over Irene Haist (GER 308) .

The whole event was only possible due to the perseverance from Ludwig Beurle, the UYCAs love for the sport and all the people involved with the organization like: Antonia Werkgartner, Joana Opelt, Christian Hotwagner, Ernst Brandstetter, Ute Reisinger, Reinhard Schanda, Daniel Siebenhandl, Sophie Hollerweger and Franziska Arnfelser a big thanks to them, not only from the Soling class but also from the sailing family that in these days have seen so much cut in our normal lives.
The best way to stay healthy, be safe go sailing. 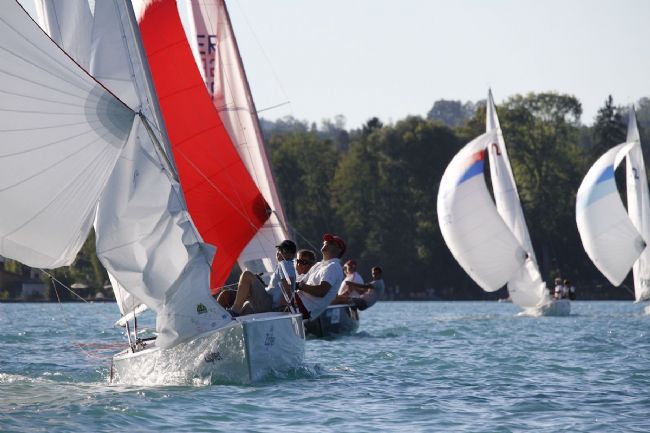 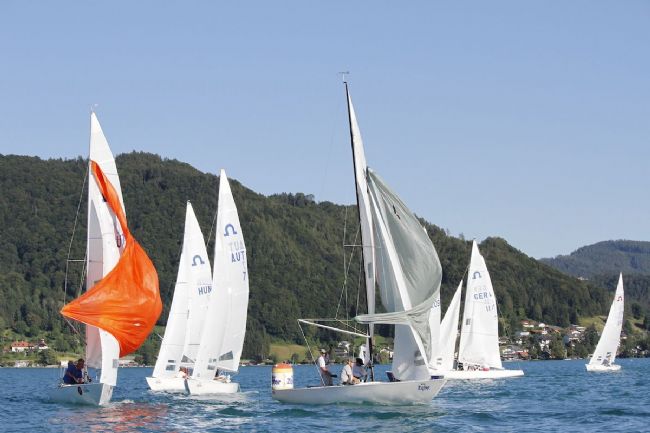 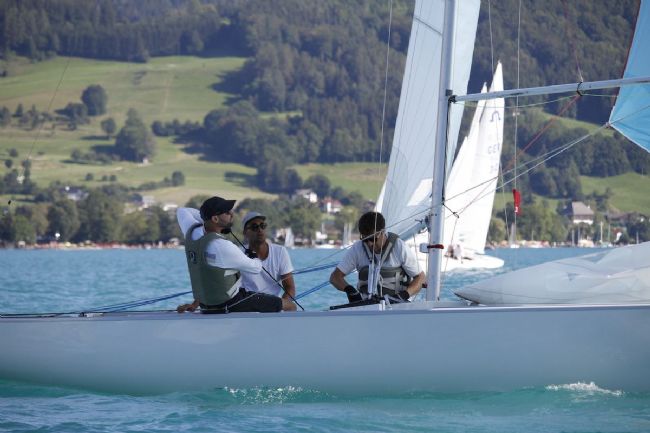 GER 2 from the WSG - Mack, Lautenschlager and Fabry