A Night of Many Firsts

A Night of Many Firsts 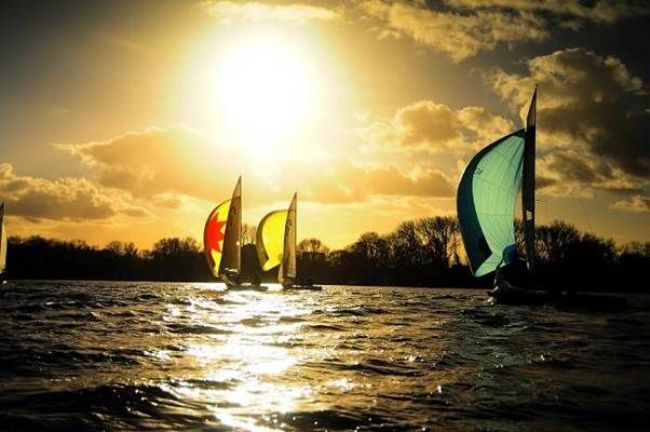 Biking to my first Soling race in the heart of Rotterdam I was remembering all that transpired to get to that point. I moved to Rotterdam less than a month ago after living and sailing in Barcelona for the past two year. Having spent a long quarantine without getting back on the water I was eager to find a place to sail in my new home. After a goggle search and a few afternoon runs I found Kralingse Plas, where the Kralingsche Zeilclub is located. This beautiful lake in the heart of the city is full of boats on a Wednesday afternoon, watching from shore my only thought was how can I get back on the water?

Exploring a bit, I found the club bar overlooking the lake with a vibrant crowd where after a few questions I was pointed in the right direction to join the club. I quickly learned that the Soling crew were quite active and open to have share their love for the class. I had never sailed in a Soling but was eager to try, two days after my first meeting with the club reps I was lucky enough to find a spot on Bram's boat Brammy and joined for some Wednesday night beer can racing.

Biking to the lake that night, I was excited to get on the water but nervous for never having sailed this class of boat before. Bram was a great teacher, he quickly walked though the boat and after a headsail change, we were off to the races. On the way to the start line, joined by 25-30 other boats, we made a quick spinnaker raise, some jibes, where I passed my trial by fire. The racing was spectacular, having come from racing in the open ocean with small wind shifts the lake becane a whole new challenge. The fleet was very competitive, and any slip would make a huge difference swapping leads the whole race. The change in conditions was so stark that after starting last on a race, we were able to reach the top mark first to then go back to swapping positions the whole race. In addition to the big wind shifts and gusts, there was a fleet of 20-30 lasers and other dinghies on the water who were on another course but still an obstacle to consider when strategizing where to sail, a never-ending challenge. Toward the end of an exciting afternoon of racing, the wind died down while shifting enough to carry a spinnaker on the last legs on to the top mark, just to jibe around the buoy and carry the spinnaker back to the finish line. Having never sailed on a soling before, I was impressed at the angle you could carry a symmetrical spinnaker and how technical these boats where.

Back at the dock it was great to have a couple of beers with the teams, try to learn some Dutch and make some new friends in this new city. Watching the sun go down with a cold beer and sharing stories from the race was a perfect end to a Wednesday night. When I arrived at the club earlier that afternoon, Bram said “after trying the Soling you'll never want to race on another boat”. He was right! I look forward to being back many more

Beer after racing, a great approach ..