Wednesday night series at the Solings are back in Netherlands

Wednesday night series at the Solings are back in Netherlands 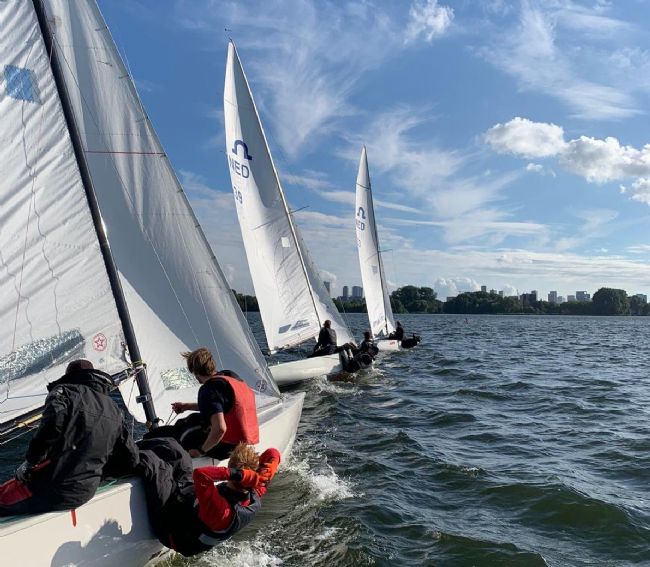 The Soling fleet past wednesday

Last Wednesday the first real races were sailed on Lake Kralingen (Rotterdam). Since that day the 1.5m distance rule was lifted for contact sports including rowing and sailing. During the Après sail the 1.5m rule was still in force.

At the start were NED 39 (the team of Ben Boogaerdt, Gerben den Hartog and Karsten Kraan), NED 38 (Bram Soethoudt, Kai Spruijt and Julian) NED 33 (Rudy den Outer, Theo de Lange and Ramzi Souli). The NED 49 was absent and on holyday in the Dutch wetlands.

The start of the first race was won by the NED 33 (see picture) followed by the NED 39 and the NED 38. The Soling started on the Outer Loop while the Lasers (sorry ILCA's) used the Inner Loop. During the downwind lag the team of NED 38 overtook the NED 39.

In the second race NED 33 was able to push the other two boats on the wrong side of the starting sloop. However after the first beat, due to misinterpreted wind shifts and a slip of Rudy during a tack, NED 38 rounded the first mark first and NED 39 as second. In the first downwind NED 33 stayed low and in the darkie thus overtaking the NED 39. On the second beat NED 38 had to give up the lead. On the home stretch the wind picked up and shifted to a 3/4 wind reach (see planing pictures). After the finish the NED 39 performed a perfect hull take down (no damage to the kite! and ready in time for the next start).

The last race was just one beat to the finish (so almost a real race to the crane). The start was won by NED 38, the race by NED 33 and the NED 39 was first under the crane thus winning the day! 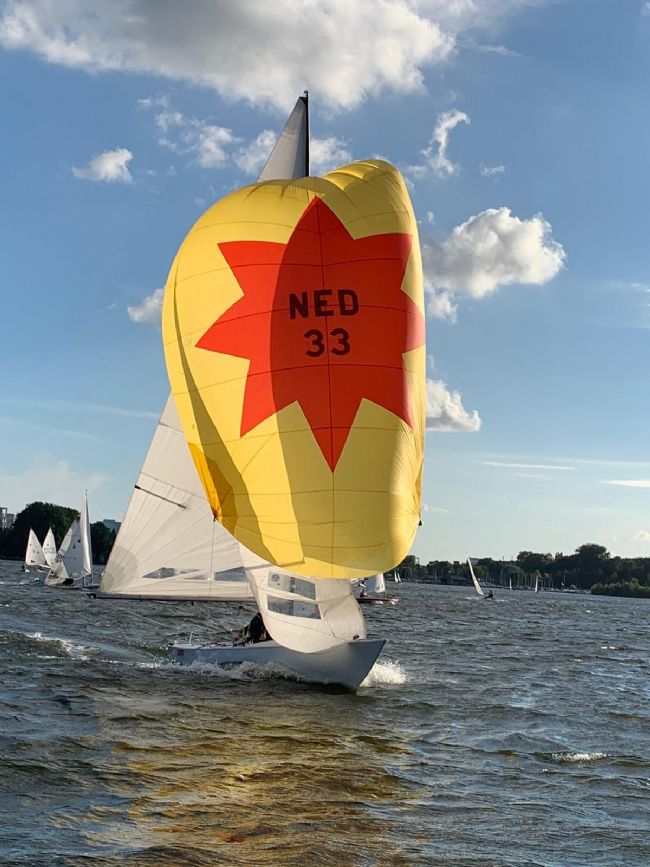 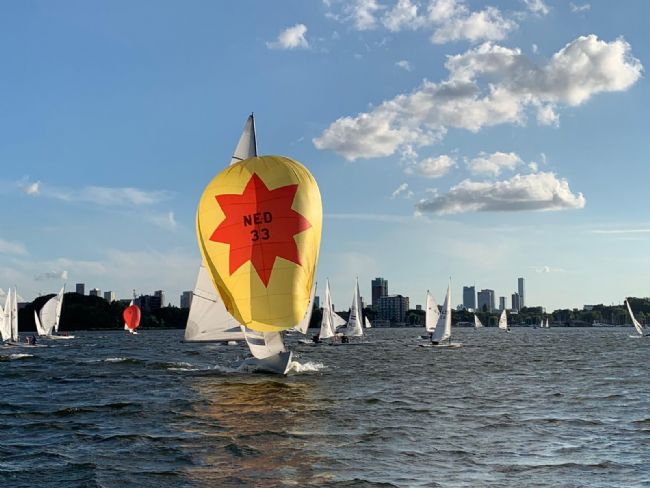 Nice puff at the downwind for NED 33