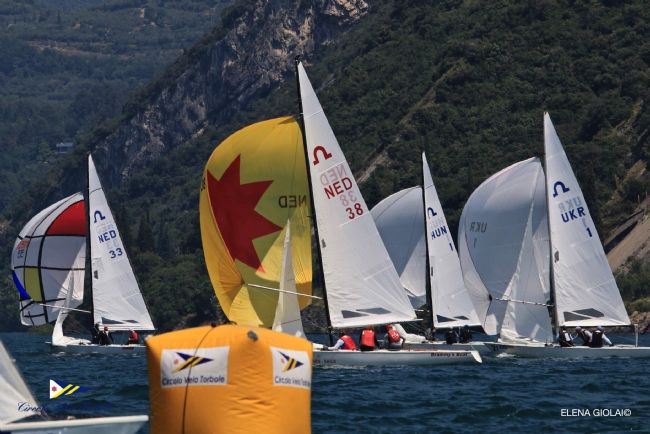 Teams sailing at the 2019 Europeans at Torbole
@ Elena Giolai

Dear Sailors, despite it took time, the Europeans Organizing Authority released the Notice of Race. The Soling in its own race course will have the chance to show its performance and elegance in a traditional so well renamed multi class event amongst former and Olympic classes and other ones.
Musical and show festivals all planned around Warnemunde makes this as unique place to travel, have fun in the water and also after the races, meet all the friends and also some sailing legends.

Find the notice of race at the following link:

The Europeans in Warnemunde due to COVID-19 has been cancelled, the ISA moved the event to late August to be held at Attersee see more at:
www.solingeuropeans.com


For entries go direct to www.solingeuropeans.com as usual, and for European sailors, the platform being used are well known the manage2sail.com one. For overseas, it will require the sailors to register themselves (only once, if you already used you are there). The platform will allow you to pay with credit card, hopefully everything is adjusted for the early entry amount.