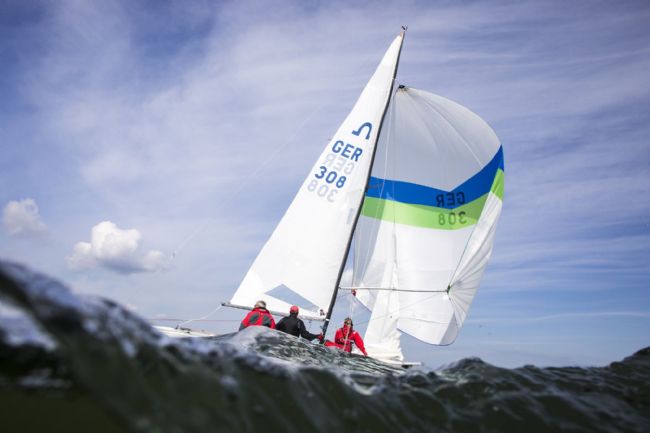 Merry Christmas and a Happy New Year, the year 2019 came to an end and many of us will, if they aren't already, be busy with holiday preparations.

Apart from Solings in southern and warm countries, most boats are hopefully packed up and stored safely to avoid the harsh winter weather. Nevertheless our mind, if not fully occupied with winter sports, is already back on the topic of wind, water and sailing action at both our “usual” and newer locations worldwide.
A new year soon will come and the ISA hopes that all your wishes comes true, and within more sailing, at home and traveling and newer sails therefore with a crescent anxiety desire to improve at the results sheet with friends on board, lots of fun to compensate the hard work done every day.

The year that just passed by left us with positive sensations, like:
- the big fleet grow in France after their excellent World Championship organization, or
- the great sailing that is usual at Lake Garda in Italy, or
- the return to one of the first Olympic weeks at Kingston event in Canada with our North American championship, or
- the newest event in league concept organized by the Brazilians that will repeat this year early in April.

2020 will begin with teams in South America traveling to the ocean in February; people are realizing that surfing with the Soling it really changes the game or at least the sensation. Then continue with major events either in Brazil and Argentina to then receive the guests at the Friendship cup (League concept) at the VDS (Yacht Club that just turned 85 years old), after these the season in Northern hemisphere jumps out of the box with the North Americans, the earliest continental event, in April to be held again at the Severn Sailing Association in Annapolis. Then the European Championship will take place in July in northern Germany (Warnemuende), and in September the Worlds will be once again in Milwaukee (USA). The South American Championship will be in October, Buenos Aires downtown, integrated in the BsAs week. For an extensive overview of the 2020 regattas, see the regatta schedule: http://soling.com/regatta.asp .

this is also a moment to remember all friends who passed away this year - and before - to remind each of us: life is not endless and therefore enjoy life AND also sailing!
Go to places, where you have never been before, meet the soling family, have fun on other continents and be part of the worldwide soling community.
I try to do this since years and feel very satisfied and comfortable to learn, having fun and fill my life with new friends and experiences... and always remember: "a hamster wheel looks from INSIDE like a career ladder"... so try to escape sometimes... netter for your health and mind... ;-)

Have a relaxed christmas time and a happy new year

It is time to recharge the batteries, reload and come next 2020 eager than ever to sail fast your super Soling !
Best winds,
Your secretary
Matias Collins