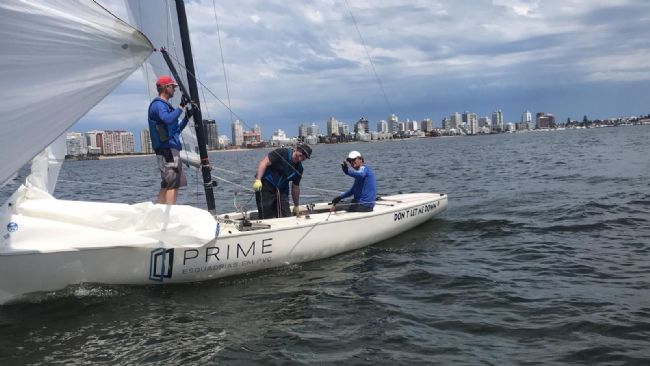 On the last day of the regatta, while boats floated just beside the beach in a form of parade the sailors at least had their swim in the famous summer resort of Punta del Este, the parade an extra for the tourists.

The swim was necessary to cool down the temperature while waiting for the wind that arrived softly later, but enough to race two races, the last one shortened just before a storm coming in, causing the first planning of the event at the last downwind of the championship with up to +17 knots of wind, creating the bitter taste of an non closure event as Punta usually blows like this.

BRA 86 (Hartmann, Sidou and Renard) took two bullets home and the championship, once more leaving BRA 45 (Bergenthal, Goldmeier and Chtmann) the stronger contender with the second place (4th time and if I ‘ not mistaken in a row…)

BRA 78 (Ilha, Floricke and Ilha) with two third kept their third place with confort just ahead ARG 37 (Chometowski, Chometowski and Bustos). But the second real battle was amongst GER 1, GER 11 and BRA 128 (Koch, Koch and Gick) winning by a point the fifth overall place and GER 11(Dietzel, Trein and Lamb) beating also by a point GER 1(Koch, Cappagli, Weppler) .

The South American fleet over the regatta ended with a few decisions like running the Argentine Championship earlier in the year (like Brazilians do), this time will be in March 21-24 and the South American Championship in October together with the BA Week from October 9 to 12. And what was left to discuss for a firm fixed date in November at the Yacht Club Punta del Este to attract international Sailors at one of the best spots for sailing and sightseeing. 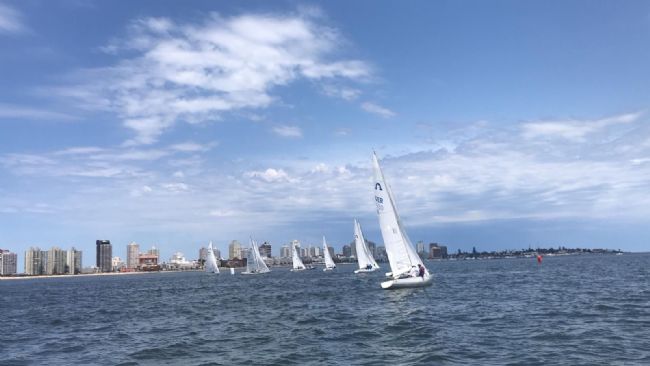 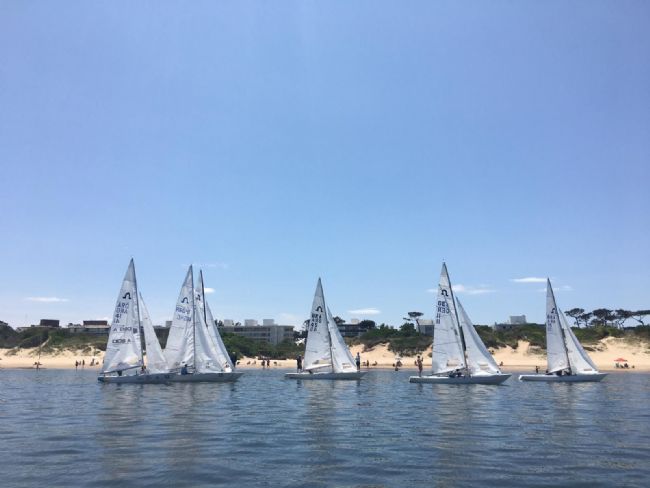 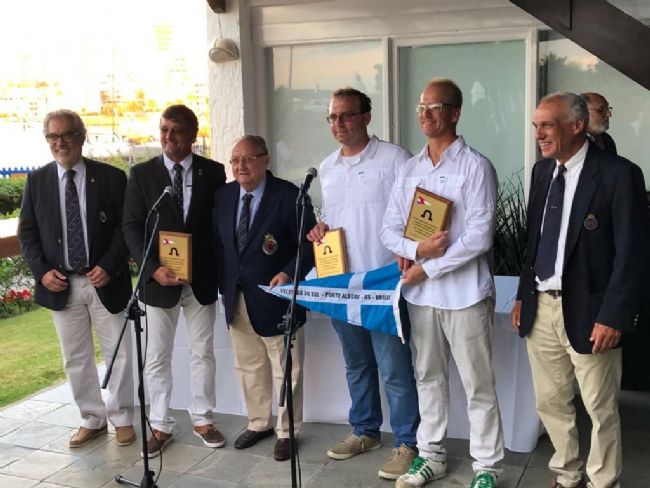