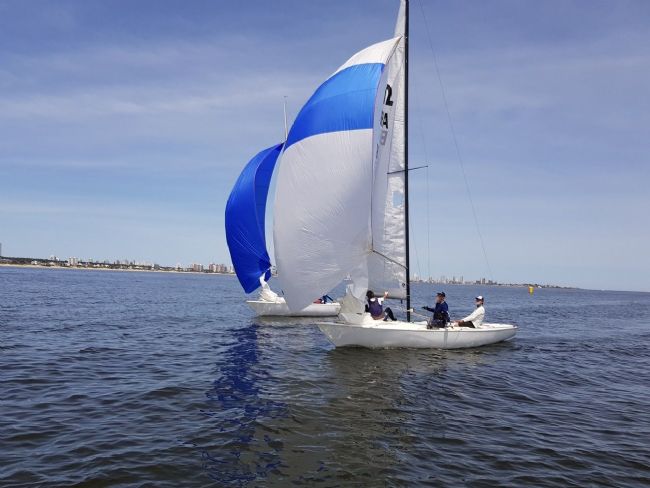 Not usual but it happens, today only just a race was held, the one with very light winds from the west/southwest with no more than 8 knots of intensity. A course set of 0.8 NM was long course, since it was not shortened, started around 1130 and by 1300hs everyone was floting around waiting for a second race, that was abandoned close to 1530hs and as usual around 1630 a nice east breeze built but sailors were already in beer mode...

The only race of the day had a huge lead from BRA 86 (Hartmann, Sidou and Renard) and the follower was BRA 45 (Kadu, Goldmeier and Chtmann) , in third came GER 1 (Koch, Cappagli and Weppler).

Three boats have the championship control and are only three points apart (two in a tie). Then from 4th to 8th there are only 9 points in between, this gap changes and include an extra boat with the discards and also shrinks the difference amongst the three leaders.

With an early start (1030hs) tomorrow and a time limit to start around 1500hs, the race officer will try to hold three races despite the general idea that around noon the wind will die again. 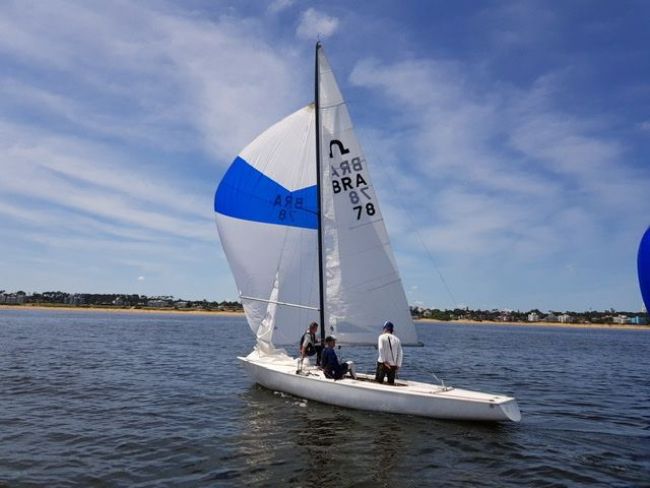 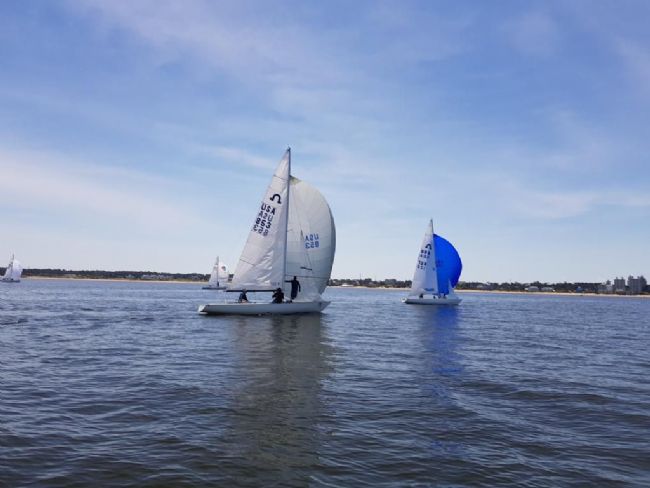 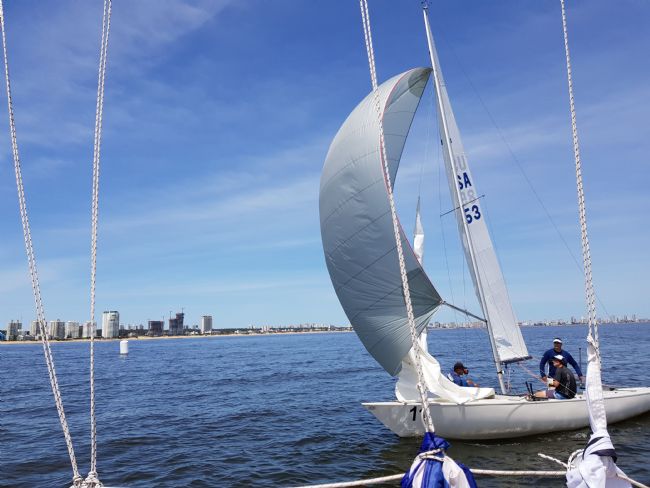