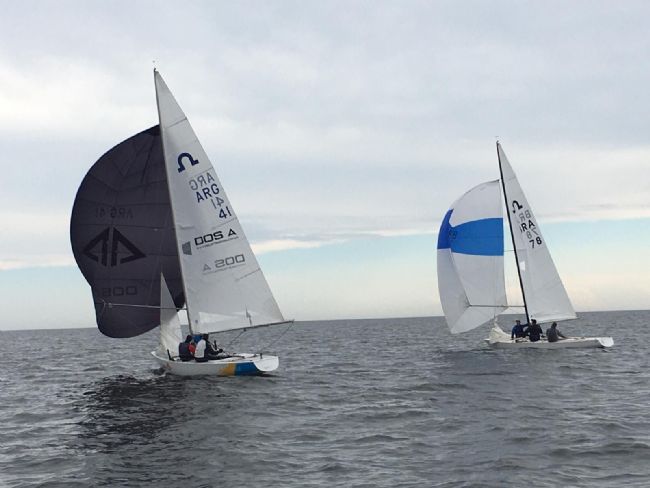 The battle for the second race

In the morning strong winds from the west reaching 17 knots, the race started with a few boats over early, and by the second upwind there were a course change not observed by a few boats, which over stood the mark considerably, USA 853 almost rounded the old one…

BRA 78 who took the lead at the first downwind mark never lost the one winning their first bullet even when the wind decreased strongly for the last lap after the rain was gone. BRA 86 (Hartmann, Sidou and Renard) managed to accomplish a second just ahead ARG 37 (Chometowski, Chometowski and Bustos).

For the second race of the day the wind moved to the North, light with not more 7 knots, ARG 41 Maffei, Ravazzi and Bermudez took the pin end went to the left strong to come to the mark with a fresh breeze that rotated about 20 degrees, rounding first the mark, and they managed to keep the lead the two firsts laps but BRA 78 was sailing in hot mode to finally pass them in the last downwind to finish ahead and take their second bullet of the day just when clouds moved away and sun started to shine again, in third came BRA 86.

A third race was stared but abandoned at the weather mark with again a wind change that moved 40 degrees to the left and . Boats went back to the harbor and the YCPE welcomed all sailors with nice Hamburgers, Beer and refreshments at the garden of the Yacht Club.

Tomorrow Sunday the start was scheduled for 1100hs and race officer will attempt to make 4 races to bring back the program to the schedule. 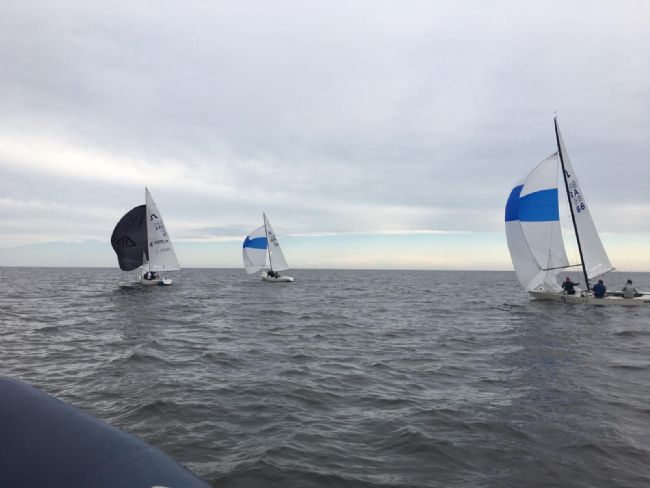 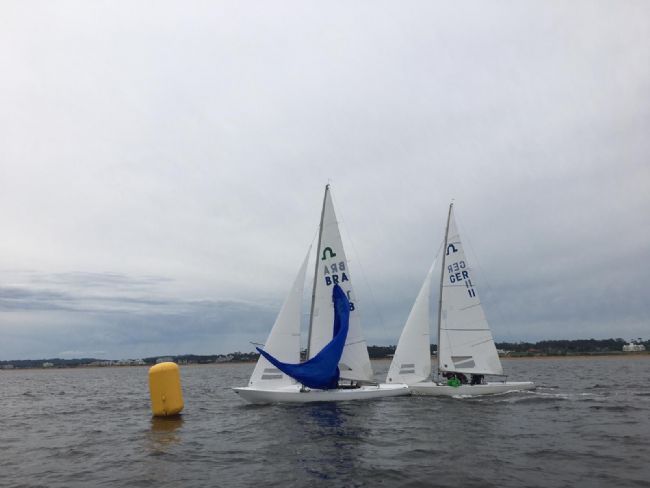