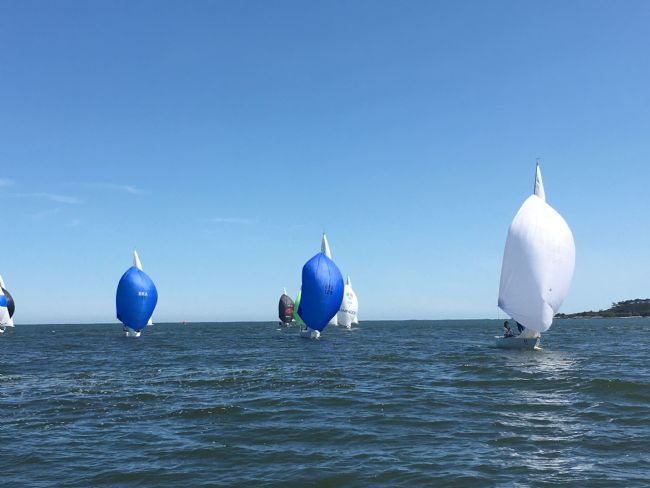 An amazing first day at the 2019 South American Championship in Punta del Este being organized by the Yacht Club Punta del Este and all its glamour, the Atlantic sea merging with the Rio de la Plata exit a soft breeze from the South East, two fighting currents and an some nice rolling waves of 0.3mts all these and not a single cloud in the sky seasoned a great start in a great venue.

Race Officer Bernie Knuppel a former Soling sailor and dedicated himself as race organizer together with the YCPE volunteers achieved two races, the first one despite the light winds from 6 to 10 knots exactly in the dream target time by the ISA championship committee. The second one was a 15 minutes shorter facing the idea that all teams would be present at the Opening ceremony in the principal YCPE events room.

For both races BRA 45 took the bullet, the first one after not being so good in the first beat but taking an early jibe to the Gorriti Island and finding something (either current or wind) that drove them into first passing basically the whole fleet. At this point BRA 78 (Ilha, Floricke and Ilha) fighting with USA 853 (Collins, Fioriti and Musante) and BRA 86 (Hartmann, Sidou and Renard) in an intense battle where BRA 78 took the best outcome followed by BRA 86.

The second race with lots of problems to make the pin end and a bunch of boats luffing each other in an extreme light wind and heavy current left BRA 78 nearly parked in the starting line but BRA 45 accelerating into the left corner to again lead the race with clear confort, at this time followed by ARG 37 (Chometowski, Chometowski and Bustos) and in third the reining South American Champion BRA 128 (Dennis Koch, Jimmy Koch and Andre Gick).

After the racing the YCPE received all sailors with standing sea food, drinks and an opening ceremony where the club could explain their participation in the Clipper Race wide with their own yellow boat that is currently in second overall at the event round the world.

Start for the second race was scheduled at 1300hs and at the afternoon some rain is expected. 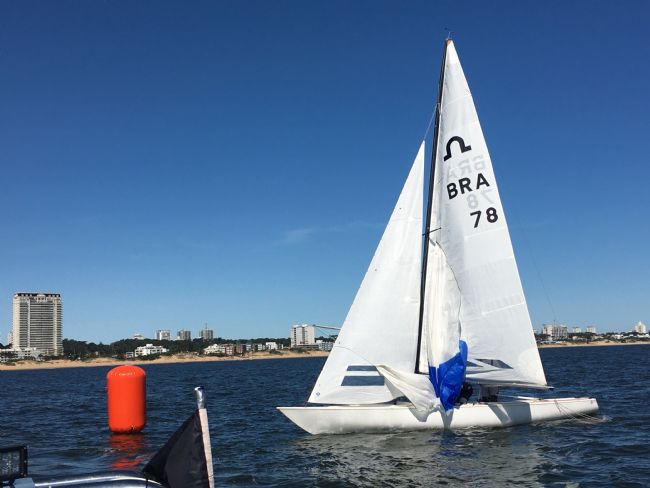 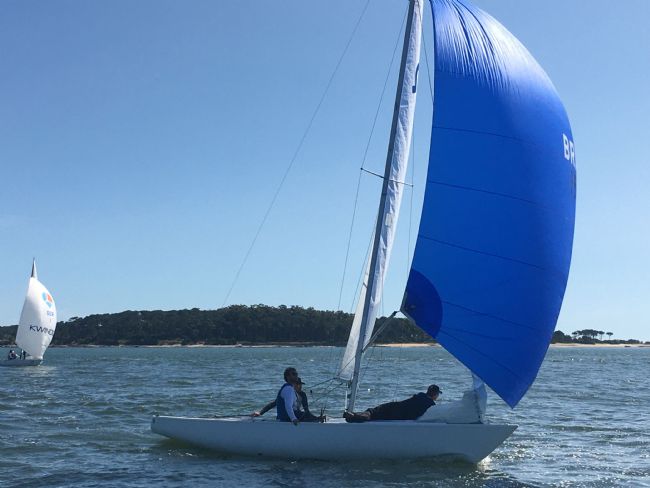 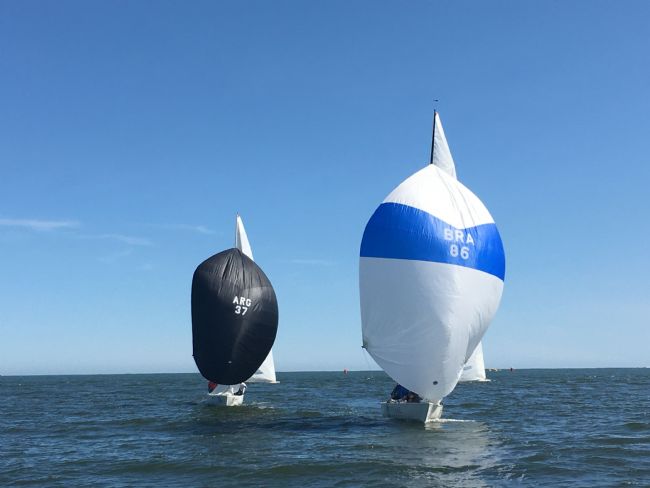