Extreme weather at the last weekend of the State Championship

If you host a regatta and the one is being cancelled do not forget to advise the class office.
Please follow the instructions your country takes to fight against this thread and lets hope this go away soon and we can enjoy our Soling Sailing.,

The Chesapeake Soling Fleet and Severn Sailing Association (SSA) have cancelled the 2020 Soling North Americans planned for April 22 thru 26 due to the Covid-19 pandemic.

As stated previously, the SSA Board of Governors has approved rescheduling the event from October 21 thru October 25, 2020. The Soling Chesapeake Fleet will submit a request for approval of a revised schedule to the ISA Championship Committee shortly.

On behalf of the Chesapeake Soling Fleet, all best wishes and be safe.

Extreme weather at the last weekend of the State Championship 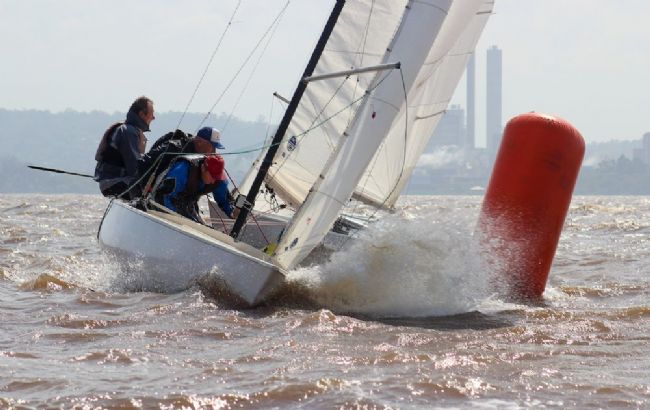 After the Worlds held in La Baule, in which two Brazilian teams attended, the VDS, the traditional Yacht Club first started honoring their team BRA 78 with Nelson Ilha, Manfredo Floricke and Cuca Ilha who achieved a second place in France with a nice dinner and then the two subsequent weekends the competition amongst the strong Brazilian fleet was on again.

The first weekend with medium to light winds and 5 races achieved by the RO Odecio Adam, had former 2007 World champions BRA 73 with George Nehm, Marcos Pinto Ribeiro and Alexandre Mueller ahead at the overall results but closely followed by BRA 86 with Cicero Hartmann, Federico Sidou and Andre Renard and stepping their toes BRA 78 under a tremendous pressure.

The key of the weekend where the 4 starting teams joining the class, mainly young from the club making their first approach in a technical class where seamanship, tactics, strategy and sailing knowledge is completely mixed to produce the outcome result at the end of an event.

As usual the first weekend was over and another 5 races were expected to the next, but weather was too extreme in the Southern part of Brazil. On Saturday, nice sunny day, absolutely no wind which led teams to float around for a while after coming back home with empty hands. But on Sunday the history was different, strong winds hit the 'Pedra Redonda' race course, most of the beginners chose not to go out, but the experimented sailors had to prove themselves what they are made of.

Some boat failures took out of competition some teams, like it happened in La Baule, but during the three races under these conditions ended in a very close battle amongst BRA 73 and BRA 86, neck by neck finish on the last race which defined the podium again to BRA 73 over BRA 86.

With this event, Brazilian teams keep their training to put all efforts in keeping the South American Championship title once more in their home waters, event that will be held in Punta del Este, Uruguay one of the best sailing spots in South America, with sun, beach, wave and wind + sea food or the famous southern beef we leave this to your criteria (see more at sa.soling.com ) 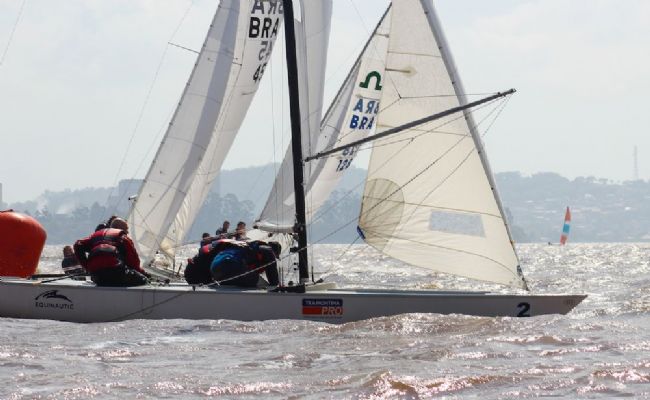 BRA 73 the winners after rounding the windward mark
@VDS -Pedebos 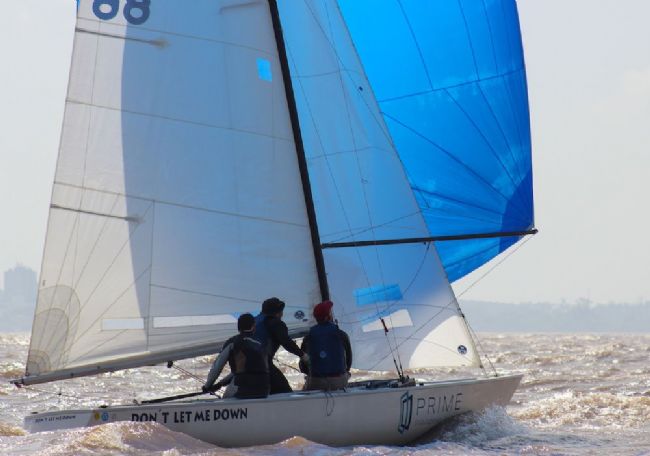 BRA 86 at the downwind
@VDS -Pedebos 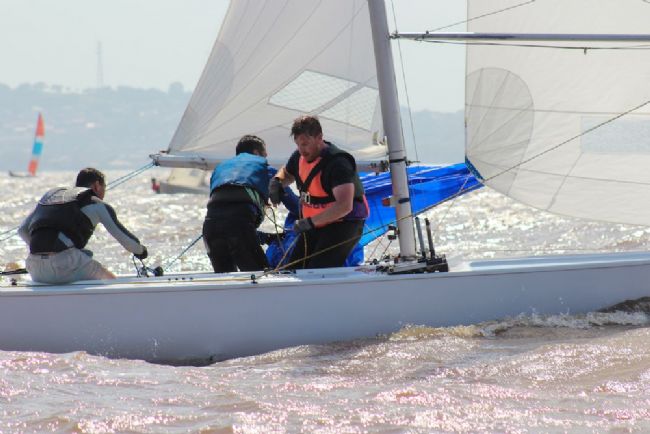 Looking forward to the SA event

Hopefully to present some battle at the Uruguayan waters