If you host a regatta and the one is being cancelled do not forget to advise the class office.
Please follow the instructions your country takes to fight against this thread and lets hope this go away soon and we can enjoy our Soling Sailing.,

The Chesapeake Soling Fleet and Severn Sailing Association (SSA) have cancelled the 2020 Soling North Americans planned for April 22 thru 26 due to the Covid-19 pandemic.

As stated previously, the SSA Board of Governors has approved rescheduling the event from October 21 thru October 25, 2020. The Soling Chesapeake Fleet will submit a request for approval of a revised schedule to the ISA Championship Committee shortly.

On behalf of the Chesapeake Soling Fleet, all best wishes and be safe. 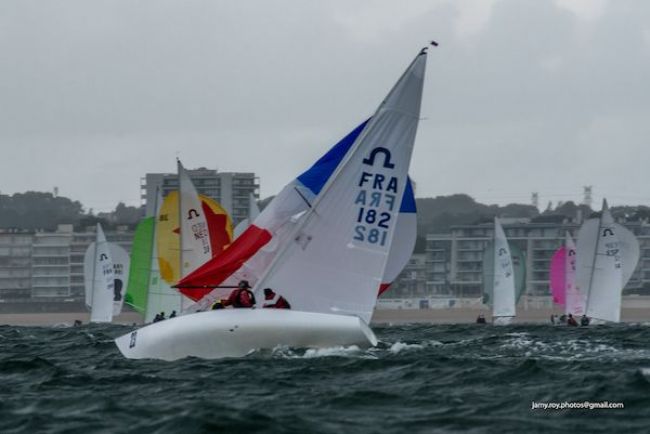 With winds from 23-28 knots from the North-West today and rolling one meter waves from the West, the first race of the day was dry however rain arrived for the second race impairing visibility. It was a difficult day for most of the boats either due to lack of maintenance or just failures. It has been a long time since the Soling class had two broken masts in a regatta, along with shrouds, vangs, and other failures.

Team HUN 11 didn't have their best start, they were not at favourable pin end of the line, but tacked just right after the gun to the right side of the course crossing the fleet nicely. All the boats who started at the pin end were in better shape such as BRA 78 or CAN 225. A pack of 8 to 10 boats rounded very close together at the windward mark, and were very quick in starting to deploy their spinnakers in fantastic surfing conditions, USA 853 passing DEN 128, GER 1 and DEN 34. The second beat was similar but those choosing early on to the left side gained on the ones who tacked soon after the favored gate (left side of the course). The first excitement came when USA 853 after managing to control HUN 1 saw BRA 78 do a Chinese jibe just beside them to windward. The Race was won by FIN 46 from the middle of the front pack at the first mark followed by HUN 11 and in third ARG 32.

At this point GER 1 had problems with a halyard, UKR 1 broke a lower shroud and then lost their mast, along with FRA 206 as well.

The waiting between races was excessive but when we all got underway starting at the pin end didn't pay as well as in the first race. The rain then started and for moments the gusts were heavier. CAN 225 followed by FIN 46 and then BRA 78 were in control and rounded first the weather mark. FIN 46 took the lead at the second upwind leg leaving a battle downwind for CAN 225 and BRA 78. On the third beat CAN 225 lacked speed and stayed on a longer course, BRA 78 and ARG 32 tacked early after rounding the gate, later at the windward mark CAN 225 had to duck ARG 32. FIN 46 took the win making it their second bullet of the day followed by BRA 78 and ARG 32.

The notice of the race was USA 853 fighting close to HUN 1, DEN 128 and managing to surf ahead and at the leeward side on the last run, about 300 meters before mark heard the first bang, and the mast moving all the way forward like if we were sailing in 5 knots of wind. The situation then deteriorated when trying to drop the spinnaker as the halyard tangled in the drum causing a broach, and on the attempt to not broach snapping the tiller making the jibe to the finish nearly impossible with a 20 cm tiller. This then caused a further broach again against the jibe mark hooking the mark with the main sheet. It took a while to drop the spinnaker completely and unhook the mark, tack and jibe at the mark tack and jibe again to manage to finish 27 after being 7th, the drama was not over however broaching again after the finish with the helmsman overboard. Finally at the harbor they were the last to leave the boat, fixing a new backstay system again, adding dyneema lines to prevent another collapse.

As per sailing instructions tomorrow two races are scheduled and no start after 1630 while the start Is 1430. Awards will follow the race(s) in the afternoon. 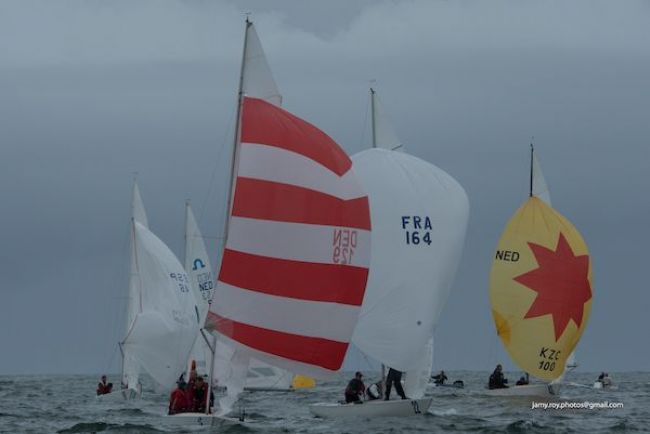 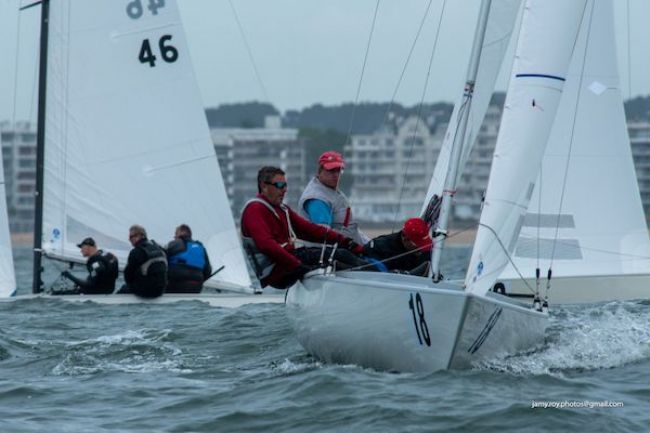 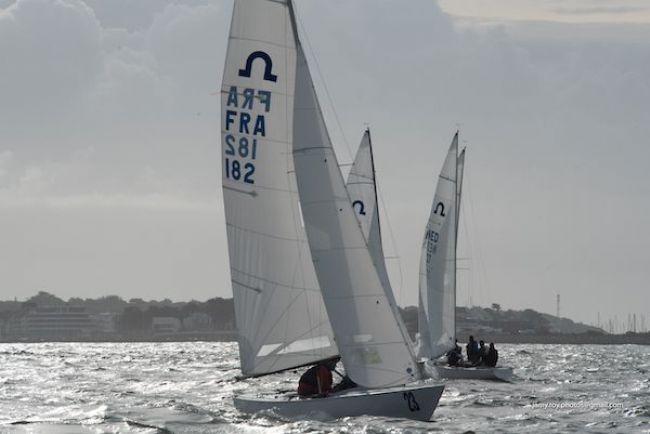