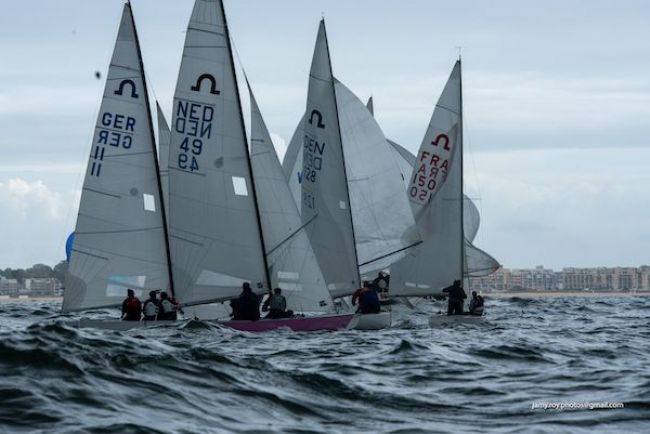 Despite the sun came out at the bay, the wind marked its presence blowing hard from the west quite constant with little oscilations, on top of that a crossing swell of about 0.8mts from the Southwest.
All teams sailed out but a couple ended coming back early to fix equipment failure, the teams got lucky with the weather that allowed all sort of maintenance on the harbor before the end of day.

The first race, a group of boats started well on the left, but just some tacked in the right moment not over standing the layline. The fight started amongst HUN 1, HUN 11, DEN 128, DEN 34, FIN 46, ARG 32 and USA 853, rounding the mark FIN 46 was the only one to go low and jibe followed by CAN 225, by the downwind mark FIN 46 had lost the pack and rounded the left gate.
The upwind was a copy of the first but USA 853 managed to pass ARG 32 at this time, and during this beat sailing to the left FIN 46 managed to pass team USA 853 both following NED 34, team HUN 11 defending their lead against HUN 1. FIN 46 and USA 853 finally at the middle of the leg managed to pass NED 34. The race ended with the Hungarians enjoying their 1 & 2nd places followed by FIN 46.

Second race, again a group starting on the left made considerable ground with those starting on the right like CAN 225, BRA 78, ARG 32, UKR 1, Those who tacked early to port like BRA 78 managed to cross the fleet and group the pack of the front. By the first windward mark BRA 78 rounded just ahead of Can 225 however during the first downwind leg CAN 225 passed BRA 78 just before the downwind mark with UKR 1 and ARG 32 very close behind. During the next upwind leg Can 225 was able to stretch their legs and attain a more comfortable lead, however this was reduced by UKR 1 on the next downwind leg. There was no further change at the front however the midfield was most definitely action packed.

After the race the beer flowed on the pontoons as not only did teams hand kit out to dry but drills, spanners, new blocks and other fittings were common items being used on every other boat to repair breakages. Those who were already at the bar had been so from a considerable time earlier as some did not compete in the second race. Finally a quick mention to the ladies of the La Baule Yacht Club who made the most warming and best soup I have ever laid my eyes on after a hard day on the water. 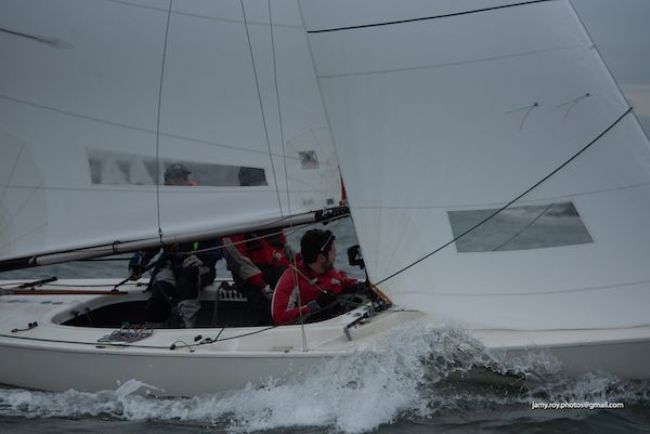 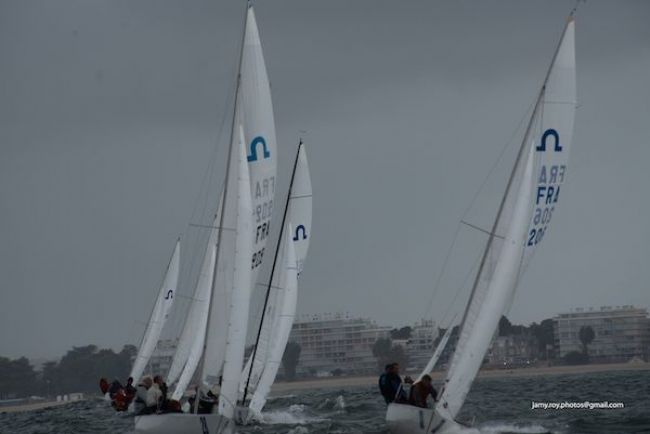 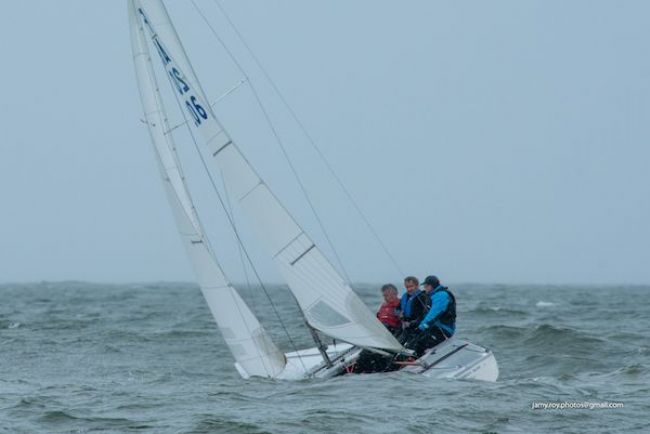