Last Inspection day at the Worlds

Last Inspection day at the Worlds 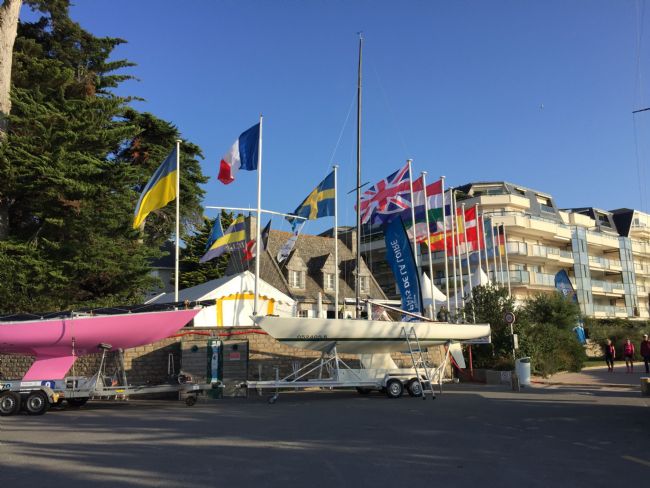 The view from the beach

Practice turned into a drag race at the last inspection day during the 2019 Soling World Championship.
The day didn't turn into an ugly one as forecasted but it was a champagne sailing with sun included and a starting wind from SouthWest that quickly developed into a Westerly one, the Race Committee without changes had then a one tack upwind, and a reaching back to the mark.

Some boats decided to go back after one round to enjoy what could be the last sun of the week with nice temperatures to wait for the opening ceremony, others just finished upwind in the 5th leg to head to the club and join the rest of the fleet at the mooring.
All boats went to the water but one (USA 853), on the process damaged the keel tip due to impatience of the crane master. They spent the whole morning and part of the afternoon fixing it with epoxy filler and then Gelcoat, ready to race now, but they had no chance to do any practice and to go to the water they need to wait for the tide.

As part of the inspection process a few boats had minor problems such as a few teams had to add up to 10 Kg on the boat and some others some grams on top of the mast. Jean Pierre Marmier the World Sailing Measurer for the Soling class had help from Philippe Sauteron, Jean Marie Le Guillou, Philippe Blouin, Armel Blandin, Veronique Blandin and Gilles Lebreton.

Tonight, the Yacht Club La Baule will perform the opening ceremony hopefully the weather stays beautiful as the afternoon.

Tomorrow two races as schedule starting at 1030hs, boats will be leaving the harbor after breakfast for free at 0800 am. And after the races will be welcome with some beers, just before the Intl. Soling Class Annual General Meetings will start at the YCLB. 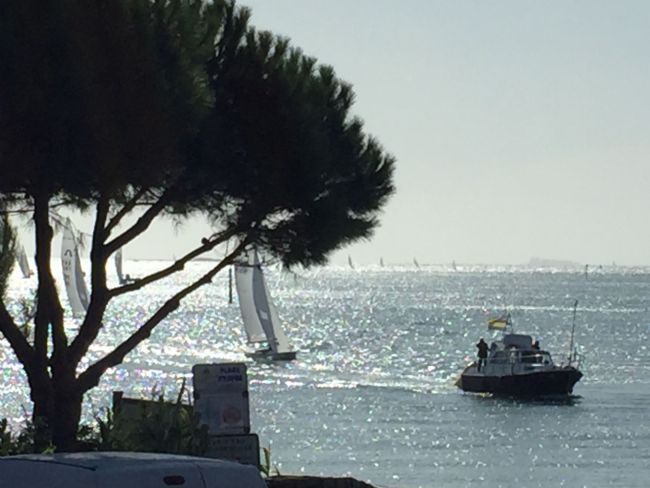 The boats on the way back 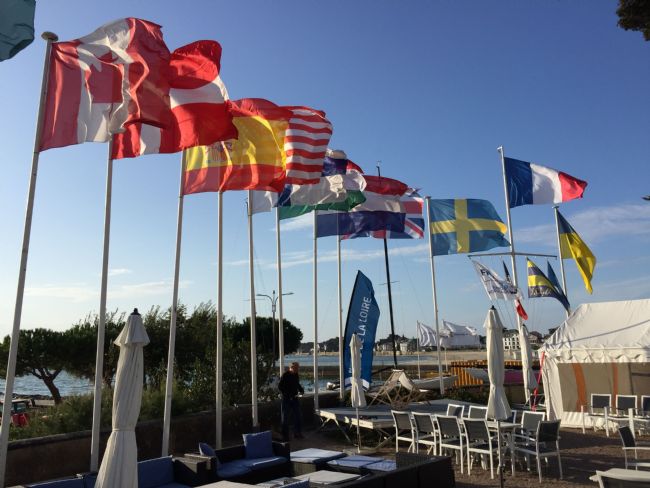 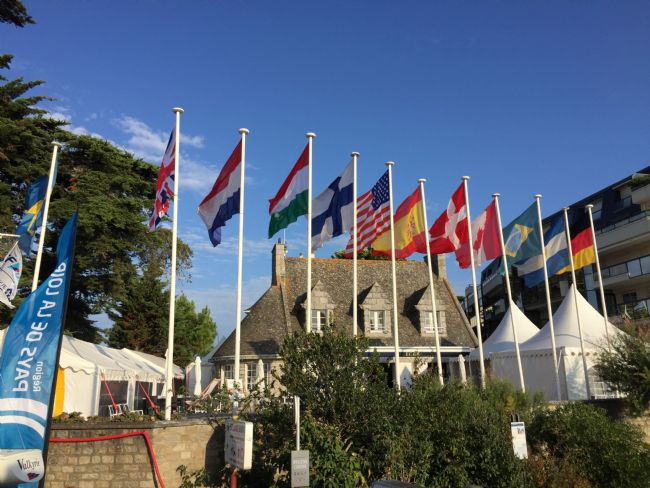