The Solings arriving at La Baule

The Solings arriving at La Baule 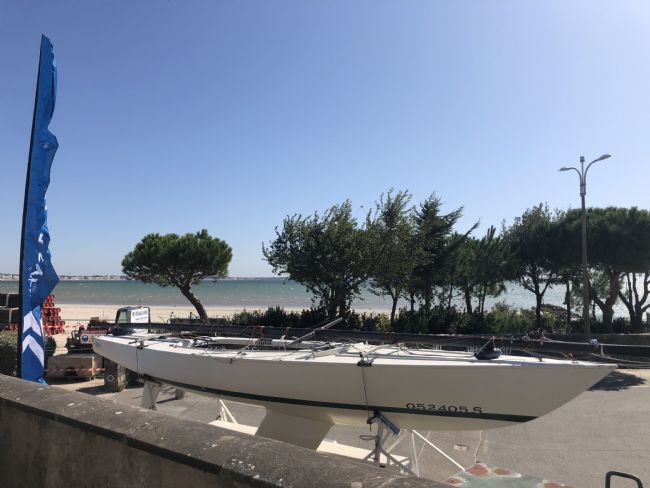 ready to step the mast and jump in the water

The biggest date of the year, the best attended event, will also be the windiest event?

Earlier arrivers at La Baule, enjoying a fabulous weather, and watching how it is blowing from the East, not a normal wind, beer in one hand , Sun shining behind, with a narrow time to go out sailing due to the tides, what to do? And more tactics, concepts are discussed at the table, no one makes the move ... , in the other hand many boats were ready after an early measurement which was started by Jean Pierre Marmier, assisted by Philippe and the local star Jean Marie Le Guillou, a hero in the region, 4th at the Olympics of 72 with the Soling, and the key behind the first AC challenger from France.

FIN 46 the team that arrived the earliest, had their training, experimenting the wind, the sunshine and sundown, as the whole training were always in the short narrow window they opted one time to be romantic. In the other hand FRA 164 were still upgrading the boat before measurement, installing new spinnaker boxes made by the plumber that is fixing the water licking at the house.

Yacht Club La Baule, have been deeply dressed in the past days, installing tents, preparing the flag poles, and having a nightmare to find an specific flag which was wrongly marked as from one county being from another, thanks to the county administration later today was found. But later today, all the Frenchman was talking were how to prepare tomorrow morning the TV to watch the Rugby World cup's game amongst the 'Bleu - FRA' and 'Pumas - ARG'.

41 entries are registered, from 14 Nations, all upon arrival making the petit pit stop at the Nautisme CTO where at the big warehouse boats are inspected. 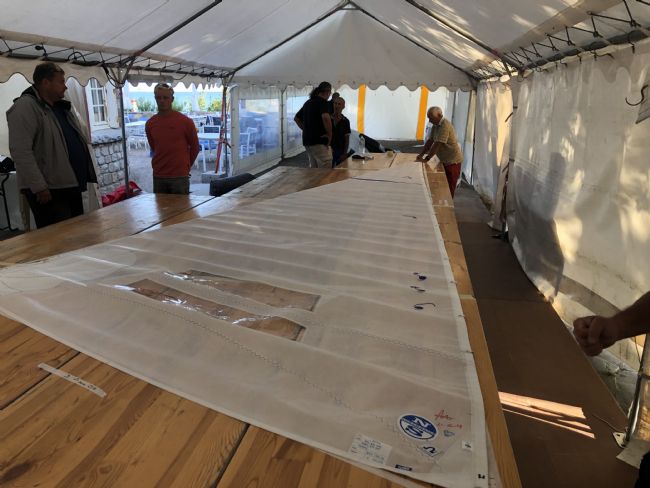 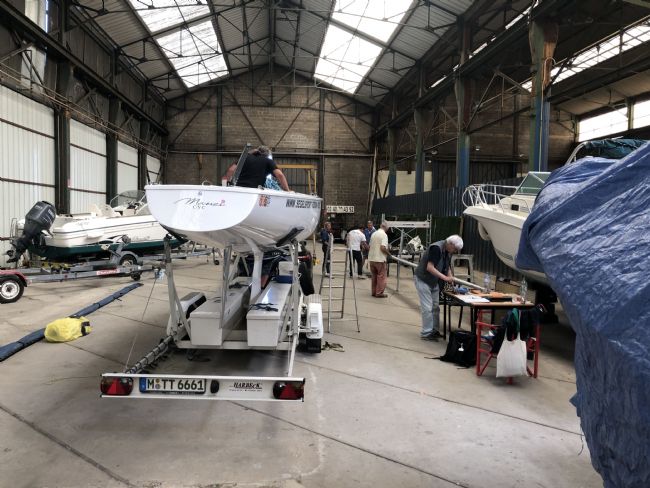 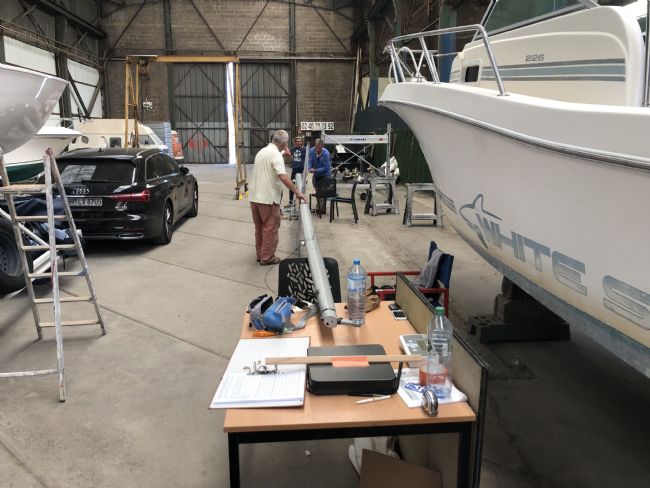