German Open, Secretary steals the championship from the President

German Open, Secretary steals the championship from the President 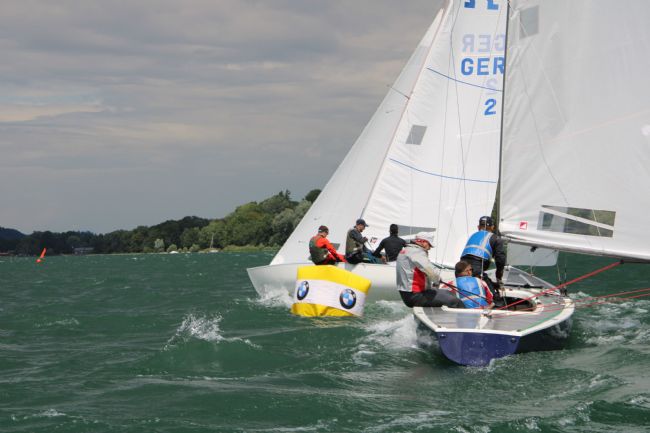 Like no other year Starnbergsee gave its best wind to the sailors competing at the 21st Erich Hirt Preis and in 2019 the German Open event as well.

This traditional event held by the Bayersich Yacht Club every year saw 14 teams wait on Friday in the water for an hour until an unexpected South West breeze from 12 to 16 knots filled the lake and got stronger, the fleet compact at the waeather mark, had to sort out the sudden wind intensity increase and those jibing early and with the spinnaker set at an offset that moved to leeward from its original position gained fast , GER 11 with class president Michael Dietzel, Vera Geck and Sigrid Dietzel took the lead, followed by USA 853 with class secretary Matias Collins, Andreas Baumüller and Stefan Strauch. These two teams kept pulling out of the fleet while the strong winds decreased a bit and after a 6 leg windward/leeward course without gate but with a traditional mini reach, the jibing at the leeward mark gave an extra emotion when GER 308 local hero Burschi Haist, Martin Zeileis and Irene Haist managed to get the inside overlap and pass GER 2 with Christian Mack, Thomas Fabry and Florian Lautnschläger..

Unfortunately, it was late and the wind rotated 30 degrees to the left in the last downwind making a course change a task of no less than 1 hr change due to the lake deepness. Reason Race Officer Prof. Eberhard Fischer Brandies called the day off so the class could have its traditional party where team USA 853 and Thomas Scherer worked hard to grill the Nürnberger sausages to the sailors and guests. There were free beer from the local Bavarian brewery, Italian wine, cheese, all perfect organized by the Haist family (Irene, Karl), also for the late night schnaps brought by Gert Auerswald and Havanna cookies that flew fresh from Argentina with class secretary.

Saturday the day started early while 1030 boats were in the water sailing a lighter wind than on Friday from 8 to 12 knots this time from the West, at the start the wind went 10 degrees to the left and in a clear start USA 853 tacked right at the started line crossing half of the fleet to the west coast of the lake. The wind came back into right position and even went a bit to the right side allowing them to take an early advantage, during the race the wind started to fade away and kept shifting 20 degrees to the right or to the left from its original position, which led the race committee to shorten the race in the second downwind USA 853 won the race followed by GER 323 with Mathias Dulce, Klaus Gaede and Simon Zeh from Berlin and very close GER 11.

The second race of the day started with the wind a bit more to North West and lower intensity about 8 knots and some gusts of 12 which made it quite difficult to the sailors to choose side and strategies leading to a constant position changes, also the race committee decided to shorten the race after the second lap, the best outcome was again GER 11 taking the bullet followed close by Berliner GER 49 Daniel Diesing, Carsten Fischer and Andreas Finck and in third GER 308 .

The third race again with more wind but more to the west, another short race saw an early lead by GER 2 who achieved the bullet followed by GER 209 with Tim Giesecke, Jakob Zeh and Sven Rikwald, and in third came GER 49 who managed to pass USA 853 in the downwind leg to collect its place.
By the fourth race sailors were tired, wind went again a bit to the left and again GER 2 sailing like their dreams collected another bullet, followed this time by GER 11 and USA 853. It was a long race without shortening, making and including some storm menace with the lighting system on around the lake

While all though it was all for the day, a new wind this time from the North allowed the race committee to conduct the last race and 5th of the day and with a crazy crowded leeward mark rounding. The wind had decrease considerably reaching 6 knots which some teams, managed the rounding and the setup of the boat right away of the mark to have speed and clear the situation GER 308, USA 853 were the two which after 4 strategical tacks were away from the fleet, more to the left USA 853 which was constantly faster to the mark, managing to pass GER 308 before the rounding mark and then defend the whole downwind, while wind increased again. With probably the best maneuver of USA 853 at the leeward mark in shortened race and exact jibe set allowed them with again the strong winds finish with the spinnaker GER 308 with some distance to the followers opted to a safe mode after having troubles in an earlier race in the day. GER 11 that was coming behind GER 292 with Thomas Scherer, Michael Ziller and Hans Lindner could not handle the spinnaker pole setup and lost a position to GER 49 leaded by the experienced Berliner sailor Daniel Diesing who managed to pass GER 11 by leeward.

Sailors were tired but the "casino" at the BYC offered a nice dinner which all attended but left quite early, not like at the class party…

On Sunday two more races were scheduled to complete the championship, but like predicted by the race committee, it was just a nice day, sun, swimming, and waiting nothing to come.

Class secretary then managed to steal the championship from the president in his own home club which was showing sailing perfection with their new Carbon mast but Team USA 853 Matias Collins (CNSI), Andreas Baumüller(BYC, YCN) and Stefan Strauch(YCF) did a consistent job, sailing together for the first time and with passion and patience kept the good work over the weekend.

Class Secretary Matias Collins, Andi Baumüller representing the BYC & YCN and Stefan Strauch the YCF will now be glad to see their name amongst other 10 champions in the 21 editions of the Erich Hirt Preis, names which 3 of them are World Champions and 4 of them are European Champions, not only in the Soling class.

Next ranked event in Europe the Dutch Open at August 17 and 18 in Hollandia, Medemblik. and over next weekend the North American Championship being held at the 50th anniversary of CORK , Kingston Canada.
La Baule with its Worlds preparations will also host their Open on August 10 to 13, which will serve as practice event for the French fleet that mostly sail in the inland rivers. 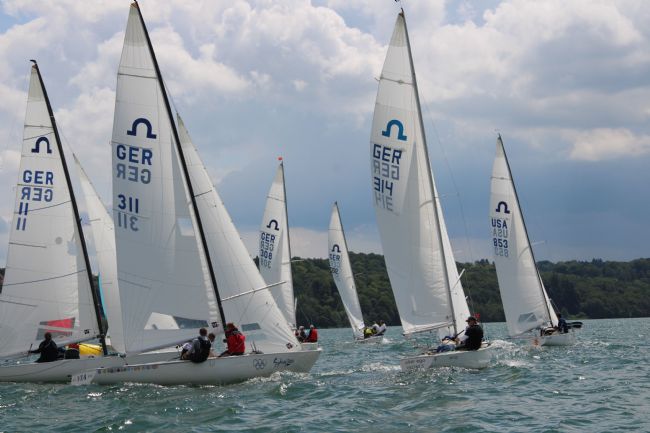 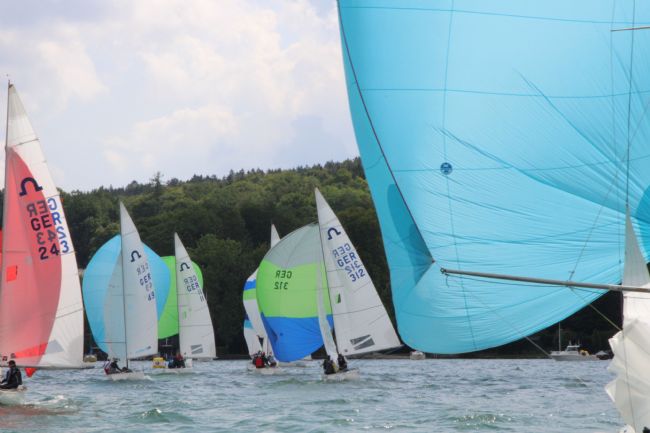 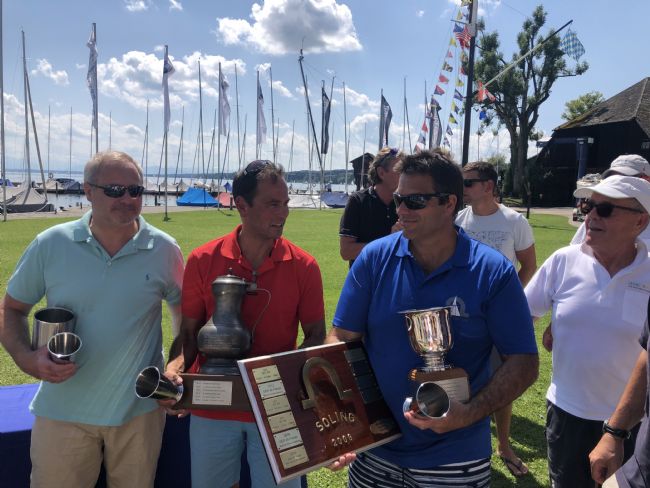