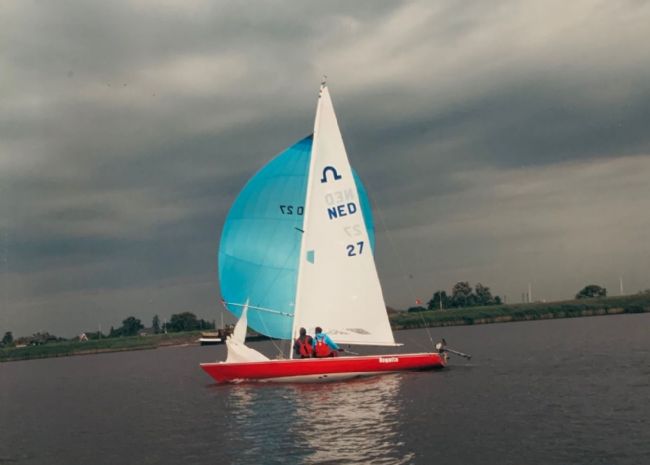 I found the Soling in the picture NED 27 on May 2012 in a Belgium forest.
It was an Elvstrom from 1976. The boat was completely green and full of water. I took the boat home to Krimpen, cleaned it and started to sail with it a little. Because it is a three person boat I needed to find a crew. First I asked Gerben den Hartog, who saw this new type of sailing boat as a challenge as well and so we were with two. From 2013 we started sailing in local evening regatta's on the river with different bow persons. This went pretty well, and we learned a lot.

In 2014 I came in contact with Rudy den Outer of the Dutch Soling Association, because I was looking for some tips and tricks and wanted to know if I sailed the boat correctly. Rudy offered to drop by and so he came to Krimpen, looked at the boat and said "This does not look like a soling!". The mast was too straight etc. So he gave me tips and I went to work on it. Before he left, he asked if I wanted to go to the Worlds in Italy (2015). I thought this was way out of our league, but he said it would be a great experience and that I should think about it. It did not take me long to decide to go for this great adventure. It was still with an occasion team, but it was a great experience and I was completely infected with the Soling virus. After that Kingston (2016) followed.

In 2016 I asked Karsten Kraan if he wanted to be our team's bow person and from that time on we had the team NED 37 complete and sailed (in a newer Abbott Soling) almost all the European and World Championships. We enjoy it very much being part of this great Soling family and hope to sail many championships more.

This 2020 we have also bought another soling, NED 39. Our team is getting this boat ready to sail for young sailors that want to try a Soling. Our goal is to get them enthusiastic for the Soling as well, so they will hopefully grow into the soling circuit.

To all, stay healthy and I hope we will soon see each other again on the water. 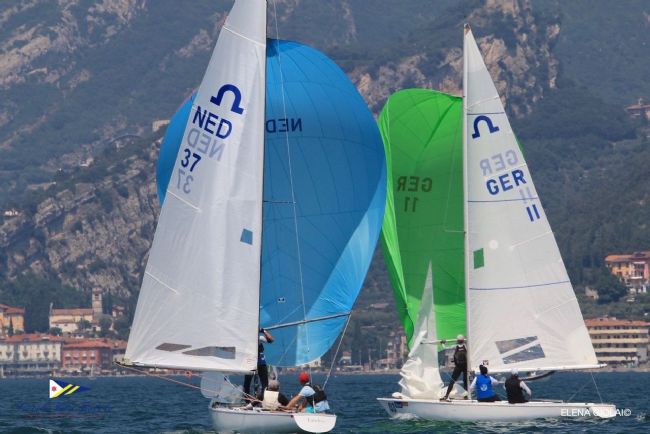 At the Europeans in Garda
@Elena Giolai 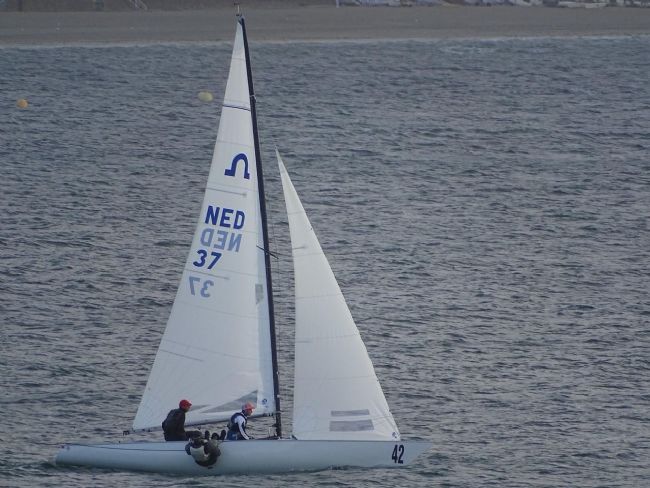 Sailing in the new NED 37 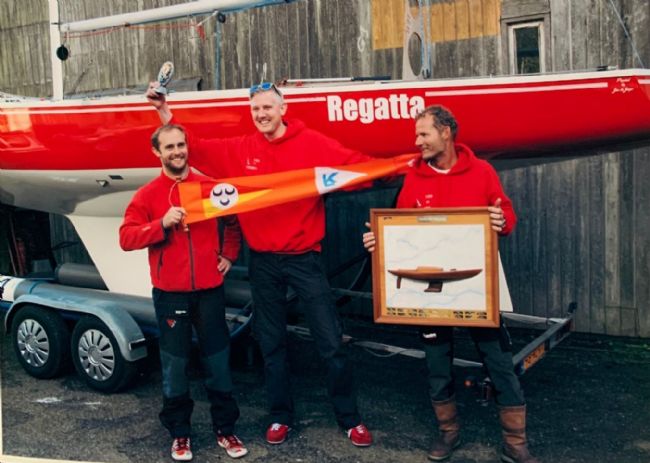