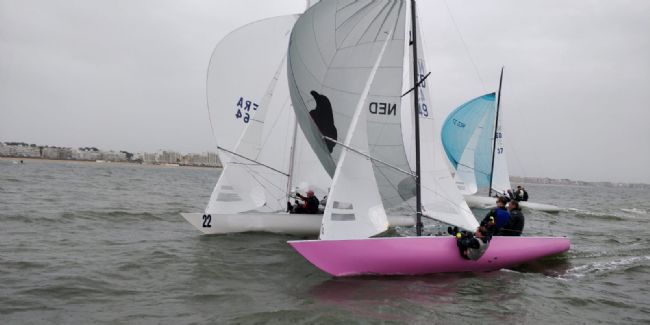 The day started with overcast skies and 15 knots from the southwest as the teams prepred in the channel at La Baule. Slowing as the jetties emptied and the boats headed for the racaecourse the wind increased a little.

As the first race commenced, CAN 225 had a good start at the pin end with USA 853 tacking off on port at the committee boat end. Up the first windward leg BRA 78 and ARG 32 looking good in the middle of the course. As the boats piled in to the first windward mark it was CAN 225 that rounded first followed by BRA 78 second with ARG 32 in third. As the boats made their way up the second windward leg the wind started to build CAN 225 and ARG 32 initially took to the port side of the course in a close battle which lasted the whole way up the windward leg leaving space for BRA 78 to focus and arrive to the windward mark first. The next downwind leg turned out to be quite eventful with a squall coming through and boat handling skill paying dividends with HUN 1 making places from fourth to the lead by the leeward mark. On the last upwind leg it was BRA 78 which took the lead and held the position for the finish.

The second race started in slightly windier conditions with a fantastic start from GER 1 from the pin end of the line to cross the fleet on port and round the windward mark first. GER 1 held their position to the downwind gate followed by BRA 78 and FIN 46 in second and third. A close battle upwind unfolded between GER 1 and NED 33 with GER 1 tacking under FIN 46 in a port/starboard meeting and FIN 46 gaining a small lead by the next windward mark. After some close racing the victory was taken by HUN 11.

With such close racing throughout the fleet the next 4 days are sure to deliver some excellent moments. 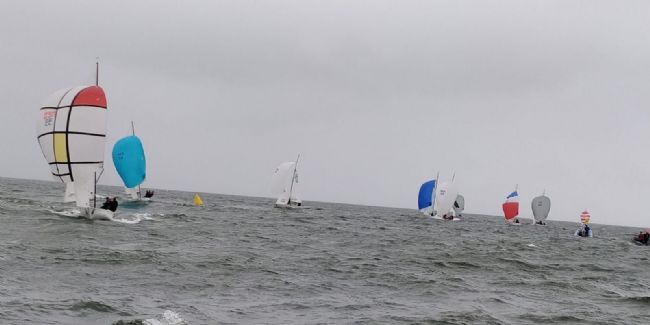 NED 33 and the fabulous spinnaker 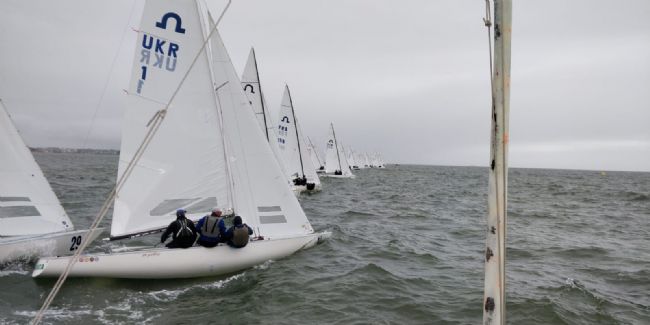 UKR 1 starting at the vessel 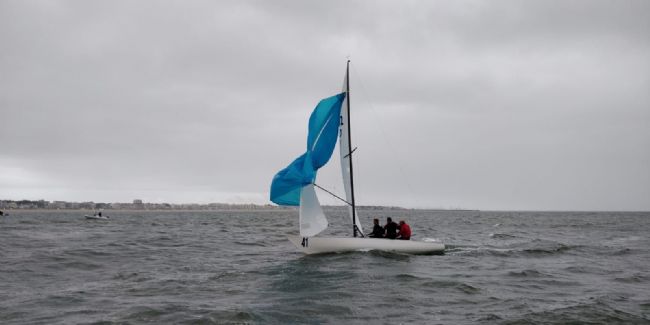